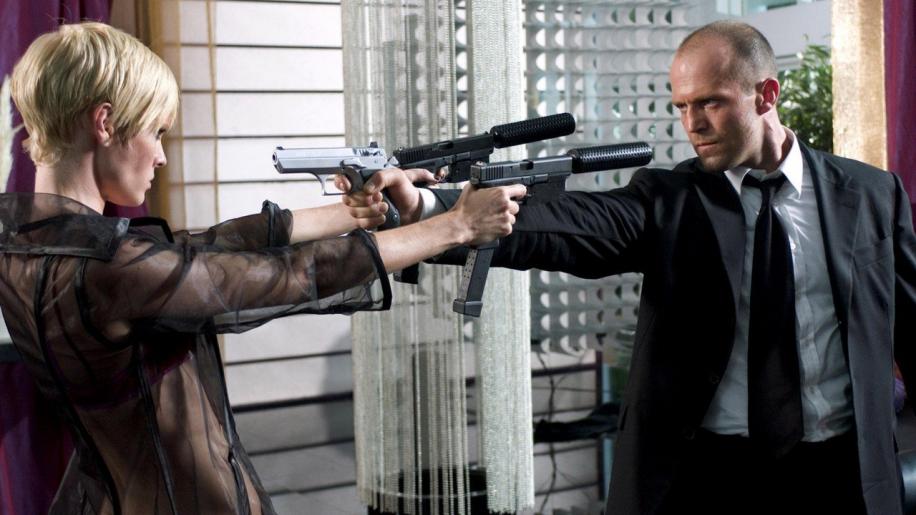 There are two versions of the film on each side of the disc, a theatrically correct 2.35:1 anamorphically enhanced for widescreen TV's and a pan and scan 1.33:1 aspect. The 2.35:1 version is a superb picture, a stunningly bright picture without damage or grain. Detail level is solid through out with edges deep into the distance and no softening. Colours are bright and solid, unfortunately tend to have a very yellow hue a product of the camera filters, but in places it was very yellow. Brightness and contrast gave good blacks though some did wander slightly towards the grey. Digitally there were no compression artefacts and only the faintest glimmer of edge enhancement. In all an excellent picture, with a little more bitrate and attention to the colour this would have been reference. I was not interested in the pan and scan version and therefore didn't even turn it on.

Three Dolby Digital sound tracks to choose from; English 5.1, French and Spanish 3.0 surround. The English track never misses an opportunity to show off, there are some excellent left right effects throughout the film; cars leaving left frame, heavy left speaker, car door slamming right frame, sound from right speaker; the separation was such that each little action on screen was given its corresponding sound; surprising then that there was little made of the front to rear separation. The score was pumped into all six speakers giving a full on experience, range was spread evenly between bass to top. LF effects were many, be it explosions or the satisfying thud of bullets. Dialogue too was given direction when needed and was always clear and precise. In all an excellent track. The Spanish and French surround tracks were a little light in the bass to my ear, though the separation was good. The French had the better dialogue mix as the Spanish can off as too tinny and separate.

The widescreen side plays host to the fourteen deleted and extended scenes which can be watched individually or all together with the play all function. Now although the run time of the play all is twenty minutes the actual amount of new footage is in the region of about three, superfluous material putting the additional content in context makes up the run time. There is nothing in here that could not have been included in the film save some slightly gorier endings obviously removed/reshot to obtain the PG-13 rating.

The flip side contains the remainder of the extra features, slight though they are. First up is the making of featurette, this is a standard piece of promotional material containing more film clips that anything else. Major cast and crew get about a sentence each and there are also a few frames of behind the scenes shooting. I find it astounding that the producer thinks this film has more story than the original, perhaps he made a different film to the one I saw. It only lasts for four minutes and even that was too long.

The Making the music featurette was also directed by Leterrier, consequently it has a more urgent and substantive feel to it. The composer, music producer and director all get a say in their native French dubbed into English. As always plenty of film clips, but this time accompanied by split screen with the orchestra. Slightly more information is given than in the previous effort, but it is still rather dull.

Finally there are two minutes of gaffs, goofs, mistakes and fluffs, seen one, seen them all.

Transporter 2 is a no brain action flick, watch without expectation. High point(s) Kate Nauta, low points the rest of the film. As a DVD Fox has produced a rather weak product, catering for the masses with a correct and pan and scan aspect ratio to the film on a flipper disc with a scant few extras; as rubbish as the film is itself, yet it's still a top seller, what is wrong with the world?