A large dose of nostalgia cant hide a generic formula 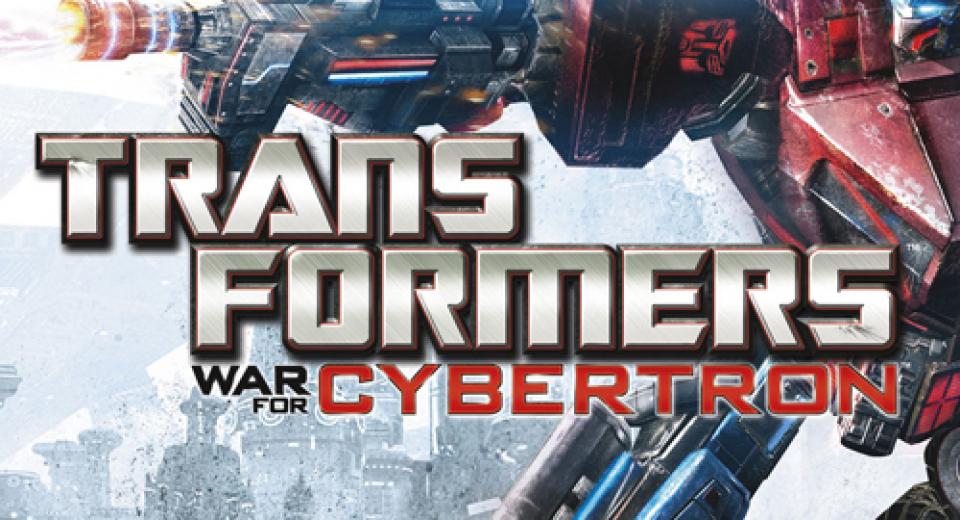 In the spirit of full disclosure I should probably state I’m a pretty huge Transformers nerd, my home network is called Cybertron, I can recite almost every line to the 1986 movie and the music in that movie is in my opinion one of the best scores ever made. So when I first saw Transformers: War For Cybertron and its updated G1 (1st Generation) take on the universe it understandably caused the nostalgia centre of my brain to explode. It’s hard being a child from the eighties nowadays, Hollywood seems to be hell bent on mining our childhood memories and is leaving no comic/cartoon/TV series unturned in the process, GI Joe, Karate Kid and of course the recently resurrected live action Transformers movie all failed to match our rose tinted memories. Games haven't faired much better with previous Transformers titles failing to re-capture the magic of Hasbro’s brightest 80's icons, even the over the top, CGIed to hell and back, Michael Bay reboot couldn’t spin off a game of any worth. When information started emerging about High Moon’s project it was refreshing to see them ignoring all other iterations post G1 and focusing on the rarely visited Cybertronian War, a prequel to everything created in the universe up until now; allowing them to deliver an origin story of sorts for many characters and setting up the events which ultimately led to the first episode of the cartoon; all of which has been officially approved as canon by the Hasbro overlords. Not being tied to a cinema release it seemed this has allowed them a modicum of freedom - the real question is whether they can capitalise on this freedom and deliver a game the fans have been waiting for.

Technically Transformers: War For Cybertron is a good looking game, using the (now par for the course for 3rd person shooters) Unreal Engine 3, like many of its Unreal brethren it's set in space on numerous metallic worlds which unfortunately adds up to the game feeling very familiar. Whilst the levels are well imagined and often huge in scope they are largely repetitive in design and covered in a muted colour palette. When you're consigned to passing through what seems like the same corridors and tunnels it can feel like a grind but there are moments which break the mould and provide excellent vistas; jumping between platforms of debris in orbit of a planet or flying through the bowels of a giant transformer are highlights which make the journey more interesting, however the bread and butter environments can still feel like a trip through a depressingly generic backdrop. The stars of the show are the Transformers themselves; drawing on the G1 designs for inspiration, old favourites look pleasingly similar albeit with some updated detail and changes to their alternate forms. Soundwave for example (complete with Frenzy, Laserbeak and Ravage) looks and sounds just as you might remember but his alternate form of a Boom Box isn’t too handy in a fire fight, hence he now transforms into a Cybertronian car. Considering how closely they have kept everything else, only the most purist of fans would begrudge High Moon this gameplay concession. The animation between the two forms is as good as you would hope with the models folding intricately into place; watching JetFire jump in the air, spin into a jet and boost away is impressive every time. The whole game is essentially a giant homage to the Transformers of old, not only are the character models spot on, the audio and dialogue are filled to the brim with references; some lines from the 1986 movie make it completely unedited into character dialog and relationships and personalities are preserved to hammer the nostalgia home - Soundwave’s cold professionalism and the Megatron/Starscream dynamic are the same as they always were. The only thing missing is a notable soundtrack; music isn’t a large part of the game, with occasional chugging guitars punctuating a subtle background of ambient orchestra, but sadly Stan Bush returns with yet another Transformers themed track which only really confirms that he no longer has "The Touch".
At its core Transformers: War For Cybertron is a fairly standard 3rd person shooter with weapons which fall into the normal weapon categories we are used to (different variations of pistols, rifles, shotguns, grenades and rocket launchers). Where they start to build a base for unique gameplay is by splitting the characters out into classes, each of which have different abilities. Leaders can buff up their surrounding team-mates with a war cry increasing everyone's damage temporarily, Scouts are smaller, faster and have the ability to cloak for a short period, Scientists are jets able to heal their team-mates and finally the Soldier has a powerful Tank form with a devastating melee attack. The single-player game is split up into 2 campaigns (Autobot & Decepticon) with 5 chapters each, the Deception campaign comes chronologically first although you can play them in either order from the outset. Each mission has you and two comrades (or real life friends in campaign coop over Xbox LIVE) rolling out through several levels creating piles of burnt out toaster ovens as you go. Jumping into the game may be a shock to those so used to the many conventions we have come to expect from our 3rd person shooters; gone is regenerating health and the ubiquitous cover system and returning from the 90's are ammo/health/weapon/pickups and giant bosses with pattern based attacks. The final twist in the formula is the alternate form for each character which has its own weapons and ammo but more importantly allows you instant manoeuvrability, especially handy for escaping those sticky situations. Some battles force you to use both forms but for the most part you will stay in robot form to get the job done. Interestingly each campaign has a chapter dedicated to flight with the level and objectives tailored for airborne gameplay, these are a welcome palette cleanser and tailoring missions to the other character classes could have been a nice theme; alas outside of these two missions it’s back to the standard shooting action. Enemies range from your average soldiers and heavily armed "Brutes" to nimble cloakers and giant bosses, each requires a slightly different strategy which once mastered turns them into just another hit box to place your weapon reticule on, a blessing in disguise perhaps since the friendly AI is equally as simple and frequently more useless. Gameplay often boils down to having to make your way to an objective, activate it, defend it and then escape it, along the way you will wade through the multiple types of enemies until you reach a boss fight and then try to find an attack pattern that works. The transformation element and class based characters have minimal impact, more attention will be paid to hunting down the infinitely more useful ammo and health top ups which are plentiful but not always in plain sight. While the single-player game isn’t ground breaking in anyway it’s an enjoyable everyday romp through a well imagined universe. Amendments to the standard shooter formula help to water down the vanilla Unreal shooter but in order to survive fans of the franchise will gorge themselves on the many easter eggs and character interactions which will keep them hooked till end, those without such loyalties may find the 10 hour campaign a little stale by time the credits roll. Just as well then that the single-player campaign could be viewed as a training mode for the surprisingly well implemented multiplayer options, Competitive multiplayer takes the abilities of single-player and expands and ties them into a perk based unlock system, creating an interesting Modern Warfare feel throughout large well designed maps which cater for the different play styles available - Jets can swoop through and around structures to make sting attacks, ground terrain is a mixture of structures with corridors and more open areas for vehicle combat. XP (Experience Points) is earned each round for kills and other actions such as a revenge kill of stopping an enemy just short of a kill streak. That XP is used to unlock weapons and abilities which you can use to create your own unique custom classes, aesthetically you can only recolour the pre-made transformer templates, however more interestingly the range of abilities and character classes gives the player a lot more options to choose from. Aside from melee attacks seeming slightly over powered, the multiplayer shows the promise of having more depth than your average shooter but nothing that could propel it to the heights of the titles it borrowed its template from. If competitive multiplayer isn’t your style then High Moon still have you covered with the cooperative mode called Escalation where players defend against increasingly tougher groups of enemies and earn points which you can spend between waves to gain new weapons, power-ups and unlock areas of the map. If you’ve played one of the many Horde/Fire fight/Zombie modes you will be familiar with the setup and it has the same welcome change of pace and tactics which makes it equally as enjoyable.
The single-player campaign will last around an hour a chapter taking the whole play-through to about 10 hours in total on normal difficulty. A second run through is surely only an option for completionists and die hard fans, whilst the online modes increase the potential for more gameplay significantly and the multiplayer is set out like one of the most popular shooters of this generation, it’s already finding it hard to keep up the numbers required for an online community to thrive - once the new game sheen wears off it’s easy to see multiplayer lobbies becoming sparse and those left raising the skill barrier to entry way above the heads of any newcomers. Escalation however, with its cooperative nature, has the ability to continue for as long as you have friends to stand against the waves with. This feels like a game which has been coming for a while and next to its predecessors' it’s certainly the best effort yet in the franchise, however High Moon have played it safe here, a great deal of effort was poured into maintaining the integrity of the franchise and creating an experience its fans will enjoy; but in the process of doing so they have missed the opportunity to take the game play to new heights rather than in the same direction as the competition. Instead a calculated formula of popular elements have been brought together to provide a familiar enjoyable experience which, while competently executed and loyal to the franchise, could have used a little more imagination.