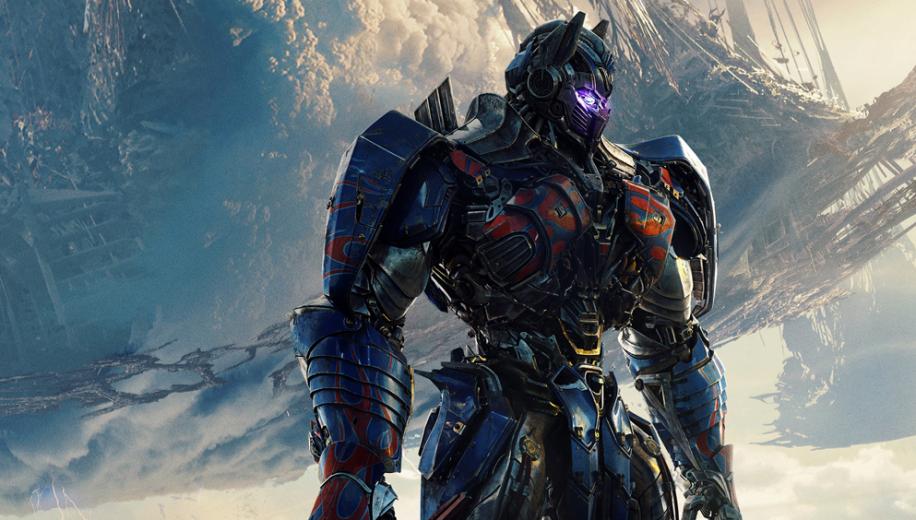 Michael Bay returns with yet another instalment in the Transformers franchise and despite promising that this is his last, he sadly leaves the ending open for another one.

When a film gets to its fifth sequel one cannot help but wonder what else there is to bring to the table that can keep it fresh and exciting. Most of the time these franchises bank on audiences that either love the characters and/or love the simplicity of a plot that can be repackaged time and time again to make for an easy and entertaining watch. This is pretty much the case with Transformers: The Last Knight, except the film makers replaced the central character back in the fourth film bringing in Mark Wahlberg as our unlikely hero in place of Shia LeBeouf.
They've also added Anthony Hopkins which brings some cinematic star power to the mix in a film that seems to have forgotten what happened in the previous four. In 2014's Transformers: Age of Extinction we saw struggling inventor Cade Yeager (Wahlberg) team up with the Autobots in yet another battle against the Decepticons which saw both Chicago (again) and Hong Kong get trashed. That film ended with Optimus Prime departing Earth in search for his maker and leaving the remaining Autobots under the watchful care of Cade. Now we have Transformers: The Last Knight which plans to re-write any Transformer lore previously established and apparently forget (or chose not to address) what happened in the previous film/s. With a narrative so convoluted and running off in every possible direction its easy to forget half of what actually happened in the film. So without giving too much away the film sets up an elaborate backstory involving King Arthur and Merlin which sets in motion the main storyline: a secret society headed up by Hopkins’s Edmund Burton - aided by his C-3PO-like robot butler Cogman (the voice of Jim Carter) - charged with keeping the secrets of the Transformers.

Also new this time around is a sassy British scholar called Vivian Wembley (Laura Haddock) who doubles up as Cade’s love interest as well as being an integral part of saving the planet, along with the addition of Cade’s young (and for the most part pointless) sidekicks Jimmy (Jerrod Carmichael) and Izabella (Isabela Moner) and her R2-D2 like Autobot. Returning from the previous films are Colonel William Lennox (Josh Duhamel) and Agent Simmons (John Turturro) who’s hiding out in Cuba - the only place that hasn’t banned the transforming aliens. There's also an ancient amulet, an evil serpent like robotic creature who looks more like something from Species, oh and don’t forget the actual Autobots and Decepticons.

If that’s not enough to make your head spin, the plot flits between storylines before they even get a chance to settle in or get fully explained. Each narrative strand appears to be just an excuse to progress onto the next fight sequence or car chase involving yet another obvious product placement although, considering the entire film is essentially a giant advert for a line of toys, it shouldn't come as a surprise. All these disparate plot lines stumble towards some semi-coherent explanation, which presumably is the point, but results in a strange narrative mish-mash that visually attacks you before you get the chance to process what’s actually happening on screen.


Visually there is no denying that certain parts are impressive, especially given that almost the entire film was shot in native 3D using the new ALEXA IMAX 65 cameras. However seeing the film in 3D and on the huge IMAX screen was altogether too much for me as the scale of the images meant that looking in one place resulted in the rest of the frame being out of focus. And the combination of fight sequences shot in close up further confused what was taking place on screen. The 3D element didn’t really stand out or add much apart from to the opening sequence which did seem to benefit from it, while the CG in certain places (specifically when two characters are running over a certain large vehicle) was laughable. That said, a couple of scenes that did utilise slow motion and 3D were choreographed extremely well and thus quite impressive to watch.

Director Michael Bay has successfully created an action movie that, if you take it at face value, is reasonably impressive - despite unabashedly borrowing and diluting elements from other well known films and series such as The Da Vinci Code, Star Wars and of course some twisted version of King Arthur. But at the same time the film cuts corners by leaving questions unanswered, abandoning characters at the drop of a hat, and frustratingly getting the geography of England completely wrong. Running at just under two and half hours there is so much crammed into this film in an effort to appeal to every audience members' tastes that you can almost see the boxes being ticked.

It’s exhausting and tiresome in places and relentless in its visual display of fight sequences and car chases. Combined with the fact hardly any of the characters are that likeable, apart from perhaps Hopkins, only further makes this film difficult to enjoy. Swapping out the sexy female counterpart for the young Izabella could have offered a somewhat progressive dimension to the film, but Bay quickly snubs out that idea with the insertion of Vivian who, despite being extremely educated, struts around in pencil skirts and high heels for the most part in typical Bay fashion. Wahlberg ultimately seems surplus to requirements when everything is said and done and while he was sort of funny in Age of Extinction he really isn’t here.

Transformers: The Last Knight is sure to be a success off the back of the previous films and will undoubtedly prove popular with fans of the franchise. It is mindless bombastic entertainment that probably works best if you are able to completely switch off your brain and not think about it at all. For me though, it was too long, unnecessarily muddled and featured too many plot holes and inconsistencies and left me wondering what exactly I'd spent the last two and half hours watching. It definitely requires more than one viewing to make sense of everything jam-packed into the running time – that is if you can bear to put yourself through it a second time.