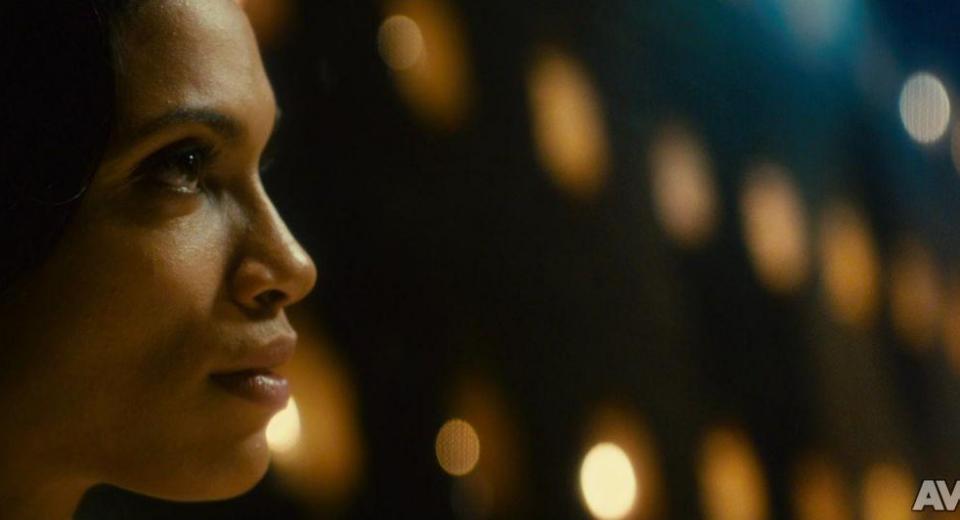 Unsurprisingly for a Danny Boyle film, Trance looks superb, brimming with vibrant colours and hyper-stylisation that was simply built for demo presentation; something which this Region B-locked UK release certainly delivers with its superior 1080p/AVC-encoded High Definition video rendition. Detail is impressive throughout, allowing for strong close-ups and longer shots, showcasing excellent skin textures and clothing weaves, with no sign of any edge enhancement, excessive DNR or otherwise untoward digital manipulation. The colour scheme is strong and broad, an expressive palette dominated by vibrant tones which are totally in-line with Boyle’s chosen style. Black levels are deep and rich, allowing for impressive shadow detail, and, if it weren’t for a smidge of softness and some fleeting noise, this would have easily earned a perfect-10 score. Even with those niggles it lands a secure demo-worthy rating.

On the aural front we get a stomping DTS-HD 5.1 Master Audio which also thankfully doesn’t promote the more boisterous elements at the expense of the subtler acoustics and ambient representation. Still, without a shadow of a doubt, the score is certainly the highlight, with Underworld’s Rick Smith pulling off yet another tour de force accompaniment for Boyle’s vision; the score driving the piece with increasingly furious frenzy. Dialogue comes across clearly and coherently throughout, dominating the frontal array wherever necessary.

Effects are myriad, given life across an energetic soundscape which crafts healthy atmosphere for most every sequence, working in tandem with the aforementioned score to deliver a powerful, at times stunning aural accompaniment. With a fair amount of LFE heft, this offering is impressive and demo quality, although the fact that it has been technically ‘downgraded’ from the 7.1 track that adorns the US counterpart sees it fall short of earning at perfect 10 rating. Still, for most fans – and the majority who don’t even have an eight-speaker setup – this UK release will be more than enough.

NB. It should also be noted that, whilst we lose all of the alternative language tracks, we do gain an Audio Description offering.

Here too the UK release appears to be at the disadvantage of its superior US counterpart, an occurrence which happens in more frequency than it should, with the US release boasting a couple of extras that haven’t made it across the pond, the only notable omission being the 13-minute Short Film entitled Eugene. Everything else is present and accounted for.

Documentary
Making Trance is a four-part half-hour Documentary split into: Danny’s Film Noir, Hypnotherapy, The Look and The Final Rewrite, looking at everything from the modern noir subject to the incorporation of hypnotherapy, from the visual look to the editing process which effectively dictated the final rewrite of the script. Informative, interesting and comprehensive, this is well worth checking out.

Featurette
Danny Boyle Film Retrospective spends a quarter of an hour looking back at Boyle’s film career, and taking us through some common themes and ideas, as well as his reasons for making each of them.

Deleted Scenes
Seventeen minutes of Deleted Scenes split into seven sequences which are little more than brief, inconsequential additions to scenes already present in the feature. Seriously, there’s nothing here that’ll make you jump up and down wishing for it to be reincorporated into the main feature, and perhaps only one of the scenes is even worthy of your time at all.
The disc is rounded off by the Theatrical Trailer.

If you’re prepared to accept the fact that Trance may not be quite as deep and enthralling as the taglines would suggest – that it isn’t Danny Boyle’s answer to Inception; that it’s merely an engaging but throwaway little heist flick in the same vein as anything from Guy Ritchie’s canon – then you’ll likely find it an entertaining way to spend a little over an hour-and-a-half of your time. Perhaps a more considered plot, some less predictably unpredictable characterisations, and some more thought when it comes to a meaningful conclusion would have given this a decent shot at a forging a lasting impression, but, as is, it’s fun, flashy and frenetic, utterly throwaway thriller. Psychological mind-games always make for an interesting starting point, it’s just a shame that this thriller didn’t capitalise on the potential, instead going for style over substance and twists over thoughtfulness.

On Region B locked UK Blu-ray we unfortunately miss out on some of the US features – not least the 7.1 mix and the Short Film extra, but the package is still decent enough to entice those who don’t want to import: the 5.1 alternative is still impressive, the video is stunning, and all the rest of the extras are present and accounted for. If you enjoyed the movie and don’t want to import, this is a solid enough release, but if you’re just curious it’s probably only worth a rental and, after that, you’ll then have to decide whether to pick up this release or venture further afield for a superior edition.