Ever fancied having a crack at being a train driver? Here's your best chance to try it out first-hand without making a rather dramatic career change... 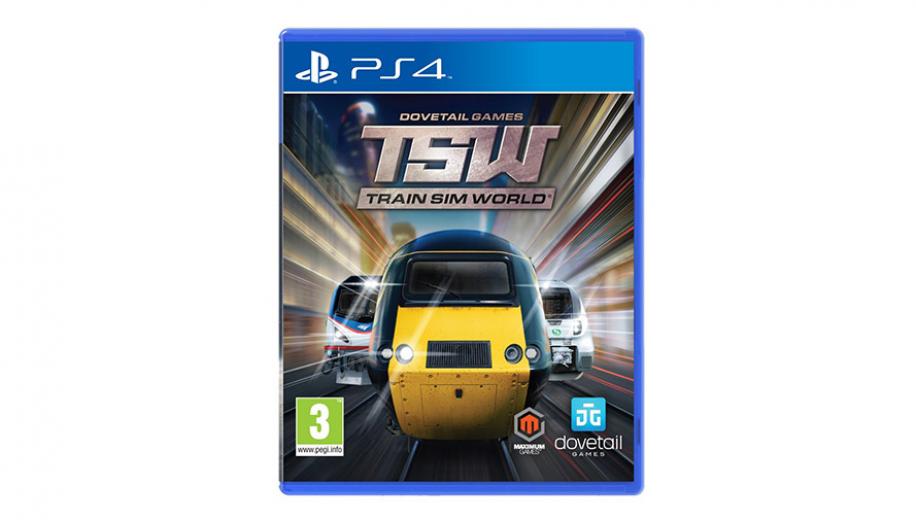 The sheer breadth of experiences made possible by videogames never ceases to amaze us. Why, this year alone, we've been allowed to step into the boots of a demi-god to upset the balance of the Norse mythological pantheon, won honours with some of the top sporting teams in the world, become legendary pirates, spearheaded an android revolution, scaled towering mountains, teamed up with fellow slayers to bring down myriad gigantic beasts and then wear them... the list of otherwise-impossible experiences you can have with a controller in hand is so vast as to be effectively endless. But not every game need embrace the fantastical to deliver a unique proposition, and the rise of so-called 'walking simulators' like Gone Home and Firewatch alongside the continued success of more traditional simulations would certainly suggest that plenty of players are happy for their gaming experiences to be significantly more grounded. And it doesn't come any more grounded than this.

The game now approaching Platform 4 is the 12:30 service to An Extremely Specific Power Fantasy, or, to give it its actual title, Train Sim World – Dovetail's latest rail simulator and your chance to step into the cabins of a number of passenger and freight trains to press and pull a bunch of buttons and levers without fear of being arrested. It might seem like a niche concept, and it is, but that in itself is a little strange. Pretty much every racing game lets us slide behind the wheel of an exotic sports car we'll never be able to afford, but that cost factor is effectively the only barrier between fantasy and potential reality. Here, confronted with a deck of switches, panels and levers so abstract to most that it might as well be the controls of an alien spaceship, we're presented with an experience that most will never have in real life regardless of wealth, and one that is only seen as less attractive due to decades of pop culture telling us that all fast cars are cool. Meanwhile, the only famous trains of note in the same time period either have creepy faces or depart from non-existent fractional platforms to take kids to a pretend magic school. We're not saying it's Ferris Bueller's fault, but it's definitely Ferris Bueller's fault. Even the simple act of getting the thing moving is rewarding

If you happen to be part of Train Sim World's primary demographic and know the featured trains by model number, then welcome to your new favourite game. Interiors of both cabins and carriages are realistically recreated, as are routes and even schedules for the three lines featured in the game. Based around Leipzig, New York and London, these routes and locations are authentically recreated so that what you'd see out of the window while riding the rails in real life is exactly what you'll see from the virtual driver's seat. It's impressive in that regard, although passenger density and variety often break the illusion and make it feel like you're shipping handfuls of clones around post-apocalyptic versions of the places portrayed rather than serving the expected thousands on their daily commutes. That's actually a lot easier to ignore from the isolation of the driver's seat, although it becomes glaringly obvious should you decide to make use of Train Sim World's latest step into full simulation territory – letting players take the role of passengers. Sure, watching the world go by as the rhythmic chugging of the wheels lulls you ever closer to an accidental nap is relaxing, at least for a bit, but it's more rudimentary screensaver than game. There aren't enough other folks getting on and off to make it feel believable (let alone to allow for any people-watching), there isn't much in the way of admirable scenery on any of the routes, and the lack of a 'get your phone out' button means you just end up breaking the fourth wall and doing it in real life instead. It's an addition of next-to-no merit in its current form, albeit one that could easily be fascinating if executed better.

Actually piloting these giant metal contraptions, on the other hand, proves universally captivating at first whether you fall at the enthusiast or novice end of the spectrum. Tutorials for each train run through their unique start-up procedures and operational differences, a going-through-the-motions checklist for the experts who know their way around these machines, sure, but a surprisingly daunting process for the less-informed who may have previously assumed that trains had two buttons labelled 'go' and 'stop'. With the more complex vehicles in particular, even the simple act of getting the thing moving is rewarding due to just how many steps are involved, and each class of train brings its own gameplay permutations. Freight work has a lot of precision movement in carefully shunting, loading cargo and coupling, for instance, and is best saved for once you have better control over these powerful engines, while even the seemingly dull stop/start loop of the passenger services is actually a series of extremely tight time trial stages. Every second saved with perfectly gauged deceleration, stopping, and signal clearance pushes you once step closer to reaching your destination on time, avoiding the ire of the (few) people waiting on the platforms or in your carriages. This is the real meat of the game, and we'd be lying if we said we didn't end up oddly enjoying it at times once we started to get a handle on the dashboard controls, which can themselves be a little fiddly with a controller instead of the mouse and keyboard this type of sim is usually designed for.


It starts to feel like work rather than fun Leaves On The Line

As much as it may be an intriguing curio for those outside of train fandom and a dream come true for loco worshippers, there are certainly questions to be asked of Train Sim World's amount of content. 'World' seems like a slightly reaching suffix for a game that only actually covers small patches of three different countries, and the handful of scenarios for each are only going to hold the attention of fanatics willing to replay each ad nauseum for no real gain beyond the experience itself. Take control of the commuter service from Paddington to Reading more than a couple of times and it starts to feel like work rather than fun – a clear sign that TSW is doing a lot of things right as a simulator, sure, but it's here that the novelty wears off for all but the most committed to the cause. The freedom to explore platforms on foot and just hop on and off trains as they come and go (even commandeering their route to drive yourself if you feel so inclined) is a nice addition in theory, but platforms are lifeless and invisible barriers prevent you from seeing much of anything, while pointless collectibles only serve to remind that this is still very much a videogame.

It's certainly an acquired taste, then, and as such, it's rather tough to pin a numerical value on in assessing it – the game's value to train enthusiasts is naturally much greater than to anyone just looking for a new and different experience, and the impressive authenticity with even minor details that it displays can help gloss over the shortcomings so long as you're able to appreciate them. As such, you probably already know if this game is going to be for you, although we'd certainly encourage anyone on the fence to give it a try, at least – it's certainly a unique colour in the spectrum of modern console gaming, and the sedate pace and technical nature might just end up being the breath of fresh air you've been looking for in a new game. Maybe. Still, it could be worse – at least it's not Replacement Bus Service Simulator.


Those with a passion for trains should hop aboard without delay Train Sim World is obviously a game created with a very specific audience in mind, and we have no doubt that those fans will easily get their money's worth from what is a solid and realistic if somewhat sterile and lifeless simulator.

Its relatively narrow focus means it's never going to enjoy the wider appeal of broader simulators such as flight (with greater vehicle diversity and much more open maps) or even rising star, farming (which places a much greater focus on player choice in terms of what crops to grow, how to manage plots, and so forth)... it is, literally and figuratively, on-rails compared to the freedom of other sims, and that can only harm its long-term appeal for all but a very small niche of players.

It's good at what it does, as you'd expect from a team with this much experience in the field, but what it does is just inherently extremely limited.

Those with a passion for trains should hop aboard without delay, but most average players will likely find that once the initial novelty wears off, the experience quickly runs out of steam.