AVForums finally get their hands on a Powerline Adaptor with Gigabit Ethernet! 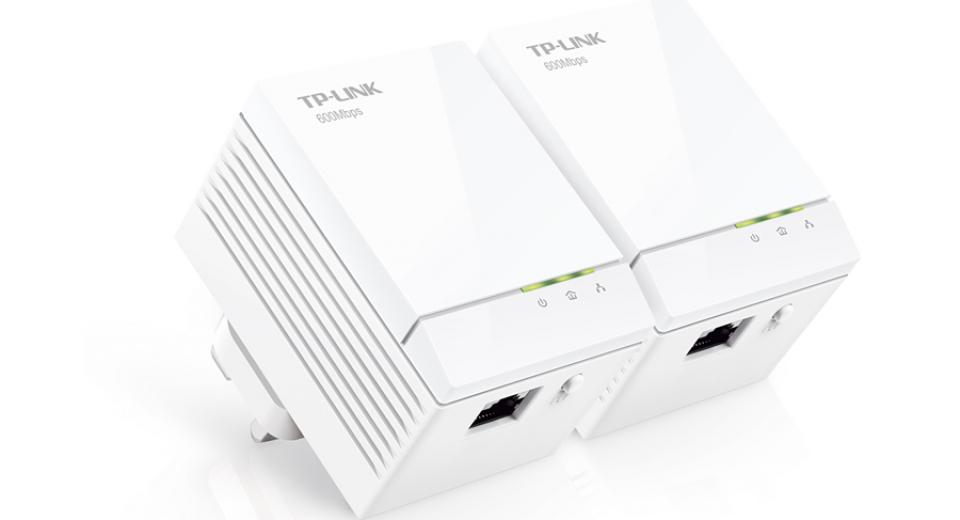 Powerline Adaptors are quickly becoming a must have item in a modern network connected home. Offering genuine value for money, they easily enable you to provide all areas of your home with network connectivity. Gone are the days of having unsightly cables all over the place, drilling holes in walls or having no go areas of your home that wireless signals just can't reach. You also no longer need to mess about configuring that old wireless router that is gathering dust in the cupboard to act as a wireless access point. If your room has an electrical outlet then by simply plugging in a Powerline adaptor near your router and the second one in your chosen room you'll have fast wired or even wireless network access. In previous reviews of Powerline Adaptors, we noted our issues with the claimed 'up to' speeds and the restrictions the Fast Ethernet Ports (maximum 100Mbps) have on these claims. Well this new Powerline Adaptor set from TP-LINK should hopefully put those issues to bed. The TL-PA6010KIT has a pair of 600Mbps Powerline Adaptors with Gigabit Ethernet ports and we're particularly eager to see just how much we can squeeze out of these now the Fast Ethernet port restriction has been removed. Let's find out. The TP-LINK TL-PA6010KIT contains a pair of PA6010 600Mbps Powerline Adaptors together with the usual Ethernet cables, instructions and resource CD. Measuring just 47mm wide x 63mm high and 47mm deep, these adaptors are the smallest we have reviewed so far and certainly attest to TP-LINK's claim of being 'one of the smallest Powerline adapters in the world'. Thanks to their small size you won't have any issues with an adaptor obscuring a neighbouring socket or other plugs in a 4 way extension for example. The adaptors are made from the familiar white hard plastic shell that seems to be the norm these days, with air vents on each side. To the bottom is a single Gigabit Ethernet port together with the pairing button. As with all the powerline adaptors we have reviewed the setup and installation is again as simple and quick as we have become accustomed to. You simply plug the first adaptor in and connect it to your router, plug the second adaptor in and then press the pairing button and within 30 seconds or so the powerline network is fully up and running complete with 128-bit AES security encryption. No messing about with settings, it really is one of the easiest devices to install. The adaptors are fully HomePlug AV compliant so adding additional ones should present no problems.

As with our previous reviews of Powerline adaptors we're still having issues with the claimed speeds. None of the manufacturers appear to be concerned with this issue and happily print claims of up to 200Mbps and 500Mbps on their packaging and marketing materials. To date, due to the inclusion of Fast Ethernet ports (max of 100Mbps), the reality is that you won't ever get anywhere near the claimed 'up to' speeds, not even close. One major positive with this new set from TP-LINK is that at last they have fitted Gigabit Ethernet ports so we have at least removed one major obstacle to getting above 100Mbps. Unfortunately they then have compounded our issue with the claimed speeds by increasing it to 'Up to 600Mbps'. We really feel these claimed speeds should be properly clarified by all the manufacturers to avoid confusion amongst consumers. Moving onto the actual testing and the full speed of our internet connection (40Mbps) was achieved without any problems. For streaming from a service such as Netflix in HD, again we had no issues and as you can see from the DUMeter software screenshot below we saw peaks of over 35Mbps and then decrease to between 4-8Mbps during playback. The playback started immediately with no freezing for additional buffering or any other issues suffered.
We saw excellent download speeds of 164Mbps, peaking around 170Mbps, and for uploads we achieved an equally impressive 158Mbps.
When it came to the file transfer testing across our network, we were keen to see how a powerline adaptor with Gigabit Ethernet ports performed because the 100Mbps maximum speeds that have limited performance previously should not be an issue here. Firstly it is worth checking that all your equipment has Gigabit ethernet ports, as some routers for example only may have 1 out of 4 ports that are Gigabit. With the download tests we saw excellent speeds of 164Mbps with peaks around the 170Mbps range and for uploads we achieved a slightly lower but still impressive 158Mbps. With the simultaneous file transfer test we achieved about 70Mbps each for both uploads and downloads. We had hoped to get much faster speeds here but with the restriction of the fast ethernet ports having been removed the physical limitations of the home wiring now comes into play and apart from laboratory conditions perhaps these are the fastest speeds you may achieve? The speeds seen here should be easily fast enough to transfer files quickly across your network or stream multiple HD content to your media centre and other devices for example. For clarification we carried out these tests on the same Ring circuit to ensure the best possible speeds from our review location.

Unfortunately TP-LINK appear to have removed the Powerline Utility software from their website and it can only be found by choosing a much older Powerline Adapator and then downloading it for that device. The software still works but whether the information is accurate is another matter and until a new version for these latest adaptors is released by TP-LINK it is not recommended to use it to change any settings. A disappointing scenario and one we hope TP-LINK quickly rectifies but for the majority of users the utility software would not be required anyway.

Another impressive product from TP-LINK that has given us a very similar experience to all the Powerline Adaptors we have reviewed so far. It's a product that anyone who can literally push a plug into a wall socket can install. The setup is really that easy. No settings to mess about with and you get a product that is truly Plug and Play. Within 30 seconds of plugging both devices in and pressing the pair button to enable the security you have a fully secure Powerline network. Deciding on which wall outlet to plug it into is probably the hardest decision needed when installing these, it really is that simple.

As mentioned in the main body of the review, we still take issue with the quoted 'up to' speeds which TP-LINK have not helped here by increasing to 'Up to 600Mbps'. A speed that you will never attain. It really is about time manufacturers properly clarified what these 'up to' speeds actually mean. At least with the adaptors here the Gigabit Ethernet ports have removed the 100Mbps restriction that all the previous powerline adaptors we have reviewed suffered from but pie in the sky speed claims are really helping no one.

The adaptors themselves are very small and compact and offer good value for money. During out testing we achieved excellent speeds of 170Mbps for download and 158Mbps for upload with a shared speed of 70Mbps each for simultaneous transfers. These results are now the fastest we have seen on any of the Powerline adaptors reviewed to date and whilst nowhere near TP-LINK's claimed speeds of 600Mbps, should still offer a network speed that is easily fast enough for streaming HD movies to multiple sources for example. Our issue with the claimed speeds notwithstanding, given the price and performance of the TL-PA6010KIT, we are happy to recommend it.