Or how Disney, Steve Jobs and a Tin Toy changed film history 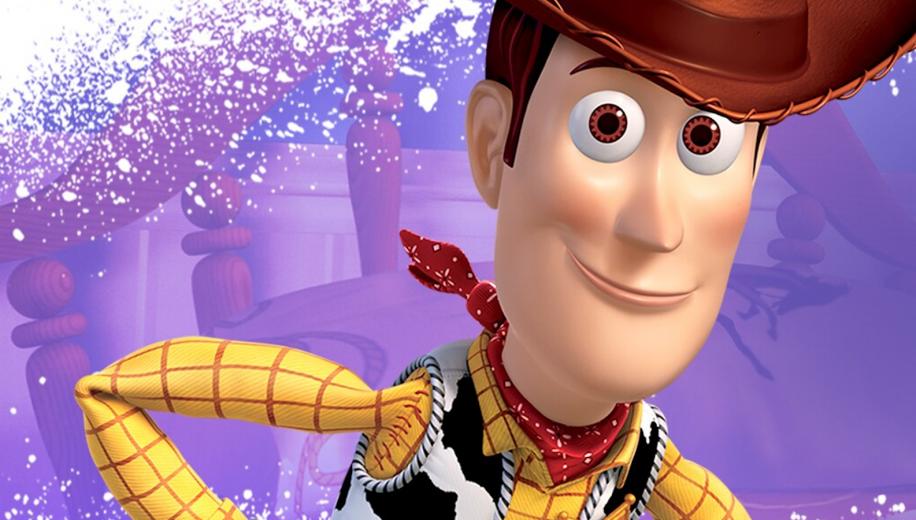 The birth of, and arguably the backbone of, Pixar, the first Toy Story may no longer look like the groundbreaking animation it was in 1995, but it remains an animated masterpiece.

With the Steve Jobs-owned Pixar on the brink of bankruptcy, and Disney unsure as to a partnership but interested in turning the Tin Toy premise into a fully-fledged feature, history would be made, giving the world the first ever computer animated feature film, propelling Pixar well on their way towards their eventual multi-billion dollar Disney buyout a decade later, and affording what would be - and in many ways still is - the benchmark for their animated output, and thus for everything made in this genre.

Toy Story was in some ways the Iron Man of Pixar productions - its success over failure determined the fate of not just the now 4-film franchise, but actually the entire studio, eventually proving an integral component in the Disney monolith. At the time, it was unheard of. A fully computer animated film? Nobody thought that could really work, but after this was done, Pixar - and Jobs - had everybody from film studios to computer game studios knocking on their door to get their hands on the technology.

But as the decades pass and the technology finally starts to look dated, it's the heartfelt core that keeps the fires burning for this lovable collection of colourful characters. This was a breakthrough too: until Pixar came along, few would have thought that PG - or U - animated features could appeal across the board to ages old and young. And not just adults embracing their youthful core; Pixar movies provide that dual layer which gives all the colourfully exciting kid-friendly excitement an added level that only adults are in on, and it all started here with Woody and Buzz, and their tale of jealousy and friendship.

Voice casting was tremendous - Hanks may be the big name on the list but Tim Allen owns Buzz Lightyear, and the two together make for a perfect team. The Whedon-infused script is also superb, brimming with a superior combination of Disney magic and subtle wit - again the cornerstone of future Pixar classics - and never strays from the warm heart that it nurtures. Indeed, it's a testament to the quality of the production that, a quarter of a century on, whole new generations can still enjoy it, and in the company of the very adults who embraced it back when they were kids.


Toy Story makes its UK 4K Ultra HD Blu-ray bow courtesy of Disney in the wake of their likely identical US release from earlier this year. Despite being - shockingly - almost 25 years old, they really have worked wonders with the source material, refreshing every frame for 4K with wonderful new colours and depths of colours that add texturing to even this older CG animation style.


Despite being - shockingly - almost 25 years old, they really have worked wonders with the source material

Toy Story can't completely hide its more limited animation style - anybody who has seen just the opening sequence of the latest Toy Story 4 will immediately notice the striking differences that better technology has afforded the franchise over the decades - but it's amazing to see this much detail pulled from an image that ostensibly shouldn't have it. Clarity comes with little sign of overt sharpening, and texturing affords Mr Potato-head some nice light dimpling, Rex gorgeous cracked dino skin that almost feels tangible, and nuance to everything from the bed covers to the sofa.

Clearly, it's the HDR and WCG elements that make all the difference, affording Bo Peep a glistening porcelain body, wonderful reflection to Buzz's helmet, refinement to the eyes, and some real primary dominance. The colour depth brings with it detail depth that the SDR Blu-ray had no hope of accessing, and black levels give an inky backdrop to the proceedings and stunning shadow-play. The image properly pops, giving it that extra depth of dimension, albeit in clever design rather than actuality, and whilst this isn't the reference excellence of its latter instalments on the format, it's a stunning refinement of an all-time classic nonetheless, leaving it looking better than ever before.

The Blu-ray's DTS-HD Master Audio 5.1 track has also been impressing audiences for a decade, but it gets an upgrade too here on this 4K Ultra HD disc which affords us a surprisingly punchy Dolby Atmos track that comes replete with palpable LFE impact and decent surround usage.

Dialogue is keenly prioritised throughout, whilst Toy Story's signature score, which at times could have been pulled from a classic Western, enjoys prominence too, alone making this something of an engulfing ride that draws you even further into the classic feature. It's the effects that sometimes surprise, however, with Rex's first stomp carrying some decent LFE weight - and even his later, more successful, roar booming out across the array. Trucks rumble across your living room, whilst the arcade pings with all-around electronic insanity. It's an intoxicating aural affair.

Toy Story's 4K Ultra HD Blu-ray disc itself is utterly bare bones, but the accompanying Blu-ray is packed to the gills with the previously released extra features that should more than satisfy fans.


Toy Story's 4K disc is bare bones, but the Blu-ray is packed

The old extras are headlined by an Audio Commentary hosted by a whole host of crew members, whilst we get almost a dozen Featurettes, as well as some Deleted Scenes and Galleries.

The benchmark for everything made in this genre
Toy Story's UK 4K Ultra HD Blu-ray bow gives it a veritable new lease of life, almost a quarter of a century since it wowed audiences with boundary-pushing animated technology and heart and soul in equal measure, delivering a 4K presentation which does its best to breathe new life into what is - undeniably - dated CG animation, coupled with stunning Atmos audio and a decent selection of extras. It's clearly a must-have purchase to complete your Toy Story 4K Collection.