"There's only one way toys leave this place." 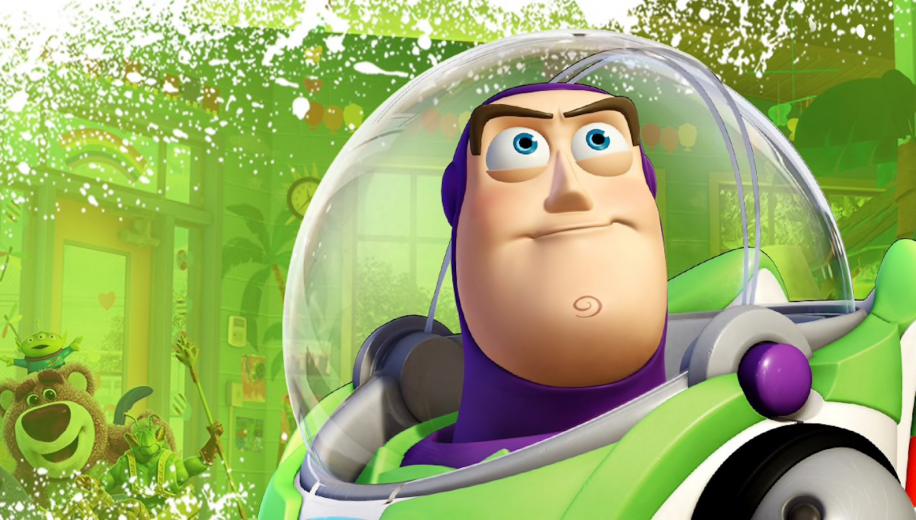 Despite the monumental critical and commercial success of the first two films, production problems would continue to plague the franchise even for the third outing, with an imminent split between Disney and Pixar leading Disney - who owned the rights - to make plans with another animation house, eventually coming up with a story with Buzz headlining (Tim Allen was one of the few who was more than prepared to jump ship; something which many believe led to his character's smaller and more Spanish role this time out), about a toy recall that sees all the Lightyears shipped back to Taiwan. Eventually, the record-breaking buyout of Pixar would lead to an in-house sequel with a new script from scratch, but all the behind the scenes issues left fans waiting a decade for these beloved characters to return.

The story was founded on a simple enough premise - Andy had grown up and left for college, and his favourite toys get accidentally put in the trash. Believing themselves to be discarded, they head to a daycare centre, expecting to find new children to play with them - forever - but soon discovering that the centre is run like a prison, with a tyrannical and sadistic warden, and that they are going to have to escape, and bring all of the persecuted toys there with them.


An organic tale which follows through from the vibes of Toy Story 2's nascent rejection themes, questioning the future for these once-cherished toys

Toy Story 3 did the impossible, breaking the rule about third films (Godfather III, Terminator 3, Robocop 3, Spider-Man 3, X-Men: The Last Stand) and joining the shortlist of rare second sequels that compare to the original (Die Hard with a Vengeance, Indiana Jones and the Last Crusade), again working in an organic tale which follows through from the vibes of Toy Story 2's nascent rejection themes, questioning the future for these once-cherished toys, and putting them through a wonderful prison-set escapade which introduces some great new characters (Ned Beatty's Lotso was a much better villain than the series had hitherto enjoyed) whilst putting a spin on some of the old ones (the aforementioned Spanish twist for Buzz earns plenty of laughs).

Hanks' Woody still leads the charge, Cusack's Jessie is far from grating this time out, and the likes of Michael Keaton and Tim Dalton make for colourful additions to the crew, with Pixar turning in another masterful effort that actually broke its own records - ending up as the first animated film to make over $1 billion. Nobody would have been upset if the series had ended here on a high; let's face it, it was the perfect ending.


Toy Story 3 makes its UK 4K Ultra HD Blu-ray bow courtesy of Disney following their earlier, identical US release. Following the first film in 4K and the second film in 4K, the improvements continue to be evident on the visual front, leaving a stunning presentation that is utterly demo, and truly hard to fault.


A stunning presentation that is utterly demo

If you were impressed by the step up from the first to the second movie, then the third entry will blow you away, achieving near-perfection in terms of refined images, clarity, depth and texturing. The attention to detail is stunning, picking up on every fine nuance that you could imagine. There's so much to revel in here, with the wider shots (particularly once we hit the daycare) revealing a whole wonderful world of richness and subtlety, at once staying true to the original designs of these toy characters, whilst also refining them superbly.

From the opening Wild West sequence (which is the best of the bunch so far) to the tense finale, there are so many wonderful moments to behold, but of course it's not really the technical upgrade that defines this release, but more the added enhancements, with WCG and HDR once again pushing this head and shoulder above the SDR Blu-ray counterpart. Primary dominance is undeniable, and HDR just loves the primaries on offer here, finding richer depth to the tones, and somehow realising added texture as a result (one of the marvels of HDR when it comes to animated works). Shadows are fabulous, and shadow detail tremendous, with black levels giving the piece a formidable backbone. It's a stellar video presentation.

Continuing the aural upgrades in the series, Toy Story 3 enjoys high definition 3D object-based immersive audio track in the form of a superb Dolby Atmos track that gives the video presentation a run for its money in terms of demo material.

Dialogue is firmly prioritised across the front and centre channels, rising above the maelstrom to remain clearly and coherently disseminated throughout. The score follows the same memorable thematic tones as its predecessors and remains fabulously respected on the track, giving the array plenty to do, and of course the effects afford some wonderful moments - from the epic opening setpiece which repeatedly doubles-down on what you might expect to happen next, to the various skirmishes on the way to the junkyard finale. There are some subtle nuances which provide some degree of noteworthy directionality, and the LFE input is persistent, giving the whole piece a rich core. It's another fabulous Toy Story audio track, and it's the best yet.

Toy Story 3's 4K Ultra HD Blu-ray disc itself is unsurprisingly bare bones, as with the first two movies on 4K, but the accompanying Blu-rays are identical to the previous 2-disc set, and similarly packed with all the old and plentiful extras.

From the Short Films and Trailers to the dozens of Featurettes and Promo clips, the production is dissected in detail and pretty much everything is covered here, treating it as if it were the last of the franchise and the end of an era which, at the time, it arguably was.

Toy Story 3 did the impossible, joining the shortlist of rare second sequels that compare to the original
Toy Story 3's UK 4K Ultra HD Blu-ray release once again takes a step up over the first two, 15 years on and the animation was better than ever, thankfully coming with a script and story that didn't let the franchise down. The results are near-perfect video and audio in 4K with Atmos, as well as a tremendous set of extra features, affording a trifecta of must-have purchases in instalments 1-3 of the Toy Story 4K Collection.