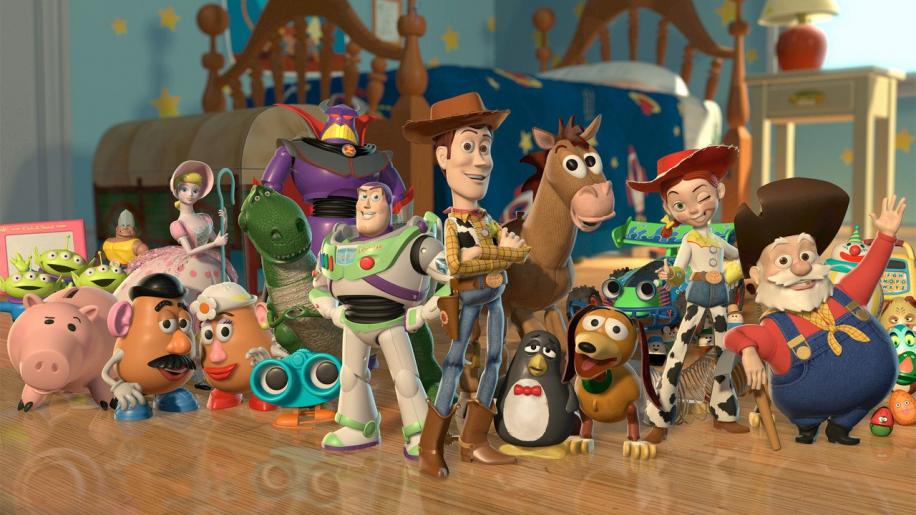 What do The Godfather Part II, The Empire Strikes Back and Aliens have in common? They are all sequels that are arguably better than their originals. To that illustrious list we can add Toy Story 2, a sequel that surpasses its original in every way, to deliver a truly rewarding film going experience. The fact that Toy Story 2 was so successful, both creatively and commercially, is even more amazing when understand its troubled history.

There was talk of a sequel to Toy Story, when the original film was still in the theatres but it wasn’t officially announced by Disney until a press release on the 12th of March 1997. By then Pixar  was in the middle of making A Bug’s Life, so the decision was made to produce Toy Story 2 as a direct-to-video sequel, a sideline that had been proving very profitable for Disney. However problems began to surface quite quickly and Disney became unhappy with the slow progress, despite Pixar using all the staff that weren’t already working on A Bug’s Life. The big problem was that Lasseter was not the only one immersed in another project, the other Toy Story alumni were also busy - Andrew Stanton was working on A Bug’s Life as well and Pete Doctor was in pre-production on what eventually became Monsters Inc. Lasseter felt the new project could be a chance to develop new talent and handed the directing duties to Ash Brannon.

Despite the logistical and financial constraints of a direct-to-video sequel and despite his animators being drawn from Pixar’s Interactive Products Group because everyone else was working on A Bug’s Life, the quality of the work was excellent. It was so good in fact that Disney suggested turning Toy Story 2 into a theatrical feature. The team at Pixar realised that if Toy Story 2 was to be a theatrical feature they would need another 15 minutes of material and it needed to be integral to the story and not just padding. Lasseter called a summit meeting at his house and over a weekend he, Stanton, Doctor, Brannon and the late Joe Ranft thrashed out a revised version of Toy Story 2. Disney liked the changes and gave the go-ahead to turn Toy Story 2 into a theatrical feature under the same terms as Pixar’s existing agreement with the studio. This was in February 1998 and the planned released date was set for November 1999, which was considered long enough, given that some of the animation had already been completed and the animators could reuse some of the digital elements from the original Toy Story.

Unfortunately after the release of A Bug’s Life, Lasseter had time to watch some of the Toy Story 2 development reels and realised that the film wasn’t working. This was less than a year before the release date, which couldn’t be changed due to licensing agreements. In desperation Lasseter took charge of art, modeling and lighting whilst Brannon focused on development, story and animation and Lee Unkrich was brought in to oversee editing and layout. The work load was colossal and the Pixar crew were working round the clock to deliver a film that was both on time and to the expected standards of the fledgling studio. Ultimately to meet Disney’s deadline, Pixar had to complete Toy Story 2 in just nine months, which is a ridiculously short period of time when you consider that the average animated film can take between three and five years to make.

Incredibly despite the time constraints, Pixar delivered the goods and Toy Story 2 was both a critical and commercial success. The animation was far better than in the original film, in part because the technology had moved on and also due to the learning experiences on both Toy Story and A Bug’s Life. There is a flair to the animation and a confidence that comes from knowing that what you’re producing is really good. The scope of the sequel is far greater than the original and story is much deeper emotionally, dealing with serious themes of friendship and abandonment. There are also some great jokes, some cutting dialogue, a host of references to other movies and even a few knowing asides to the original film and its merchandising.

All of the original voice cast came back and delivered great performances once again but this time they were joined by Joan Cusack who voiced Jessie and Kelsey Grammer who voiced Stinky Pete. It is the addition of Jessie that gives the film its emotional core and directly addresses what happens when a child grows up and the pain of abandonment. We can all relate to being left behind in some way and it would take a hard heart not to shed a few tears when Jessie’s backstory is revealed during the song “When She Loved Me”. The other major theme is that by their nature the toys want to be played with and the film looks at the effect on them when they aren’t or in some cases don’t want to be.

Despite Toy Story 2's commercial success - it made $485 million worldwide - it would be over 10 years befor Pixar returned to the Toy Story universe. By the time Pixar began production on the third Toy Story movie, 3D had come back into fashion and the decision was made to make that movie in Disney Digital 3D. As a result Pixar decided to convert the previous two Toy Story movies into Disney Digital 3D as well and rerelease them at the cinema prior to the third film opening. To Pixar’s credit they decided not to just convert the finished films into 3D as had been done with other features but to actually re-render the films as if they had been originally created for 3D. To do this required a four month period of locating the original computer data, a process that Lasseter referred to as “digital archaeology”, followed by six months of additional animation. To produce the 3D version, the animators placed a second virtual camera into each scene, thus creating the left-eye and right eye views needed to achieve the perception of depth.

The entire process was overseen by lead stereographer Bob Whitehill who used the added dimensionality to enhance the emotional impact of the narrative. He studied the entire film and looked for story reasons to use the 3D in different ways. For example he deliberately narrowed the depth of shots in Andy’s bedroom, where the toys would feel safe. However out in the real world, he made the 3D much deeper to make the environment more frightening and overwhelming. The work that Whitehill and his team have done is quite remarkable and unless you already knew, you would swear that Toy Story 2 was conceived for 3D. Shot after shot makes incredibly effective use of the added depth and even the production design seems to lend itself to the added dimensionality.

Toy Story 2 is that rarest of creatures, a sequel that is actually better than the original, with greater character development, a more exciting plot, even more jokes and a strong emotional core. Despite a troubled production history that resulted in the film being completed in less than a year, the animation remains remarkable and is full of detail and imagination. The film remains just as effective today as it did 13 years ago and whilst technology has moved on, a good story remains a good story and Toy Story 2 will always be a classic.