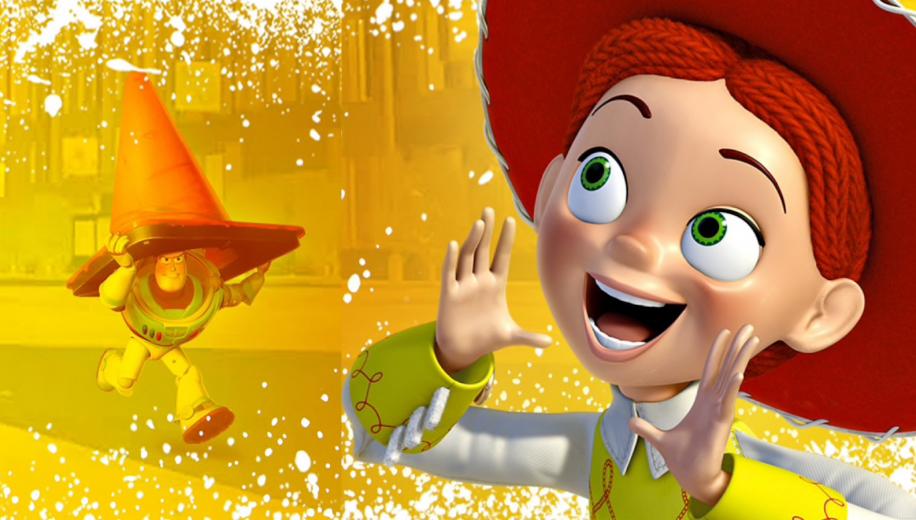 That rare sequel that almost lives up to the original, the first may have set the benchmark high, but Toy Story 2 somehow rose to the challenge.

Looking back, you would think that a sequel to the critically and commercially super-successful film that made Pixar would have been a no-brainer, but originally Disney - who at that stage hadn't yet bought Pixar for billions, but who still had control over the Toy Story brand - was actually more interested in a direct-to-video sequel in the vein of their universally inferior Disney classic sequels. It was understandable really, after all, up until that point, it had been regarded as absurd to even think of promoting an animated movie sequel theatrically, and it had only been but four short years since Toy Story's debut as a computer animated feature film in the first place. And, even when Disney was won over by early promo reels, they still wanted it to be reworked from scratch, making the production schedule even more challenging, and that's before - in one of the most infamous movie 'disasters' of the animation industry - someone accidentally commenced a deletion of all the animation files. Suffice to say, against all odds, it all worked out in the end.

Toy Story 2 is often regarded as the Godfather Part II of the franchise and, even if time hasn't quite been as forgiving to it as it has to the original, you can still see why this comparison was made in the first place. Not only did it bring back all of the lovable - and tremendously well developed - characters from the original, but it doubled-down on the dual-layered adult/child narratives, delivering a devastatingly poignant absolute franchise high moment with its When She Loved Me montage. It's almost heartbreaking to endure as a parent, and crazy to think that, 20 years ago, you may have had an entirely different interpretation of the song, as a kid. Pixar has come up with some inspired moments of genius over the years but, aside from perhaps the opening of Up, nothing has really come close to the power of this single sequence.

The cast is once again the backbone of the piece, making the most of the superb script, with Hanks and Allen absolutely assured in these iconic roles, although the spunky cowgirl addition of Joan Cusack, as well as the rich tones of Kelsey Grammar as the nefarious Prospector, don't quite endure as well - Cusack grates quickly enough and Prospector ends up a bit of a weak villain. Indeed, at the end of the day, even Woody being persuaded to give up his life as a beloved child's toy feels contrived, but thankfully there's more than enough going off in the background - including (at least) two Buzz's and a great little Star Wars riff - to keep both old and young entertained. It certainly deserves praise for trying to take the characters in an organic direction, rather than just retread the same beats as the first film, and the razor focus on catering for that impossibly broad age range that Pixar is now renowned for is similarly laudable. It was a winning success all around, getting Pixar one step closer to that Disney buyout, and cementing the animation house as a serious contender.


Toy Story 2 makes its UK 4K Ultra HD Blu-ray bow courtesy of Disney in the wake of their likely identical US release from earlier this year. Following the first film onto the format, it doesn't have quite the same uphill struggle to look glorious once again - the technology clearly advanced a great deal in the intervening 4 years, and the sequel cleans up in 4K very nicely indeed.


Following the first film onto the format, it doesn't have quite the same uphill struggle to look glorious once again

Toy Story 2 proves how much of a difference four years can make - particularly in the tech world - the animation is notably improved, and renders very nicely indeed in 4K, with some lovely finer details bringing the toy characters to life with that added level of texture and nuance. Lighting and shadowing have been improved, and it stands up much better despite the 20 year vintage. Ironically, it's only the non-toy characters that show up the animation age this time out, with Buster's fur looking wonderful but still not quite looking as impressive as the actual toy characters.

Of course, as with the Toy Story 4K presentation, it's the HDR and WCG elements that seal the deal, bringing a degree of noticeable pop to the objects and characters, with some gorgeous hues courtesy of a kaleidoscopic rainbow of primary excellence. Reds come across the best (there's some nice differentiation between hues as well - that rusty cowboy red vs. the Terminator vision of Zurg), but greens are fabulously rich too (again Rex is a highlight, as well as the soldiers), and solid black levels afford a strong component in terms of backdrop and shadows. Improvements are noticeable right from the title card sequence which positively pops with intensity, and there's often some spectacular images on offer across the duration, from the prologue space battle to the myriad reflections which remind you of just how much love and attention has gone into this feature (see the reflections on the toy store floor, or in Buzz's helmet, or even in the spikes in Zurg's traps and the car's chrome). The greater depth and range clearly enhances the textures on offer, which doubles-down on the noticeable improvements in nuance, and rounds out a largely demo video presentation.

As with the first film, Toy Story 2's Blu-ray's DTS-HD Master Audio 5.1 track - which was a strong enough effort, particularly on release - gets a tremendous upgrade for the 4K Ultra HD disc, with a thrilling, intense Dolby Atmos track that hits you right from the action-packed opening sequence and seldom lets up.

Whilst dialogue remains clearly and coherently disseminated throughout Toy Story 2 enjoys some serious effects presence. The opening title sequence hits you with LFE-weighted credits, and Buzz's robot alien encounter during the infiltration of Zurg's moon base is packed with punch - and that's just the prologue. Traffic noises are finely observed (and pretty hefty as the crashes continue to hit), and there's some keen and sometimes pleasantly subtle directionality at play (the crunching crisp behind you, or the sound of distant noises as the toys race to avoid getting caught in action). Plenty of sequences are brimming with nice touches, from the echoing of the duct and LFE-fuelled elevator, to Andy's initial game set-up where Buzz has to swing to the rescue of Woody and Bo. It's an excellent aural accompaniment.

Toy Story 2's 4K Ultra HD Blu-ray disc itself is unsurprisingly bare bones, as with the first movie's 4K, but the accompanying Blu-ray is similarly packed with all the old extras.


The accompanying Blu-ray is packed with all the old extras

Headlined by an Audio Commentary, there are a number of Featurettes affording further background into the colourful production history of this gem, as well as some Deleted Scenes and publicity material.

Toy Story 2 is often regarded as the Godfather Part II of the franchise
Toy Story 2's UK 4K Ultra HD Blu-ray release is even more praiseworthy than that of the first movie, with the four intervening years showing a marked improvement in computer animation, and the results here cleaning up most impressively in 4K, leaving stunning video and tremendous Atmos, and rounding out another must-have purchase to complete your Toy Story 4K Collection.