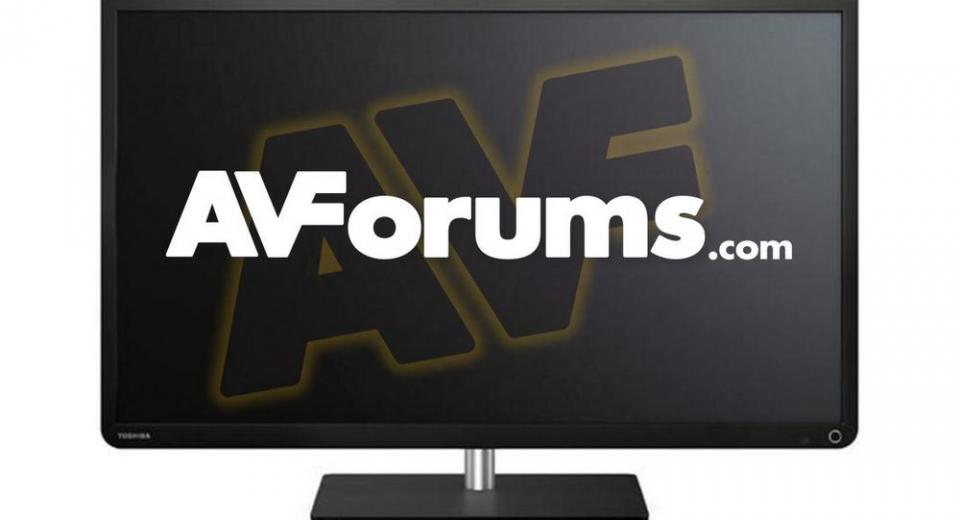 Having just got a look at Toshiba's 32L6353, which proved a competent little performer, the 32L4353 up for scrutiny here looks to be a very similar proposition. It ostensibly boasts the same feature set and about the only thing separating the two, on Toshiba's own spec sheet, is a higher contrast ratio figure quoted for the L6353. We sincerely hope that isn't the case, however, as the more expensive TV hardly excelled in that department. One thing you can say about Toshiba TVs is that you never know quite what to expect, so lets see if they've thrown us another curveball.

Whilst the general appearance of the 32L4353 is largely the same as the L6353 we just covered, it’s a bit more plain – being almost all black/charcoal grey – but the rounded edges at the bottom are still quite pleasing. It is, however, incredibly bulky for a 2013 TV sized at 32-inches and its 9cm depth won’t make it a good candidate for sticking on a wall. At the back of the bulky chassis we have 4 HDMI ports (3 side, 1 rear facing), legacy video connections, 2 USB ports, a LAN port and a S/PDIF digital audio out. There’s also Wi-Fi built-in for convenience and WiDi (WiFi Direct) for compatible devices.


The supplied remote is also very cumbersome but that does mean the buttons are large and easy to locate and the new Search, Home and Profile buttons look as though they’ve been stuck on as an afterthought so we’ll consign this one to the status of ‘could do better’. Toshiba has been busy prettying up its user interfaces over the last few months and the results are certainly more pleasing on the eye, although they can be extremely slow to load, especially in the Cloud TV area. We’ll look at the new Home page in the Features section but it’s very polished and easy to navigate. The refreshed look to the menus is mirrored with some new areas in the Settings Menu but they’re well thought out with most of the options where you would expect them to be. For quicker access to important functions there’s always the QUICK button on the remote, but if you want to get at detailed Picture Settings, it’s the conventional route that's required. The Picture Menu has 3 accurate Modes with a trio of Hollywood’s – Day, Night, Pro – where the latter supports Toshiba’s auto-calibration device which now seems to have disappeared from the UK. The Hollywood Modes have a CMS and both 2 and 10 Point White Balance controls which we’ll investigate on the Test Results page as well as all the usual ‘front panel’ controls such as Brightness, Colour and Contrast. There’s also some more exotic controls in the Advanced and Expert Picture Settings which we will, again, have a look at later on.

The Toshiba L4353 has a very respectable set of features and the new Home Page is a huge improvement on what went before; it’s much prettier than before and better organised, too. As we said above, it can be very sluggish to move around and the fact that there’s not much besides VoD services, means the various pages look almost identical. Toshiba’s new Cloud TV app is impressive and basically recreates the portal experience on the smaller screen. It’s only available on Apple devices at present, however, and there are no announced plans for Android, or other platforms. All 2013 Toshiba TVs now feature built-in Wi-Fi, as well as WiDi support to compatible laptops. There’s also the mandatory Web browser and Skype support but the former was very sluggish, on the TV we tested it on, and the latter requires the purchase of an expensive USB camera to function.


VoD Services are front and centre

The concentration on Video on Demand services through the portal is understandable and most of the big players are present including YouTube and iPlayer but we couldn’t get the Netflix app to work, despite going through a complicated setup procedure. The overall app support is certainly limited compared to the likes of Samsung, LG, Panasonic and Sony but provided a few more key services can be added and the interface is made more responsive, Toshiba’s 2013 Smart TV platform should keep most users happy.

As per our experiences with numerous Toshiba TVs, the Hollywood Picture modes offered the best base for a detailed calibration, although there was a noticeable greenish yellow tinge to everything. Default gamma response isn’t great but can be improved by setting Black/White Level to Low in the Advanced Picture Menu and in the same area switching Colour Temperature to Warm should also help the picture quality. Since you’re already there, a few clicks back on the Colour control should get the display closer to the Rec.709 colour gamut. As a result, colour performance was very good for a pre-set mode but they were a little too dim this time. Frankly there was no point in risking unpredictable bugs with the use of Toshiba’s colour management system; with results like above where overall delta errors are below the perceivable threshold, there was simply no point as once we’d managed to get a near perfect balance in the greyscale the formerly errant secondary colours sat in their boxes happily. Colour saturation at lower stimuli is also very good on the 32L4353 with nothing hugely worrying to report. When compared to a display with better colour decoding it would be possible to see some slight differences but we wouldn’t expect much – if any - of the target audience would know; nor care.

Cleary the 32L4353 is using an IPS panel and neither deep blacks nor impressive dynamic range are traits of these panels, so it should come as no surprise to see the L4353 struggle to topple the 1000:1 milestone for contrast ratio. It got close, averaging a black level of 0.12cd/m2 against peak white of 109 cd/m2, on our ANSI checkerboard pattern, but topped out at 920:1 (ish). We could have pushed the panel much brighter and seen a commensurate increase in contrast but we try and standardise a peak white of 120 cd/m2, on a full raster, to keep the playing field level. We could have stood the mediocre blacks if screen uniformity had been up to scratch but unfortunately the sample was blighted by some very ugly clouding which crept in to virtually any dark scene and proved very distracting.

Despite the presence of the Cinema Mode in the Picture Menu, the L4353 was unable to pick up on the PALcentric 2:2 film cadence, so you’ll be best using ‘upscaling’ players and set-to-boxes to perform the task for standard definition film content sent through an interlaced signal. The 32L4353 had no problems correctly displaying Blu-ray discs and proved to have a decent scaling engine for SD material and the 32-inch screen size certainly helps. The L4353 also had no problems in showing a mixture of film and video mixed content and was (almost) able to show a signal all way the up to peak white. Both film and video were shown at full resolution, provided Native was selected as the Picture Size.

The 32L4353 proved itself quite the little performer for gamers. With a latency of just 26 milliseconds between controller input and on-screen reaction, we’d class it as unnoticeable and one of the absolute most reactive gaming screens we’ve tested.

We fully expected the L4353 to follow the path set by the competent L6353 and it mostly did. That's to say, it was possessed of a pleasing colour palette, passable black levels - in brighter conditions - and generous viewing angles. The real shame with the sample provided here was that it also had something its more costly sibling didn't, and that was very poor screen uniformity. Literally every dark scene would be unhinged by patches of uneven light and lots of brighter scenes were undone by a dirty screen effect that splodged its way on screen, and in too frequent view. Watching some Ashes cricket was particularly painful with the Chester-le-Street pitch looking unduly muddied as balls crashed to the boundary. Had the L4353 not suffered with poor uniformity it would have been a more than passable TV but we can only pass judgement on what's placed before us. We're more than willing to concede there might be better examples out there but this particular sample was not the winning ticket in the LED TV lottery.

The plain black 32L4353 is inoffensive enough from face-on but those looking for a slimline TV will be disappointed to note it's somewhat outsized, especially for wall mounting, although that's not going to trouble everyone. The remote is also quite generously proportioned and difficult to hold in one hand but the large buttons make it easy to locate commands and next to impossible to lose down the back of the couch. Toshiba's Menu systems and User Interfaces have had a welcome lick of paint for 2013, although Toshiba's new Cloud TV portal can be treacle-like to wade through. More on Toshiba's 2013 Smart TV Platform can be found here.
We weren't particularly susrprised that the calibration controls inside the L4353 didn't all work as intended but it didn't stop us from extracting impressive accuracy from the Toshiba. And, in fact, colour accuracy is about the only major plus with this TV as black levels and dynamic range are mediocre and the L4353 was blighted by poor light distribution in dark scenes and dirty screen effect with paler colours, especially when panning. On the bright side, it handled standard definition signals well enough and the input lag is low for gamers but it's really one to consign to the 'second TV' candidate list.