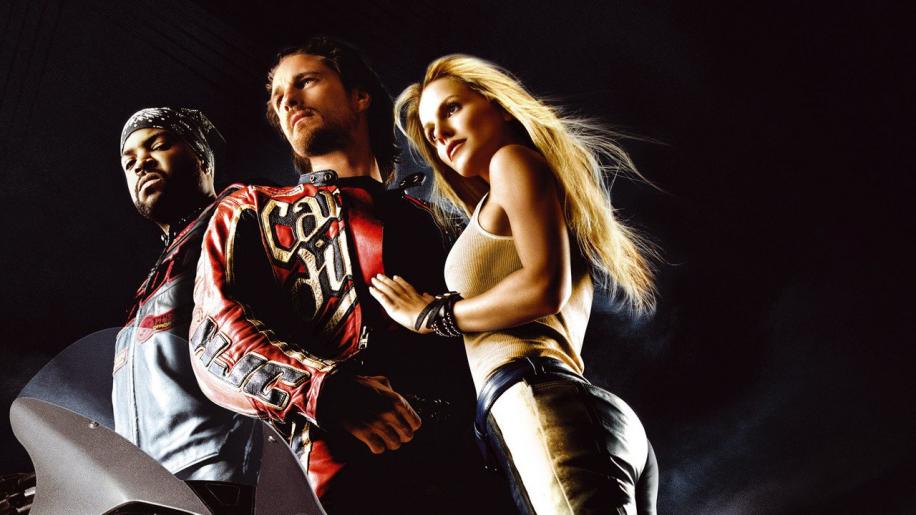 Torque has been given a top class picture with sharp, vivid colours, perhaps a touch over-saturated, and a mostly clean image that suffers only slight noise incursion. I didn't even notice any edge enhancement. What I want to know is - why has such solid image quality been attached to such a banal movie?!

The layer change, which takes place at 46:03, needs special mention here, coming as it does right in the middle of an “important” scene, completely spoiling the desired effect. Aside from that little hiccup, this is a very nice transfer. I've made reference to The Fast And The Furious a couple of times already... and here I go again. The DTS track on that DVD release was a thumping audio fest, full of rich, rumbling engine sounds that pulled you into the spirit of that movie's street racing and wild truck hijackings. To a degree Torque's 448Kbps Dolby Digital soundtrack performs a similar job here, even if it's not quite able to reach the giddy heights of its more illustrious forerunner. Although the audio is all present and accounted for, utilising the full surround setup, I couldn't help but feel that, kind of like the movie itself, it just lacked that certain... something - it's loud and brash, but just a tad unrefined for my taste. I'm sure many people will appreciate the 360-degree effects that undoubtedly place you in the heart of the action and right from the get go you will be aware that your sub woofer has woken from its slumber. Perhaps I'm simply getting too old for this stuff!

First up is the Actor Commentary which is fast paced and, for the most part, a witty and enjoyable affair. Listening to the guys and gals (there's about eight of them altogether!) was a bit jarring for me... they just seem so proud of what they've achieved. Which is fine, I guess... the only thing is I happen to think it's a pile of poo! Accomplished poo, perhaps, but poo nevertheless.

The Technical Commentary has a similarly crowded recording studio, but is at least a little more laid back in nature. Again if you are a fan of this movie I'm sure the whys and hows of particular scenes and stunts will be enjoyed.

The Racing and Train Animatic features has Director Joseph Kahn discussing how he laid out in storyboard fashion his ideas for the movie. These are interesting, if very short affairs.

An average movie gets a slightly above average set of extras.

We've been here before... many, many times. It's loud, it's brash and, yes - it's popcorn fodder, but sometimes the popcorn bites back. One to choose from the shelves when you've seen everything else in the video store, then.