Gameplay from the simpler time 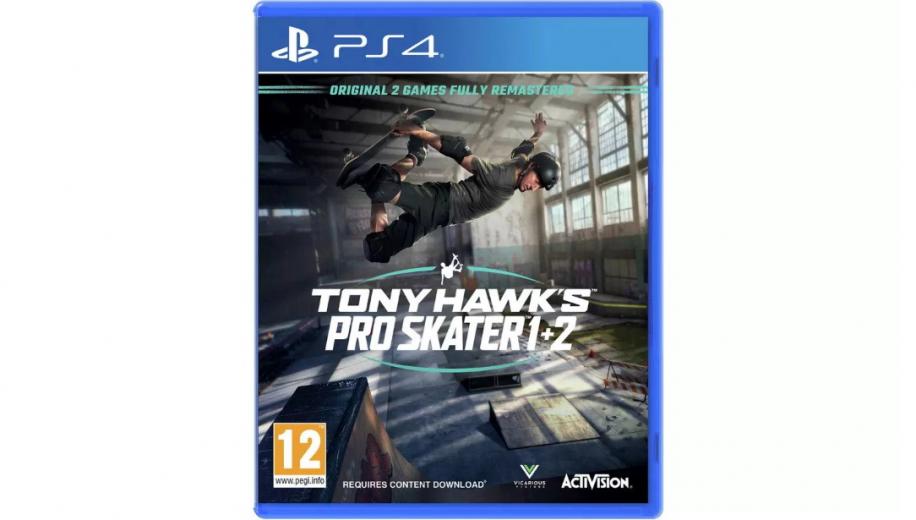 Anyone of a certain age will remember the resurgence of skateboarding during the late 90s/early 2000s and, if you owned a PlayStation, the first Tony Hawk’s Pro Skater. It seemed to go hand in hand.

It started a long-running franchise that ended, sadly, with the frankly atrocious Pro Skater 5 in 2015, which seemed to mark a poor end to an impressive run. Thankfully though, that broken mess of a game can be now consigned to the bin and forgotten – there’s a new Tony Hawk’s skate game in town and it’s, well, the old ones to boot.

Tony Hawk’s Pro Skater 1 + 2 brings the first two games of the franchise kicking and screaming into the modern gaming age. It combines both 99’s original and the sequel released a year later, mashes them up and puts on more than a lick of paint. And, in the process, presents a superb collection that will appeal to old fans and newbies alike.

... it has kept everything that made us fall in love with the series in the first place

Part of the beauty of the Tony Hawk’s games – certainly the earlier ones – lies in their simplicity, and that carries through here. You do not need a degree in controller manipulation to be able to skate around beautifully designed parks and pull of impressive tricks. It is instantly gratifying in that respect.

However, on the other hand, persistence and endeavour are rewarded, with a keen learning curve that will soon enough have you pulling off the trickiest combos and points runs. You’ll not even realise how much better you are getting at the game until, all of a sudden, you can switch from balancing on the toe of your board, into a grind and then 360 spin without even thinking about it.

This is because the gameplay is retained from the simpler time. More complex does not necessarily mean better. Developer Vicarious Visions has added a few extras with this remake – a few new tricks and moves from later games in the series – but it has kept everything that made us fall in love with the series in the first place.

That includes the swathe of skate parks. We get the 18-strong list from both Pro Skaters, plus a park editor and ability to download and play on others’ creations. Modes are generally the same too, although there is now online multiplayer.

You also get an excellent HDR10 presentation that makes the indoor parks look particularly great.

In single-player, it is essentially a solitary affair. You are given a skatepark and a time limit to get as many points as possible and/or collect bonuses. Complete as many challenges as possible and you’ll unlock the next park. Alternatively, you can free skate around the park to achieve personal goals.

Unlike later games in the series, there are no NPCs or missions while you are skating – it’s just you versus the obstacles. But multiplayer, both local and online, throws you up against others. Our only gripe with the latter is that it is rather limited. It selects random multiplayer games and chucks you all on the same screen at once. You can’t choose between the different game types and there doesn’t really feel like much reward, bar bragging rights. Still, this is just the beginning and, we suspect, future THSP games will embrace online play more fervently.

Perhaps the most impressive element of the remake lies in its incredible graphical refresh. It has been rebuilt from the ground up, using Unreal Engine, and it looks simply stunning.

When you consider that the original duo were PS1 games, it’s amazing that Vicarious Visions has manage to create a modern-looking title, yet with the same feel and visual sensibility. Lighting is particularly impressive, while the available skaters have been improved so much that you wouldn’t recognise them from their forebears.

... you get a smooth 60fps experience that more than makes up for the slight dip in resolution.

There are a decent selection of real-world skaters – all of those from the first games and a few new ones – and you can create your own character with a great selection of detailed accessories to choose from. All the major skate brands are included and, thanks to the new graphics engine, their clobber looks the real deal.

The game maxes out at 1440p rather than 4K on the beefier consoles (Xbox One X and PS4 Pro) but you get a smooth 60fps experience that more than makes up for the slight dip in resolution. And that carries through to standard Xbox One and PS4 too – both are slightly below 1080p, but maintain that 60fps fluidity.

You also get an excellent HDR10 presentation that makes the indoor parks look particularly great.

Vicarious Visions and Activision have pulled out all the stops on the audio side too.

The Tony Hawk’s series was always known for its incredible soundtracks and all of the songs found on the first two games have returned, along with some new ones thrown in for good measure.

It’s not really the sort of game that will give your 5.1 system a workout, considering sound effects are fairly basic (upsampled from the originals though), but you will be encouraged to turn your volume right up when Anthrax and Public Enemy’s Bring The Noise accompanies your flick tricks.

We’re coming to the end of a generation of consoles and entering a new one, but that doesn’t mean we shouldn’t look back every now and again.

It is addictive, fleshed out and, most important, fun

Remakes and remasters have been a running thread throughout the days of the Xbox One and PS4, and will likely continue to be so for the new machines, but few will reach the heady heights of Tony Hawk’s Pro Skater 1 + 2.

It comes from an age when gameplay was significantly more important that visuals, yet slaps those on too, resulting in a must-have game for young and old. It is addictive, fleshed out and, most important, fun. Much like skateboarding itself – except you won’t break your ankle with this wonderful rerelease.