Meet John Clark, née Kelly, the Hard to Kill John Wick-esque Navy SEAL whose wife was Taken, making him immediately rewatch The Bourne Supremacy for a plan of action. 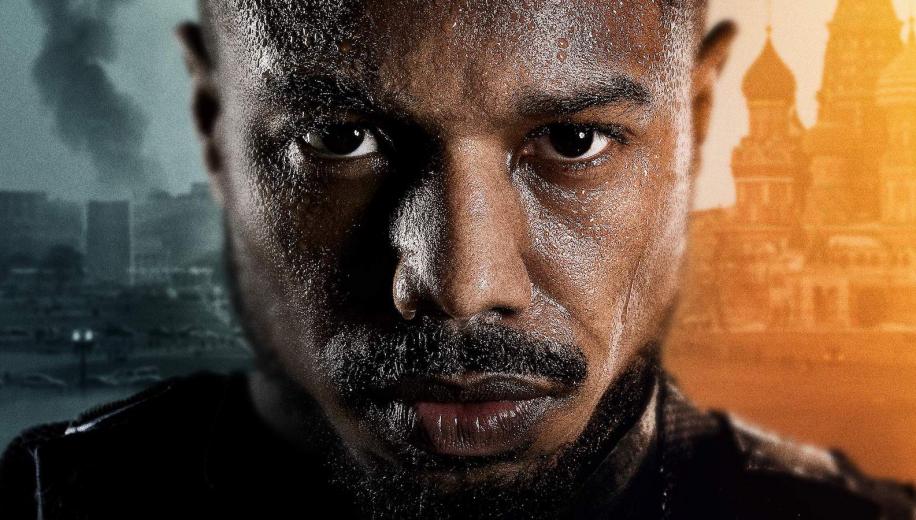 Tom Clancy's books have been in litigation for so long (even before his passing) that filmmakers have clearly just given up. One might have had hope for the Amazon/Jack Ryan series, however even that felt like it forgot its roots in the second year, pushing Clancy's everydayman CIA Analyst closer to the modern Bond/Bourne mould that appears to plague almost every even tangentially action-oriented spy production in a post-2000 world. And who could blame them? Not only were the books likely forbidden territory because of rights issues, but they were also impenetrably dense Cold War thrillers from the 80s. Why bother? Well, really Jack Ryan: Shadow Recruit should have taught them the lesson of making yet another Bond/Bourne-lite, sticking a household name on it and hoping it turns into a franchise. But no. We're right back here, with a book that's been circled for a film adaptation for thirty years. So, obviously, they just gave up and made something else instead. And where better to go than the legendary work of Steven Frederic Seagal?

... some generic bit of navel lint which Hollywood decided to slap a character name on and hope they can make into a franchise

How about this: Steven Seagal plays a former military man, who doesn't play by the rules, and whose previous Black Ops actions leave him Marked for Death. After his wife is brutally attacked, he's left for dead, but proves himself Hard to Kill and goes on a brutal vendetta, Out for Justice, some might say, against the politically untouchable foes, perceiving himself Above the Law, and coming Under Siege as he mounts an increasingly explosion-driven attack on a superior force.

What? This isn't a remake of Hard to Kill? Damn, well it must be some other utterly generic bit of navel lint which Hollywood decided to slap a semi-vaguely-once-familiar character name on and hope they can make into a franchise.

Tom Clancy's Without Remorse comes to the UK as an Amazon Prime Video Exclusive, in 4K Ultra HD with HDR too, framed in 2.4:1 widescreen and looking the part. It's a fully-made theatrical feature, notwithstanding the generic DTV nature of the actual material, with decent effects, veritable style and a solid budget behind it. The colour scheme is strong, with few HDR highlights but some rich tones nonetheless and impenetrable black levels to cast them against.

... absolutely shooting for Without Originality, and if it only owned that, it might have been a little bit less frustrating an endeavour

Maybe this kind of stuff worked in the 80s and 90s - back in the days of Seagal, and NOT in the days when The Bourne Supremacy now utterly defines the revenge spy thriller actioner - and likely this kind of stuff would still fit somebody like Luc Besson's wheelhouse, but it seems thunderously stupid trying to attach it in any way to the Clancyverse, whatever shape that might be in right now. Clancy's books have always been Hard to Adapt and it's a testament to the screenwriters really that they managed to make halfway coherent versions of Red October, Patriot Games and particularly Clear and Present Danger. These were vast, unwieldy texts that would have taken an entire TV series to cover each, and even The Sum of All Fears was an impressive feat whose only mistake was attempting to reboot the saga rather than just lure Ford back in for a third. Of course Clancy's other important character, Rainbow Six's black ops assassin John Clark has been dipped into cinematically too, with first Willem Dafoe and then Liev Schreiber giving it their best, but ultimately proving elusive for a film adaptation that has been circled for a whopping three decades.

Honestly, it's a tough character to get right, but if you're not actually going to bother trying, why bother even keeping the name? Michael B. Jordan's John Clark (here John Kelly, as it's an origin story) is basically Jordan's Creed by way of John Wick executing a wannabe Bourne Supremacy spy-revenge story, only lensed through the generic 90s action vibe of a Seagal-era revenge flick. On a base level, of course, there's no denying the entertainment value. Jordan's Clark is in full Rambo: Origins mode (an irony considering Clancy's Without Remorse novel was reportedly inspired by First Blood and probably has more in common with even Rambo: Last Blood than this), here staging explosive black ops assaults at major US airports, brawling in prison, getting shot countless times; he's veritably unstoppable, always a montage away from complete recovery, can hold his breath for as long as an underwater scene requires of him, probably has gills, and ultimately proves himself the quintessential one-man-army that nobody except the entire audience expected him to be.

Along the way this makes for some engaging scenes. Impressive even. But the framework? The backdrop? Utterly irrelevant. The script? Clunkily and outdatedly cliched, enjoying far too many chess metaphors (At one point even his character appears lost in his own complicated chess metaphors - "I thought I was the pawn who could take the king, but then I realised the king was just a pawn like me, and pawns can't take kings"). The performances? Well, without a script, these actors just had to wing it - Jordan going with what he knows, and what he's learned from Keanu Reeves, Jodie Turner-Smith formidable but way too young for whatever former Navy SEAL, Lieutenant Commander, Greer variation they were looking for (related to the character James Earl Jones played superbly in the movies and Wendell Pierce played in the series), Jamie Bell also miscast - unnecessarily trading in the name of Henry Czerny's Clear and Present Danger character Robert Ritter - and Guy Pearce being... well, what do we really expect a slimy Guy Pearce to be playing? Yes, you guessed it, he's the king. Or is he just a pawn? You could ask Jordan's Clark, he won't know but it'll be fun watching him try to explain it anyway.

There's nothing to surprise in Without Remorse, absolutely shooting for Without Originality, and if it only owned that, it might have been a little bit less frustrating an endeavour (even dropping the "Tom Clancy's" from the title may have given this a little more credibility, as those who can easily detach it from the real John Clark will more likely score it higher). Indeed, distance this from the Clancyverse - hell, call it freaking Hard to Kill - and pitch it as a by-the-numbers action thriller with zero pretensions, and the world may well have lapped it up. Maybe not on a John Wick level, because there's zero thought put into memorable world-building here, and not a single character you particularly care about, but certainly on a Liam Neeson / Taken level. A Michael B. Jordan special-set-of-skills franchise could have been a winning gambit, but few would really be bothered if we didn't get a Tom Clancy's Rainbow Six sequel to this, which is a crying shame.

Tom Clancy's Without Remorse is available on Amazon Prime Video from 30th April 2021.
﻿