Is this the Jack Ryan we've been looking for? 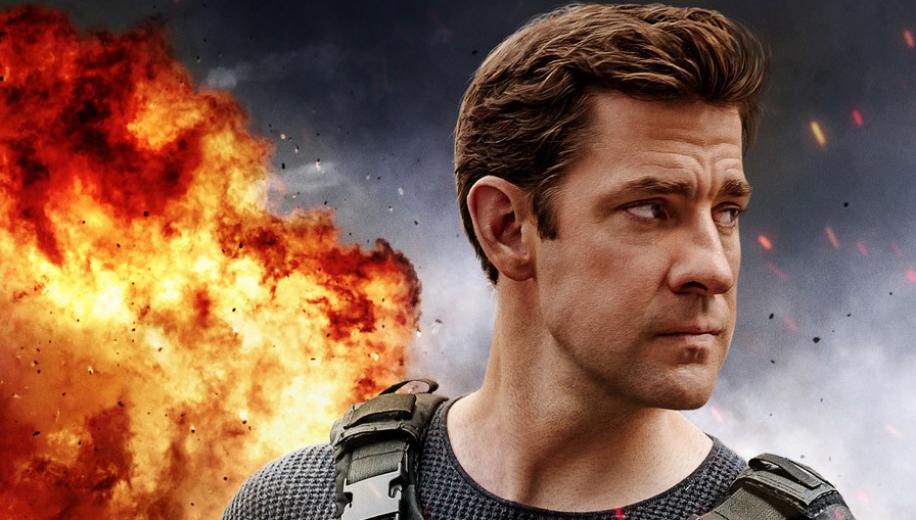 The works of celebrated spy thriller author Tom Clancy have had a troubled time making the transition to the Big Screen. 1990's The Hunt for Red October afforded us a tremendous start - still the best of the films and one of the best submarine thrillers to boot - but was arguably more a star vehicle for the powerfully Russian/Scottish presence of Sean Connery than it was an introduction to Clancy's real star: the character of ostensible everyman CIA analyst Jack Ryan.

Alec Baldwin introduced the world to Ryan, and delivered a memorable performance - with hindsight - but, at the time, it was Connery who stole the show, as was arguably inevitable and so, equally unsurprisingly, the baton was swiftly passed to the go-to actor for portraying everyman heroes: Harrison Ford, who is arguably the actor best remembered in the role.

Ford would bring the focus back to the character of Ryan, initially in a more personal and arguably more intimate tale of IRA conflict with 1992's Patriot Games, and then with a suitably topical (at the time) Columbian drug cartel-themed sequel, based on one of Clancy's strongest novels, in 1994's Clear and Present Danger. Delivering some tremendous setpieces, the film lost much of the novel's complex heavy plotting, but afforded a few memorable moments - not least a face-off between Ryan and the mischievous fictional President.

The stage was set for the progressive story arc of Ryan from the novels to finally come to the Big Screen, namely his rise to eventually become director of the CIA and then President himself, but Ford's departure from the series killed that in its tracks (ironically, Ford would go on to play an ass-kicking President in Air Force One just a few years later), with him being replaced by a game Ben Affleck in The Sum of All Fears. Whilst not everybody agreed with the casting, a bigger problem was the fact that the whole enterprise was something of an unnecessary reboot; a symptom which persisted and proved malignant with the latest reboot - Jack Ryan: Shadow Recruit, a forgettably generic spy actioner which had little to do with either the Clancy books or the character beyond the very name. It's unsurprising that the whole franchise needed a change of thinking and - much like Jack Reacher (which had a far less troubled production history and could have arguably done with another Big Screen adaptation) - found a home instead on the increasingly slick small screen.

Amazon Prime have been touting their Jack Ryan Amazon Original TV series for quite some time, undoubtedly hanging a large swathe of their video-driven membership upon this, with scant else to really draw you into the streaming service. Executive produced by Michael Bay, driven by Lost's showrunner Cartlon Cuse, and starring John Krasinski (who has made a frankly remarkably successful transition from 'Jim from The Office' to convincing soldier in Michael Bay's 13 Hours: The Secret Soldiers of Benghazi, to one-to-watch writer/director with A Quiet Place), they seem so sure about their product that a second season was greenlit a whopping four months before the release of the first 8-episode run. And their confidence is not misplaced. Whilst it may not hit the heights that the film franchise has offered, from the opening episode alone it appears clear that Tom Clancy's Jack Ryan may well afford the most consistent platform for delivering some decent stories following the author's most prized character. Diligent low-level CIA analyst Jack Ryan (Krasinski) soon finds his simple life turned upside down when the suspicious banking transactions that he is analysing paint out a possible terrorist connection, forcing him to go over the head of his cautious boss James Greer (The Wire's Wendell Pierce) which, in turn gets him dispatched on an increasingly dangerous globe-trotting mission to investigate the potential threat.

As the series unfolds, the threat expands, with Ryan - still tortured by the helicopter crash that left him temporarily in a wheelchair - is forced to get his hands dirty, both in the desert and back home, and soon proves his skills as far more than just an analyst; whether as a clever interrogator or as ex-soldier who is still handy in a tight battle scenario. Greer, himself struggling with the fact that he has been lumbered with a thankless desk job, reluctantly grows to trust Ryan's seemingly otherworldly analyst instincts, and the two start to pop up on the radar of much more influential CIA players, including the Deputy Director of Operations (Timothy Hutton - City of Industry). All the while, back home, Ryan finds a spark with a young doctor and infectious disease specialist, Cathy (Abbie Cornish - Three Billboards).


Just from the opening episode you can tell that they have put all of the right ingredients into this mix.

Just from the opening episode you can tell that they have put all of the right ingredients into this mix. It affords a prolonged build-up to any kind of action, developing the characters and the scenario expertly, affording a superbly constructed terrorist threat scenario which expands from Ryan's analysis of just a few banking records to an assault that has a movie-level quality to it in terms of explosive scale across the course of the entire hour-plus runtime.

You can definitely see the Michael Bay influence in terms of the action (albeit set to 'mature' in terms of some pleasingly adult violence, lending an edge to the war horror), but thankfully there's more than enough old school Clancy in there in terms of the plotting, with the series clearly prepared to take its time developing ideas, characters - on both sides of the equation - and happy to utilise action set-pieces only when absolutely necessary to the furthering of the plot, the way they should be. Amazon's Jack Ryan series does exceptionally well in its dual job of catering for age-old fans of the Clancy franchise - both in book and film terms - whilst also introducing a whole new audience to the fantastic character. It treads a fine line between remaining faithful to the now-dated but then-topical settings of the books, whilst updating the stories for a modern setting, bringing forward simple ideas of Jack's unparalleled analytical skills, and uncanny ability to get to know his targets and expounding them into clever little scenes like doing an interrogation, or hacking a phone.

Scenes where Jack pipes up in the middle of a high-level intelligence discussion that's way above his pay grade, and disagrees with the Director of Ops, will ring true for long-time fans, as will the exhibitions of the character's determination to follow his instincts even when everybody else tells him to stand down. Indeed John Krasinski absolutely nails the role, bringing the same ego-less charm he exhibited as Jim from the Office to his interactions with his CIA team, whilst fostering themes of honesty, determination and - as others often criticise him for - self-righteousness.

They are Jack Ryan's assets, present in all previous incarnations of the character across the Big Screen, in lesser or greater degrees but evident most (although Baldwin does a great, often underrated, job) by Harrison Ford, in many ways because he was the only actor who got two bites of the cherry. Krasinski reportedly modelled his portrayal of Ryan on Ford's interpretation, and it shows; he's forceful when he knows he is right, dogged in his determination to follow his instincts, and repeatedly frustrated by the powers above him, to the point where he will overrule them as long as he believes that he is doing the right thing.

Krasinski nails Ford's everyman persona too, key to the Ryan character, whether he's picked up by a helicopter in the middle of a big party, or forced to draw down on his soldier skills and muscle memory in the field, or even in his interaction with love interest Cathy (who book and film fans will know very well), or Greer (again, few will be able to get past James Earl Jones in this role, but Wendell Pierce - another underrated, often show-stealing, player in The Wire - does a superb job playing a younger, more fierce Greer who you could easily see would evolve into the scenery-chewing Earl Jones).


It looks like they have finally done justice to the late Tom Clancy's prized work.

Whilst elements of the terrorist plotting are likely thoroughly familiar to anyone who has watched the whole of 24's run, or Homeland or just about any other similarly themed TV or film property, Tom Clancy's Jack Ryan devotes more than enough time to the plotting of the 'villains' of the piece to give them some shape, even if it is still the weaker link in the series. Indeed ostensibly left-field attempts at tertiary character development realise some more memorable moments (the drone pilot casino sequence is horrifically compelling, and a superbly executed reverse-gambling moment), although, conversely, the multi-player 'Game of Thrones' approach - which is arguably faithful to the often expansive style of the books - paradoxically teeters on stalling the impetus of the Jack Ryan narrative core. So you can't win either way. But it's early days, and within the first few episodes you can already tell that this Jack Ryan series has everything it needs to be the definitive interpretation of Clancy's character and stories.

And even if we don't get a 'Red October' season or a 'Clear and Present Danger' season, maybe that's not such a bad thing. Even if there are rumours that they may well follow that avenue (which is the course they are taking for the TV adaptation of Lee Childs' Jack Reacher series, and which they have already followed somewhat for the TV series of Shooter which few will know is actually based on a series of John Lee Swagger stories - and Earl Swagger stories), it may well prove better to deviate, lest we end in Hannibal territory, where the best episodes are 'new' and those that retread old ground only suffer from comparison.

It looks like they have finally done justice to the late Tom Clancy's prized work, and the show gets the highest recommendation. It may not afford a 'Looming Tower' level of political spy plotting, but it does well to tread a middle ground between 24 and Homeland, giving just enough punch to command your attention for memorable action sequences but, more importantly, fostering the characters meticulously so that you end up committed to the stories, wherever they may go. It's binge-worthy stuff, and thoroughly deserving of an early re-up for a second season. Cue it up now!