To the Wonder Blu-ray Review

Malick goes too far with his latest moody experimental drama. 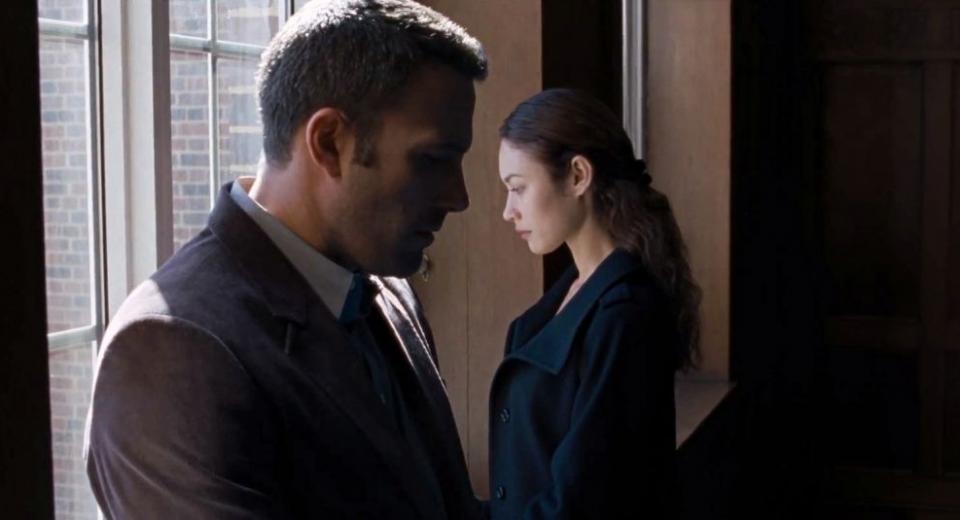 Infinitely easier to appraise, To the Wonder’s stunning 1080p video presentation, framed in the movie’s original theatrical aspect ratio of 2.35:1, is as impressive as 2011’s Tree of Life with its Blu-ray bow. Despite the fact that the feature was shot using a number of different formats to supplant the majority shot-on-film footage, master cinematographer, and regular Malick collaboration Emmanuel Lubezki ensures that every framed image comes across with the utmost clarity. Muddied as the narrative voyage may be, the visuals remain absolutely crystal clear, through the digital fish-eye-style train intro to the Red-shot night walk down La Defense; from the 65mm sequences with Rachel McAdams to the dominant 35mm shots that make up the rest of the movie.

Detail is astounding, with many of the images – particularly in the closing few frames – absolutely stunning to behold. It’s amazing to consider that Malick filmed the entire piece without any artificial lighting, and the glorious sunsets captured arguably make this a veritable mood-piece demo disc, even if you just turn the sound off and have it playing like a screen-saver in the background.
Whilst the early digital footage could invoke a hint of criticism in the exposure department, which brings up fleeting artifacts, it’s negligible in what is one of the finest video presentations that I have come across recently. The colours scheme is lovingly rendered; black levels are rich and strong, and the image stability is unparalleled. It’s simply a beautiful film to watch, and a reference quality video presentation through and through.

Although the accompanying soundtrack does not offer the kind of stunning enhancement that most of Malick’s films get from their scores, it still promotes a precise rendition of the material at hand. Be wary to switch to the respective DTS-HD track of your choosing – the default is 2-channel, but you’ll undoubtedly prefer the DTS-HD 5.1 Master Audio or even the DTS-HD 7.1 Master Audio alternative should your system be capable of delivering 8-channel acoustics. As always, Malick demands that his films be played with the volume turned out LOUD (the Criterion Thin Red Line Blu-ray even came with that exact instruction), but you may find that the LFE input is so unwieldy and, frankly, random, that you simply cannot sustain too loud a playback of the feature.

Still, you should find that you pick up the majority of the narrated dialogue, as ethereal as it is delivered, often springing out of nowhere in its bid to reach you; the effects are beautifully observed but remain – within this particular film – amidst his most limited offerings, with little to spark up any true all-engulfing atmospherics, other than perhaps a couple of sequences where Affleck’s Neil walks through a particularly noisy worksite. Nevertheless, it’s nature that Malick is unquestionably most interested in, and he delivers fine observational ambience – the wind whistling; the trees swaying; the wildlife chattering – during the relevant moments.

The score, as noted, boasts Malick’s usual array of largely classical but sometimes diegetic on-the-street offerings, but, somehow, this time they seem more disjointed and less effective, unable to fully convey the mood of the piece. Nonetheless, it’s delivered finely across the channels, and, again, makes unrestrained use of the LFE channel.

Perhaps not deserving of the same 10/10 score that I gave both Tree of Life and Thin Red Line in terms of their HD audio presentations, To the Wonder still gleans a solid 8.

Given how notorious he is for producing multiple cuts of his films (even if – other than with The New World – none of them have ever seen the light of day) it’s a great shame that we don’t even see any alternative or extra footage from To the Wonder, let alone a longer, more informed cut, which is no doubt out there. Instead we have to make do with a limited 10-minute Making-Of, whose biggest asset is the honesty with which the cast reflect upon their work with Malick (although obviously none of them had seen the finished product at the time) and a shorter UK-exclusive Interview with star Olga Kurylenko, who, as mentioned in the main body of the review, reveals that some of her favourite scenes were ones that weren’t even in the film! Speaks volumes.

Malick goes too far with his latest moody experimental drama.

Unfortunately even the master director’s most dedicated and forgiving followers – who defend his every decision, and see merit and majesty in every single shot of his films – might struggle with this aloof, abstract mood piece that simply goes too far in terms of Malick’s expressionistic anti-theatrical-conventions style. Jettisoning all dialogue in favour of fleeting voiceover whispers; and failing to fully deliver his usual weighty subtext, To the Wonder feels like something of a step back, and this is coming from a fan who has loved the man’s last three films – as evidenced by my 9 and 10/10 reviews of the same: The Thin Red Line, The New World and The Tree of Life.

On Region B-locked UK Blu-ray the video presentation is simply picture perfect – as you would only expect following suit from his last few releases; his features certainly lending themselves well towards demo material. The audio presentation is not quite as impressive, but is still very good indeed, and, whilst we could have done with some more substantial extras (perhaps a longer cut?), the honesty that the cast display in the largely interview-based features on offer, does reveal some insight into the frustrations of working with this eccentric recluse. If you’re a resolute follower of Malick; a dedicated fan, then, to be honest, you’ll still have to own this piece. Even lesser Malick is still a cut above many of his contemporaries. It’s just a shame that he appears to have disappeared a bit too far into his proverbial this time around.