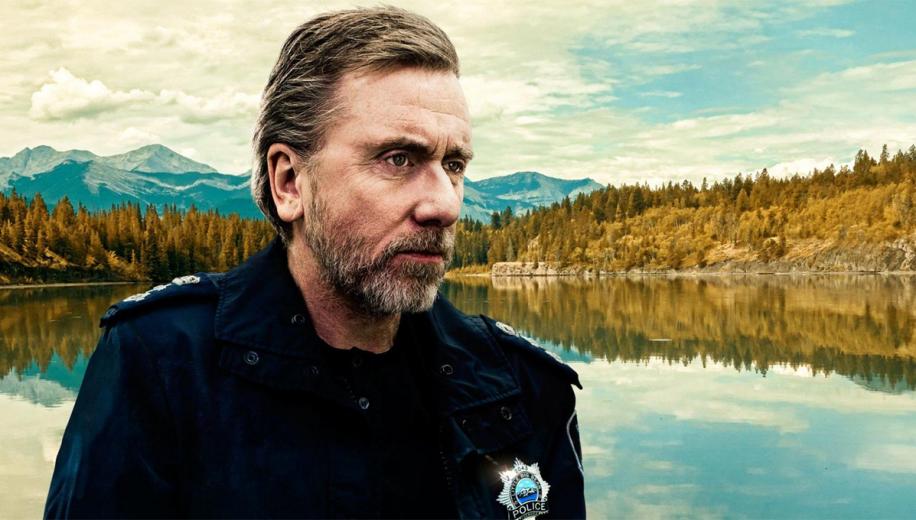 The ever-underrated Tim Roth returns for a second season of the mystery crime drama, Tin Star.

Brit actor Tim Roth rose to international fame largely thanks to memorable roles in both Reservoir Dogs and Pulp Fiction, enjoying the patented Tarantino career adrenaline injection but staying true to his method with a number of interesting but hardly mainstream roles (beyond perhaps a suitably nasty turn as the villain in Rob Roy), and coming back to the fore courtesy of Marvel's second unsuccessful Hulk reboot, The Incredible Hulk, where he again took villain duties and again rose to the challenge of providing some memorable moments. With The Hateful Eight, Tarantino returned him once again into the limelight (and it's nice he's got a supporting role in the grand ensemble for Tarantino's upcoming Once Upon a Time in Hollywood), but in the interim he took a gig on the small screen, running with the herd following the booming success of the likes of House, in a three season series focussed on his central human lie detector character, Lie to Me.

Reputedly, Roth was not particularly enamoured by working on a TV project, perhaps due to the restrictions in character development imposed by episodic plotting, and vowed not to return to the small screen. That was, until he happened across Rowan Joffe's Tin Star, which involved a juicy lead character that Roth clearly felt he could get his teeth into.

Conversely, Joffe spent years screenwriting movies - including the zombie sequel 28 Weeks Later and the George Clooney thriller, The American - and even tried his hand at directing a couple (the remake of Brighton Rock, and the Nicole Kidman psychological thriller, Before I go to Sleep) before deciding that it was TV where long-form characters could truly be explored, and duly creating the curious mystery world of Tin Star.


A juicy lead character that Roth could get his teeth into

The first season introduced us to Little Big Bear, a small town on the border with Canada, and its new Chief, ex-Brit copper Jim Worth, who happens to also have a violent alcoholic alter-ego that he created when he worked deep undercover back in England. When the corrupt Oil company that's infecting the town with crime catches Jim's son with a bullet intended for him, his wife demands that he brings back the devil inside to exact revenge.

Season 2 continues straight off after the devastating events of the first season, with the family struggling with the blood on their hands, and shattering into pieces as a result. Jim's traumatised daughter takes refuge with the Ammonites, a religious community, and Jim - stranded atop a mountain, and struggling with little memory of what he did to see his daughter run away - picks himself up and goes to find her, soon discovering that the community has its own dark secrets and that his daughter may not have found a safe haven after all. Rowan Joffe's Tin Star is a curious little creation, ostensibly playing out its revenge-themed story against a Wind River-esque backdrop, with a snowy, small town community corrupted by the presence of a local Oil drilling facility. One thing should have immediately signalled why it was never going to be played that straight - Tim Roth. Roth's lead character turns the show on its head, igniting an air of danger and mystery, with Roth on fine form swaggering and swearing his way through the story even before his alcoholic alter-ego is called into play.

Indeed Tin Star, despite following tried and tested themes - the girl who gets involved with one of the bad guys; the corrupt security chief at the plant who will do whatever it takes to get control of the town; the both competent and bumbling local police who are always one step behind our '(anti-)hero' - constantly kept you guessing during its first season, with Roth's beleaguered father seldom finding it an easy ride to revenge, but doggedly persisting nonetheless, and bloodying his hands at every stage (whilst hardly the same fighter, his absolute refusal to ever stay down and give up - as a character - is very reminiscent of Bernthal's take on The Punisher).


Roth just owns this leading role, reminding fans why they came to this series in the first place, and why they should stick around to see what happens

Season two immediately capitalising on one of the first season's biggest weaknesses - the seeming love/hate feelings that the lead character's wife (played by Genevieve O'Reilly, from Star Wars: Rogue One) has for him. Whilst the traumatic disillusionment of the daughter works to drive the plot into the deadly camp of the seemingly innocuous uber-religious Ammonites, the wife's actions, motivations and frequent outbursts about wanting revenge against her husband are stupendous (let's recap: she was the one who forced him to become the devil once again so that they could avenge their murdered son; now that's done, she wants revenge against him for it?!) and, unfortunately, now draw in the first season's Oil company PR rep - played by Christina Hendricks (Drive, Mad Men) - a character who never really got a very good arc first time out, and deserves more from the rest of this season.

Thankfully Roth's rogue chief soon steers the story - and the other characters - back on track, pitching camp at the Ammonite commune and sniffing about to get to the dark truth they are hiding whilst he tries to figure out a way to get his daughter back. It's here where the mystery of the drama comes back into play and provides some wonderful developments, drawing the family back together under fire, and giving some choice screen time to the well-rounded would-be antagonist of the season, John Lynch (recently opposite Gillian Anderson in The Fall), who has his own demons that make him a much more interesting character. Of course Roth just owns this leading role, absolutely making it his own. He chews his way through the show, enjoying a blend in his alter-egos this sophomore year that sees even his 'daytime' persona still an unstoppable little pitbull, and reminding fans why they came to this series in the first place, and why - despite its idiosyncracies - they should stick around to see what happens next in this snowy, sleepy little town full of secrets.