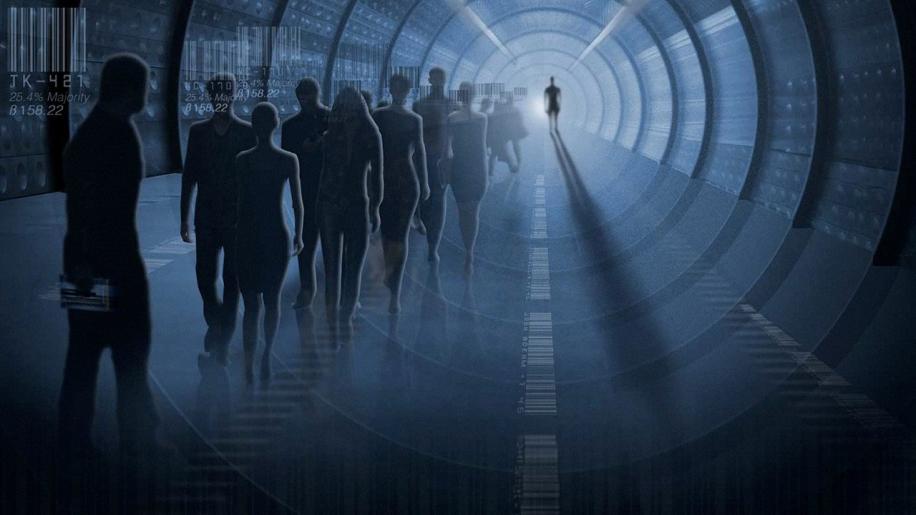 Digitally remastered and featuring all new digital effects (where have we heard that before), the image is very good indeed. The 2.35:1 anamorphic transfer is clean from dirt or speckles and only the slightest amount of grain is seen, mainly during the pure white scenes. The image is sharp and contains copious amounts of fine detail in the large sets and close ups. Flesh tones are natural (lots of bald heads) and compression artefacts are almost non-existent. Edge enhancement can be seen here and there, but it is light enough to go unnoticed by most. Overall the print has that blockbuster sheen to it and looks extremely good for its age.

The soundtrack, remixed in Dolby Digital 5.1 is not quite as effective as the print transfer. The new mix is certainly more dynamic than I remember it from previous viewings of the movie, creating a wide front soundstage. Effects, including Walter Murch's sound montages are handled as well as can be expected, only now and again sounding a little harsh. Dialogue on the other hand has a metallic tone which would appear to be a flaw from the original recordings, this sometimes makes dialogue a little difficult to follow and voices don't have a great deal of dynamic punch. Saying all that, for a 30 year old vintage, the remix works as well as can be expected.

If you managed to pick up the Star Wars Trilogy Boxset, you will have an idea of the quality of extras on offer here. On disc one we have a feature length commentary track with Lucas and Murch which adds a great insight into film and filmmaking. Also included on the first disc is a feature to watch the movie and press the remote at given times to hear what Murch did to create the sound effects. The final extra here is a sound effects only soundtrack.

Moving onto Disc two we start with a Documentary on the early years of American Zoetrope, the company founded by Francis Ford Coppola with the help of Lucas and other pioneering Hollywood outcasts. The production of this feature is first class and a real history lesson into the time period and what started the future revolution of film making outside the Hollywood system, most notably Lucasfilm. Next up is a detailed look at the making of THX 1138 with interviews from cast and crew, along with other Lucas associates. The Bald featurette is poor quality video footage of a young Coppola interviewing an even younger Lucas about the movie. The original Student Film running at 17 minutes is also presented on the disc and is certainly interesting viewing. Rounding off disc two are a selection of trailers for the movie.

A Classic? Maybe, maybe not. THX 1138 is however Lucas's first feature length movie which started the independent system in Hollywood today. The movie has its moments and visually is quite stunning. The story however fails to keep the pace moving faster than a crawl and some may get bored very easily. Give it a try, you may just love it.