"Whosoever holds this hammer, if he be worthy, shall possess the power of Thor." 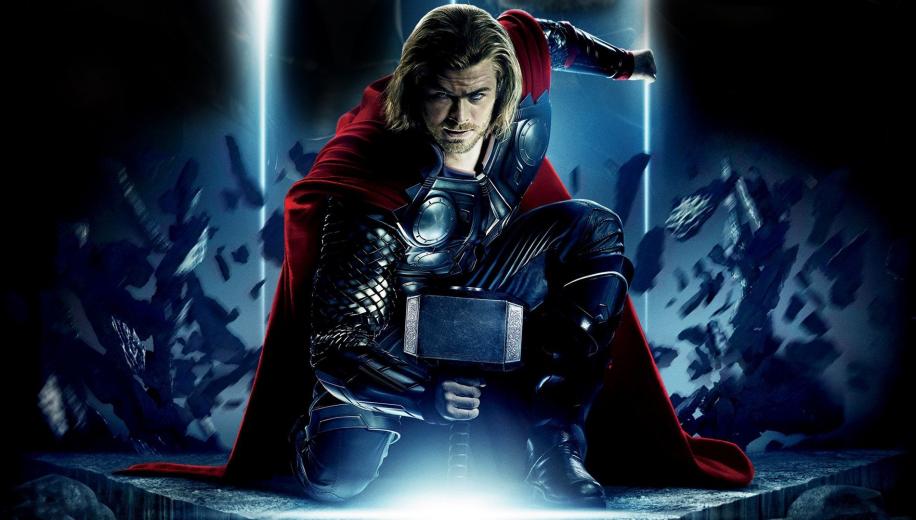 Back in 2011 this was the first taste audiences had of the vastness of the MCU, taking us to the magical realm of Asgard to introduce the world to the God of Thunder.

Unlike the original Iron Man movie, which hasn't really dated at all, and remains a tremendous kick-start to this whole universe, Thor, unfortunately, can't hope to wield the same kind of wonder as it did back in 2011. After all, in the last 22 films, we've gone way beyond just Asgard (which, itself, looked worlds apart in The Dark World, thanks largely to a vastly increased budget) so this introductory effort cannot help but often feel quite small in scale.

Nonetheless, the Kenneth Branagh-directed opening salvo for the God of Thunder was a well-staged entry in Phase 1, working against the odds to warm audiences to otherworldly realms, galaxy-hopping Bifrost travel, and the larger-than-life Thor himself, as we explore his fish-out-of-water landing in New Mexico, and first tastes of human interaction.


Unlike the original Iron Man movie, which hasn't really dated at all, Thor, unfortunately, can't hope to wield the same kind of wonder as it did back in 2011

Undoubtedly, 2011's Thor is at its best in Asgard, with a sweeping signature score taking you across the magical kingdom and dipping into the nine realms it presides over, as old wounds with the Frost Giants from Jotunheim are opened up and all-out war looms. The New Mexico scenes (but for perhaps the Hammer-run assault on SHIELD which includes a pointless introduction to Jeremy Renner's Hawkeye, and some very stiff antics for Clark Gregg's Agent Coulson) are, conversely, quite weak, struggling to escape their small-scale feel and only occasionally escaping this through sheer wit and goodwill.

On Asgard we also get all the best players - Anthony Hopkins makes for a hell of an Odin, with all the gravitas you've come to expect from him, presiding over Asgard but struggling to find a worthy heir between his arrogant firstborn, Thor, and his adopted mischief-maker, Loki. And Tom Hiddleston remains one of the most interesting characters in this universe, causing trouble right from the outset, and proving a dangerous antagonist to Thor, arguably moreso than any of the Frost Monsters, or even the Silent Hill-esque Destroyer, who remains one of the best realised elements of the movie.

Oscar-winning Natalie Portman doesn't fare as well even in this first movie - before her further side-lining in Dark World - relegated to swooning duty over Hemsworth's abs. And both her wise-cracking team (but for Stellan Skarsgard) and Thor's own "Lady Sif and the Warriors Three" (kind-of Thor's answer to d'Artagnan and the Three Musketeers) barely get fleshed out, with Idris Elba's gatekeeper, Heimdall, thankfully faring better.

It's a great cast, and Branagh's De Palma-esque camera angles at least give it some visual identity (again, in comparison to the more cookie-cutter second entry), with some wit from the fish-out-of-water scenes, however small-scale, and more than a little residual wonderment in Asgard and the Nine Realms, even though we've been to other Galaxies and beyond since. This was a solid introduction to Thor, perhaps more effective first time around, but putting in the groundwork for a character who would ultimately be better served by the first few Avengers movies (or perhaps the divisive Ragnarok) than his first two solo efforts.

Thor comes to UK Ultra HD Blu-ray courtesy of Disney, marrying up to their identical US release. As with the first two Iron Man films, it was shot on 35mm film, and ostensibly limited by a 2K Digital Intermediate, but nevertheless the end result is generally very good, with Disney's patented DNR application getting a little more out of hand this time around.


It's far from a bad presentation; it's just disappointing that it isn't a much better one

Disney sometimes appear to get in a rut, whether it's during their thankfully now long finished run of low-mixed Atmos tracks, or now with their newfound predisposition towards cleaning up their early MCU entries (the ones shot on film, predominantly) presumably to make them look closer in style to their later digitally shot efforts. Our Iron Man 4K and Iron Man 2 4K reviews covered this extensively, but despite being noticeable, their merits significantly outweighed any downside, with cleaner images that looked almost digital (as intended) but which retained a commendable amount of detail nonetheless.

Thor's 4K presentation, unfortunately, appears to have taken one step too far in this regard, similarly adopting heavyweight DNR implementation to give the filmic image a much more modern digital look, but going too far in cleaning up the image, and taking what looks to be a portion of detail with it in the process (purportedly, this is due to a certain level of digital manipulation having been implemented already, before they applied the further Iron Man-style DNR pass, and also due to the fact that the anamorphic lensed source material was already inherently soft around the edges). The end result is still remarkably pleasing, perhaps thanks to HDR and WCG more than anything else, and there are clearly plenty of shots which display some fine detail befitting the format, but much of the material that pushes from middle-to-background in terms of depth comes out softer than it really should.

Thankfully, WCG and HDR try their best to distract from this with excellent shadow detail and colour pop (impressive right from the opening night sequence), enjoying the blasts of blue and gold powers yielded commonly, and affording some fabulous vibrancy to Asgard (although some of the CG is looking a little less convincing now) and wonderful pop to the primaries on offer, not least on Thor's outfit. The battles with the frost giants look suitably striking, and certainly the off-world material wows more than when we land on Earth, although there are some nice natural shots on offer here too. For those already disappointed with the DNR application on both film-shot Iron Mans this will come as particularly bad news, although if you were more forgiving towards the benefits to the new 'cleaner' digital style of those, then you may well be able to move past even the heavier implementation here and enjoy the other benefits of the UHD 'upgrade'. It's far from a bad presentation; it's just disappointing that it isn't a much better one.

Much like the Iron Man releases, the first two Thor films enjoy a strong audio upgrade, both afforded a High Definition 3D Object-based immersive audio mix in the form of Dolby Atmos. With long-time Branagh collaborator Patrick Doyle's sweeping, epic signature tune defining the proceedings, it's a bracing, engulfing trip to another realm. Although it isn't quite as well balanced on the volume front as some other Atmos upgrades to their catalogue - here requiring a little bit of knob-tweaking - it's also not back to the days of Ultron and thankfully, once you find the right level, it really sounds quite superb.


A bracing, engulfing trip to another realm

Dialogue remains firmly prioritised throughout, from Hopkins' inimitable booming to Hemsworth's now almost comedy Thor voice (it's hard not to imagine Chris Pratt's Star Lord doing an impression Infinity War-style), getting clear and coherent dissemination throughout, whilst Doyle's score - which could have happily played throughout - is largely relegated to a few key moments like the introduction to Asgard, and Thor's biggest battles. It fills the soundscape and carries some nice LFE underpinning, whilst effects are wonderfully crafted to bring the various realms to life, cracking your living room floor open as ground-shaking beasts barrel their way across icy kingdoms; thundering across the screen with the protagonist's powers and leaving The Destroyer with a devastating blast that tears through your house with a haunting, almost horror-movie beam of destruction.

Thor enjoys all the old extras on the accompanying Blu-ray disc - Commentary, Featurette, Deleted Scenes, and a Marvel One Shot too.

This was a solid introduction, putting in the groundwork for a character who would ultimately be better served by the Avengers movies than his solo efforts

After impressive - but not flawless - work on both the Captain America Trilogy and the Iron Man Trilogy Disney finally puts the first two Thor movies out on the 4K format, but this first one yields slightly less impressive results, taking the DNR application one step too far, and dialling the volume down a notch on the Atmos. Nonetheless, it's an undeniable upgrade on both fronts, and a likely easy choice to pick up as part of a well-priced trilogy set and complete your 4K collection of the MCU.