This Is 40 Blu-ray Review 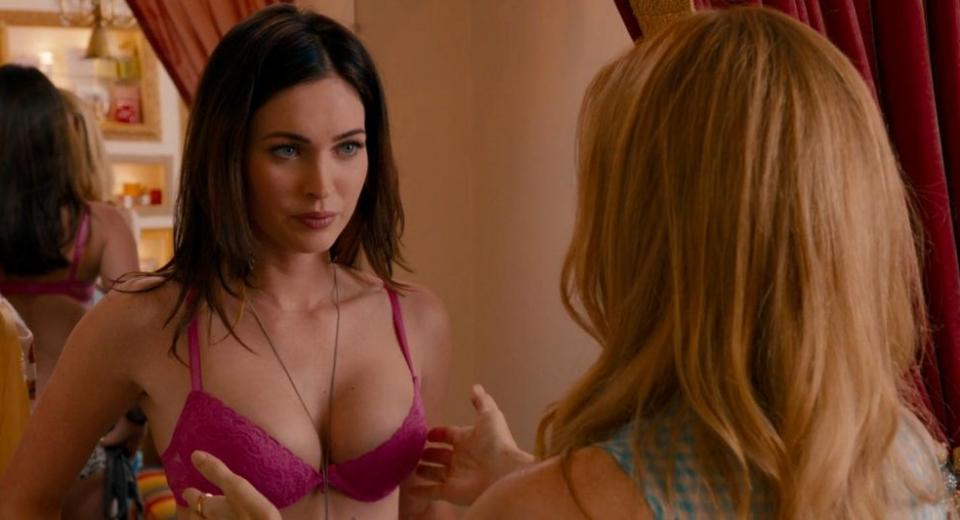 This Is 40 hits UK Region Free Blu-ray complete with what is likely the exact same impressive 1080p/AVC encode High Definition video presentation, in the movie’s original theatrical aspect ratio of 2.4:1 widescreen, that the US received a few months back. Detail is fantastic, both on the fine object scale and also on the wider shots, with superb clarity, clean edges and no sign of either unruly DNR or invasive edge enhancement. The colour scheme is lovingly rendered, vibrant and vivid throughout, with healthy skin tones. Digital defects play little part in this largely excellent presentation, although a hint of seemingly unintentional noise and a smidge of crush – both apparent only in the darker sequences – does prevent the score from quite hitting that picture perfect 10/10. Still, there’s no denying that it’s demo quality, and I doubt this feature could look much better.

The accompanying DTS-HD Master Audio 5.1 track is also pretty good, although not quite impressive enough to attain reference status. Dialogue – the dominant element of the feature – comes across clearly and coherently throughout, no matter how softly or swiftly spoken, largely dominating the frontal array for the majority of the proceedings. Indeed it’s no surprise that, as a result, the track is a fairly front-heavy offering, although that’s not to say that it doesn’t make time or space for some nice, down-to-earth atmospheric observation. Ambience may not necessarily be the priority but there are still a few nice touches, with the bar sequence and live band quite effective, and the street-based sequences pulling in some nice traffic sounds. The score also gives the surrounds (and LFE channel) something to do; it may be used sparingly, but it’s also used appropriately. Certainly not a boisterous blockbuster affair, This Is 40 still sounds pretty damn good on Blu-ray.

Matching up to the US counterpart, we get all of the same bountiful extras, including both cuts, a Commentary, nearly an hour of extra footage, an hour of Documentary, and over two hours of other background material.

Commentary
Audio Commentary with Writer/Director Judd Apatow is a welcome, comprehensive look behind the making of his feature, from scripting it to covering quite so much ground in such a (relatively) short period of time; from his own experiences and the casting of his wife and children to the exaggeratedly pointed dynamic of his fictional depictions – this was clearly an epic labour of love for him, and it certainly shows here.

Documentary
The Making of This is 40 is a 50-minute piece which takes us further behind the scenes, offering up input from not just the Writer/Director this time around, but now also most of his chosen cast, who contribute their views on the film, the story and relationships in general, through a series of extensive interview segments.

Extra Footage
Deleted, Extended and Alternate Scenes total an extra 54 minutes of footage, some of which could have arguably made the extended cut (certainly in preference to the longer scenes with the band), and some of which is a little obvious in its improvisational angle. Probably, for many, of more value than the Extended Cut, this is worth watching through at least once.
Line-O-Rama & Brooks-O-Rama is an 11-minute stream of improvisational consciousness; now a standard addition for modern comedy releases, and often one of the funniest extras on the disc. Certainly this is no exception – worth checking out.
Gag Reel is a further 8 minutes of general amusement, although slightly more miss than hit, with Outtakes of the cast and crew messing up, and taking things to the limit.
Bodies by Jason is a 3-minute mock-advert with Jason Segel promoting his fitness sessions.

Interviews
Fresh Air with Terry Gross is a 44-minute radio interview between Gross and Writer/Director Judd Apatow. Although it’s quite a big ask to expect you to sit through quite such a long audio interview – and although plenty of the material has already been covered by the extensive Commentary – credit for including this piece, which does have some nice nuggets, as the interview style lends itself towards questions getting answered that may not have previously come to mind during Apatow’s Commentary monologue.

Featurettes
Kids on the Loose continues Apatow’s documentary-style series on his own daughters, spending 12 minutes looking at the progress that they have made since the last chapter.
Long Emotional Ride spends 18 minutes looking at how artist Graham Parker and his old band – the Rumour – reunited.
The Music spends a further 36 minutes in the company of Parker and The Rumour, as well as Ryan Adams, to look at the music for the film.
This is Albert Brooks is an 11 minute segment all about Brooks, with the cast chatting about what it was like to work with the versatile actor.
Biking with Barry spends 3 minutes with Paul Rudd’s character’s biker-best-friend, Barry, as played by Robert Smigel.
Triumph the Insult Comic Dog is an often very funny 9-minute contest where Smigel’s comedy puppet dog challenges various cast and crew members to a round of insults.

"You would do sex with me?"

Almost as perceptively poignant as Funny People; almost as hilarious as 40 Year Old Virgin, Judd Apatow's latest – a sort-of pseudo-follow-up sequel spin-off to his seminal Knocked-Up - is a wonderful blend of relevant, relatable situations and laugh-out-loud humour. An impressive fourth film from the writer/director it's great to see Paul Rudd and Leslie Mann taking the lead this time around; their characters naturally evolving from the sketched-out ideas in Knocked Up. Funny, familiar and thoroughly enjoyable, give it a shot, whatever age you're pretending you're not.

On Region Free UK Blu-ray we get the same excellent video presentation, very good audio accompaniment, and bountiful, extensive extra features, that adorned the US release a while back. Fans should consider this a no-brainer, must-have purchase; newcomers who loved Knocked Up could do worse than give this a blind buy.

“I remember when I was forty, and then I blinked and there I was, going to be ninety. I’m warning you: Don’t blink.”