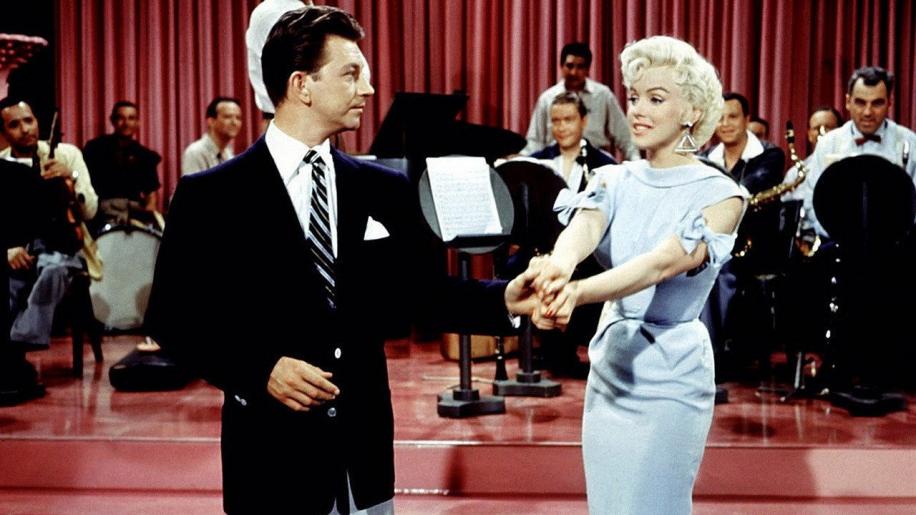 This is the second of two boxsets in which Marilyn Monroe is shown at her best.

Let's make it Legal is two love stories: one is between a daughter and her boyfriend and the second is between the daughter's parents. The movie has the daughter, Barbara Denham (Barbara Bates), refusing to move out of her childhood home as she thinks that her mother, Miriam Halsworth (Claudette Colbert) couldn't cope. This is because Miriam is having a divorce from Hugh Halsworth (Macdonald Carey) and stress levels are high. Things get more confusing when an old friend of Hugh and Miriam pays a visit, with a strange secret.

As Young as You Feel is about a printer John Hodges (Monty Woolley) who is forced into retirement, making a large hole in the household's income. After an insufferable period of retirement, Hodges decides to make things more interesting. He impersonates his old companies director in order to change policy and avoid his time of rest. He finds it all a little hard to relinquish when beautiful Harriot (Monroe) begins to take notice of him.

As young as You Feel is the winner here. I found Wolley's performance to be genuinely funny, in an old school kind of way. The locations and topics are also more earthed to normal life. I am sure many people in retirement can empathise with John Hodges' position.

Let's make it Legal is less successful, in that the story doesn't flow as well, and the comedy not as effective. The situation is a bit out of fashion, too: The last thing I would want is to live with my parents and wife in the same house! One thing I did notice, not surprisingly, is Monroe's swimsuit in one scene. I remember thinking “Jesus! That's pretty risqué for the 50's!” Indeed, so revealing was this suit, that the stage was a closed set while Monroe was filming (check out the picture). I suppose that this highlights the token nature of Monroe's roles in some of her movies: that of the beauty with not much to do. As I said in Vol 1, it is a shame that the movies I had to review weren't the best in Monroe's cannon. I cant believe that such a reputation was garnered by look alone?