Making the best (film) of a bad situation 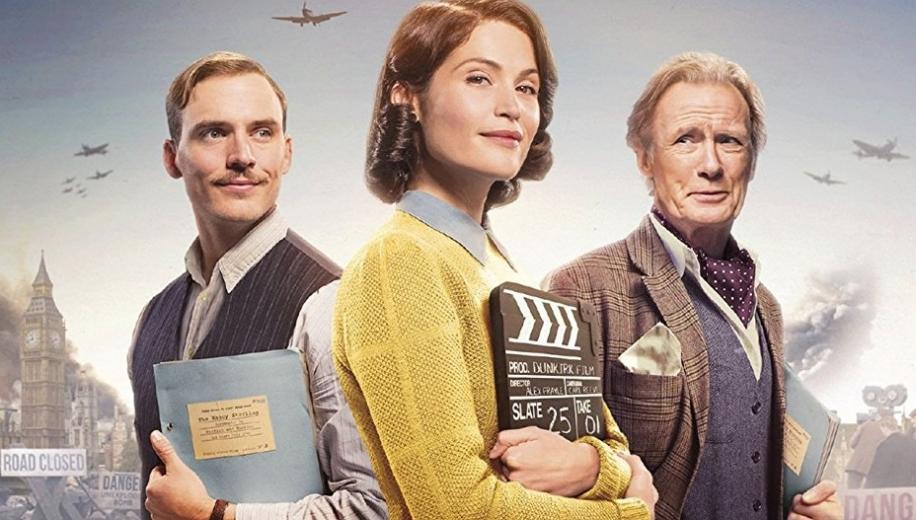 The commercially well-timed Their Finest puts a different, lighter, spin on the events most recently explored in Christopher Nolan's excellent Dunkirk.

Adopting a reflective film-within-a-film format that affords the piece a far more politically aware dynamic than a straight narrative would have otherwise provided for, Their Finest tells the tale of the mid-War effort to turn the events of the Dunkirk retreat into a powerful piece of positive propaganda. Leading the charge, and struggling to forge her own path in a sea of sexism, is Gemma Arterton's budding writer, disturbing the male dominance with her passionate ideas, drifting from her artist fiancee (Boardwalk Empire's Jack Huston) and enjoying shared interests with Sam (The Hunger Games sequels) Claflin's screenwriter, whilst upsetting the balance for Bill Nighy's aging screen diva.
There are a lot of socio-political strands populating Their Finest - reflecting on the sexism of the era, the sentiments following the Dunkirk escape, and even (using clever film-within-the-film tactics) taking a slight at the US contribution to the war effort, at least as perceived by the Brits. The biggest problem is it can't strike a consistent tone, attempting to blend light frivolity and outright comedy with scenes of death and destruction (and it's getting boring seeing actors substitute vomiting for genuine acting when facing death). The tone and twists don't make for a satisfying whole, with Nighy on scene-stealing form but still not elevating this piece beyond TV period show standards.

Their Finest reaches Region B-locked UK Blu-ray courtesy of Lionsgate, afforded a strong 1080p/AVC-encoded High Definition presentation in the movie's original theatrical aspect ratio of 2.39:1 widescreen. The digitally shot production looks suitably impressive, although lacking a certain finesse which we've come to expect from modern productions because it's been retrofitted with a certain period wash that sets the stage but isn't always conducive towards razor-sharp detailing.


There's little to fault, and though it's never likely to make for demo material, it looks good nonetheless

Nevertheless clarity is strong, and textures are impressive, lapping up the period setting and making the most of the various environments, with a colour scheme also suitably period, decked in dominant browns and greys and sepia, but still peppered with brighter dashes here and there. Black levels remain strong throughout. There's little to fault, and though it's never likely to make for demo material, it looks good nonetheless.

Although given precious little room to breathe and fully expand and envelope you, the accompanying DTS-HD Master Audio 5.1 track is also a solid affair, making the most of the limited interior setting and near-complete lack of bombast, whilst also exploding into thunderous action for the brief air raid bombing sequences that will detonate right in your living room.


Their finest does just fine in terms of its soundtrack

Dialogue is keenly promoted across the front and centre channels, afforded prioritisation across the rest of the elements and, really, the most important aspect of the piece, whilst effects remain, as aforementioned, largely atmospheric. There are a few nice scenes 'at sea', as well as on the windy beaches, whilst echoing briefing rooms and claustrophobic offices populate the rest of the piece. It's the score that lets the side down though, with an inane, painfully repetitive theme that plays again and again and again. Although, technically, it gives the surrounds more fuel, it's truly a terrible piece of generic scoring that devalues the movie at every possible opportunity. As an overall audio track, Their Finest does just fine, but it too isn't ever going to be used for demo purposes.

The limited extras match up to those available on the seemingly identical US release; headlined by an Audio Commentary by director Lone Scherfig, as well as further background afforded through a slightly fluffy 8 minute Making-of Featurette, Flickers of Hope.

Their Finest is harmless and well-intentioned, with an interesting technique for dual storytelling which could have been better serviced by a more serious tone. That said, the lighter, frivolous style clearly works for some, with the film securing a surprising popularity - particularly coming in the wake of Christopher Nolan's far superior Dunkirk.

The Region B-locked UK Blu-ray release affords the film decent video and audio as well as a couple of nice extras, leaving it a solid purchase for fans.