It was all a dream?? 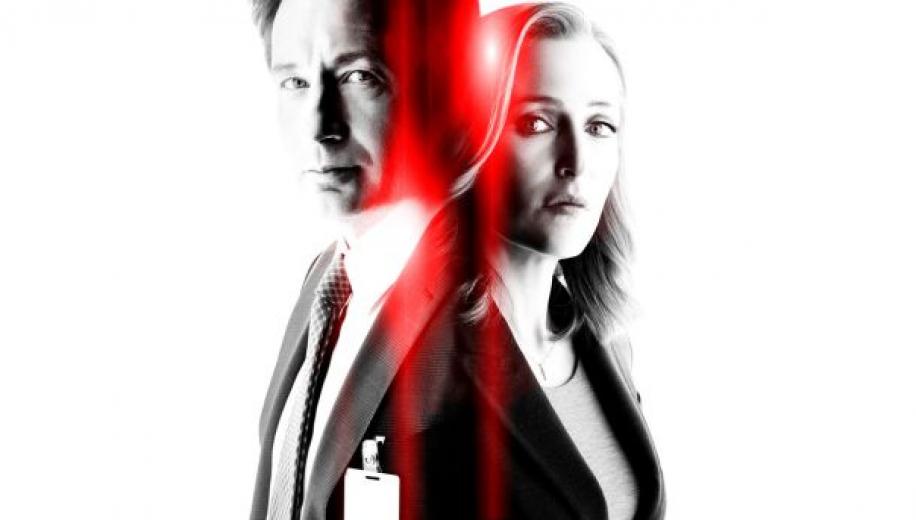 Thankfully bringing the cliffhanger Event Series to some kind of conclusion, this is still hardly X-Files at its finest.

The X-Files was once the very definition of "Event Television", so it's somewhat ironic that the Event Series (in effect, Season 10) is anything but, struggling to offer anything but the briefest of reminder of the great show that came to TV 25 years ago. It's ending was a breakneck story that left things hanging on a devastating cliffhanger.

Immediately cursed by the Bobby Ewing effect, it's hard to believe that the best that series creator Chris Carter could come up with to address the cliffhanger was 'it was all a dream', with the cataclysmic events of the last season simply dismissed as little more than a vision of the future. It's lazy storytelling, with the mythology arc of these two latest X-Files resurrection series - the four My Struggle episodes - arguably proving the least satisfying.

Fans of the show have struggled with the mythology vs. episode-of-the-week format of the show for a quarter of a Century, with the manipulative machinations of Cigarette Smoking Man, warring factions of alien races, shady Government organisations, experimentations and abductions, super-soldiers and hybrids ultimately feeling like it was simply never going to go anywhere - at least nowhere satisfying.

As a result, fans have obviously had to instead content themselves with the standalone one-shot episodes that tell succinct tales of mystery, with a handful of gems that rival some of the best TV out there. Series 11, much like it's much shorter Event Series predecessor, continues to attempt to fuel the never-ending mythology, but now the two overreaching episodes bookend a more substantial 8 one-offs in between.


The X-Files is at its best when it's looking at small-scale mystery in the style of The Twilight Zone.

Depending on your tolerance of the lazy, contrived way they elude having to deal with the ramifications of the last season (and the, at times, shocking acting of even the core cast members, who clearly agreed that the writing was lazy), there are actually a few nice episodes further into this season. The second episode, This, affords the show a look at the morality of electronic storage of consciousness (after a solid, action-packed home assault intro), whilst the seventh episode, Rm9sbG93ZXJz, is a tense (and cleverly dialogue-less) look at AI spiralling out of control. Both remain Black Mirror-infused explorations of technology gone awry and play to The X-Files' strengths.

Then there's the less tech-driven mysteries which include a kids' game gone wrong in Plus One, some strange monster scares in Ghouli, witches in Familiar and a twisted look at immortality in Nothing Lasts Forever. They may not be classic X-Files, but they are much more satisfying than the unnecessarily complex mythology episodes, with a few nice beats thrown in that will remind fans of the good old days, and Duchovny and Anderson on much better form than they are during the head-scratching season opener.

The remaining two episodes aren't quite standalone, with Kitten giving Skinner's character a great little arc, and The Lost Art of Forehead Sweat offering a comedy-infused, mind-twisting look at perceived reality and the impact on the history of the X-Files. They're arguably the highlights of the series, although the AI-gone-wrong Rm9sbG93ZXJz is also a strong contender, proving again that The X-Files is at its best when it's looking at small-scale mystery in the style of Black Mirror or its progenitor, The Twilight Zone. As a result, with the quotient of one-off episodes far higher in this season (8:2), it's an inherently stronger season.

Ultimately the mythology episodes are what will likely still curse this revival of The X-Files, however, with a big question mark over whether there will ever be another season and an almost certainly that, if there is, it won't involve all of the core cast. Carter's insistence on peeling back more and more layers to the conspiracy rather than bothering to even attempt to answer the questions posed over the last 25 years leave the episodes frustrating at best, and even the finale doesn't satisfy as much as it ostensibly should. The X-Files - Season 11 enjoys a very good presentation courtesy of its modern production design and shoot, afforded the gloss it never had in its early days, which at least leaves us with visuals that impress. Fox's 1080p/AVC-encoded High Definition video presentation comes framed in the show's original aired aspect ratio of 1.78:1.

Detail remains strong throughout, picking up on the seemingly ageless Anderson and increasingly haggard Duchovny, lapping up the environmental nuances, enjoying the modern cars, the more natural environments reminiscent of the good old days - venturing into the woods both at day and night - whilst given a tech edge in the AI episode (and the one with the downloaded consciousness). It's a solid presentation, with a little grain around the edges, but a consistently shiny production otherwise. The accompanying DTS-HD Master Audio 5.1 track provides strong effects and scoring, not really distinguishing itself in terms of either source content or demo dissemination, but doing a decent job nonetheless, and occasionally coming close to excellence. Dialogue remains firmly prioritised, including Duchovny's more monotone than ever voiceover, whilst effects range from the more punchy gunshots and screechy car chases, to monster attacks, woodland scares and buzzing drones and tech. The score should be one of the most impressive elements, but often feels the most derivative, particularly during scenes of supposedly tense action (the car chases are tedious), doing little to stand out. Nonetheless it's a technically impressive affair with some very good moments. A strong selection of extras.

The Blu-ray release enjoys a strong selection of extras, including a couple of Commentaries on the episodes Kitten and the last episode, affording some background into the production and, in the latter case, the mythology. There are a number of Featurettes including Solve for X: Constructing Season 11; Implanted Memories: 25 Years of The X-Files; The Scully Effect; and Green Production. There's also an Audio Conversation on the Fox Lot and a Gag Reel. The mythology episodes are what will likely still curse this revival of The X-Files.

The benefit to a longer Season 11 is that we get more standalone episodes, which are the closest that this X-Files revival comes to tasting its former glory. Bogged down by history, creator Chris Carter doesn't quite know how to deliver a satisfying conclusion to some heavily entrenched mythology, but does still afford us a few minor moments of classic X-Files mystery. Fox's Blu-ray release provides very good video and audio and a strong selection of extra features too leaving this a solid purchase for fans to round out their collection with. Whether or not this will actually be the end is hard to know, but unless they can finally find a fitting conclusion, perhaps it's best left well alone.