The World At War DVD Review 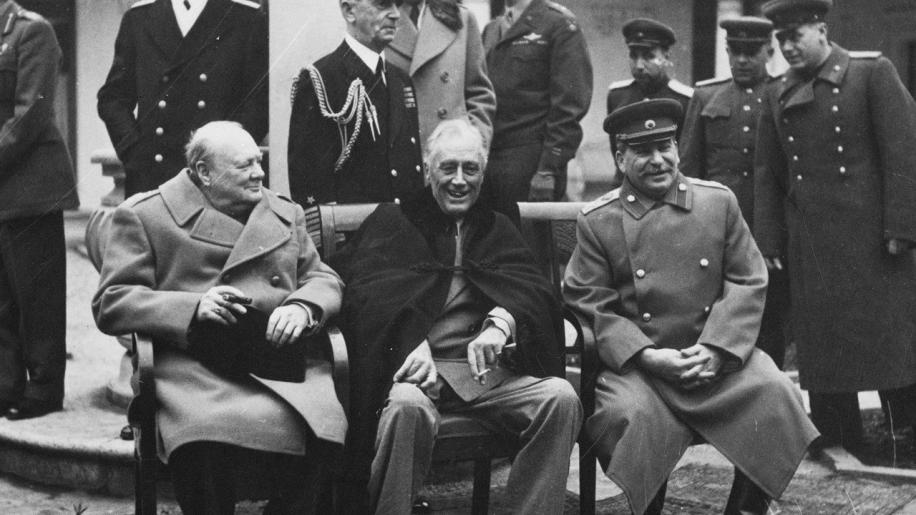 The picture is fullscreen 4.3 ratio that has been digitally re-mastered for this release with an average bitrate of 4-6 Mbps. Of course, most of the program is made up of old news reel footage that was never in very good condition to begin with, so there is plenty of print damage, even the interview sections suffer, as well as containing film grain. Colours, when there are some, are often bold with perhaps too much red, again consistent with age and type. Contrast and brightness, on the other hand, is for the most part fine with excellent blacks, accepting certain film stock was of an age that greys were the norm. Digitally there are no compression problems, but I think I might have spotted the tiniest bit of edge enhancement here and there. However, all this is not bad, it adds to the subject matter of the program and does not look out of place, so even though picture wise the score is not good, it does not matter. The disc has been given a Dolby digital 2.0 stereo sound track, that to be honest sounds more like mono pumped into two speakers. The bulk of the sound is narration and talking from the interviews, however there is a bit of incidental music and the added effects are often gun shots and explosions. The bass level is reasonably deep, and everything sounds perfectly functional. Once again, this program doesn't need flashy sound effects, the narrative is quite clear and never distorts exactly as you would expect. Each disc contains summaries of all 25 episodes, plus biographies and detailed program information. There is also a selection of War museum photos. The menu can scroll to the right to put the various episodes into timeline. Finally as well as the various chapter stops, there are options to select various parts of the episode such as 'war footage', 'graphics' or 'songs and poems'. Not a huge amount, but then it doesn't need any, the program speaks for itself. The World at War is quite simply the finest factual DVD set there is. Each episode contains is own jaw dropping horror, be that atrocity or incredulous action and I cannot emphasize just how truly compelling a watch the discs are. I am fully convinced that this set should be compulsory viewing.