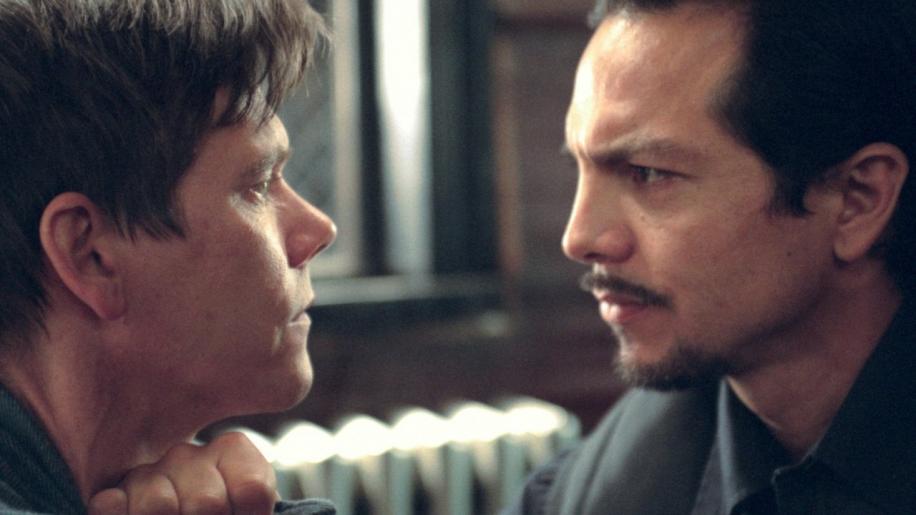 The transfer is fine, however the print used could have been cleaner, as there is a reasonable amount of dust specks and one particularly nasty blemish present. The print was slightly grainy, but to be fair, not only do I think it's somewhat deliberate, I also think it suits the tone of the movie. Colours are muted in general, for stylistic reasons, but there are moments when we have a burst of vividness, which is handled well, especially as there is/was no colour bleeding. Black levels are deep and fine, with shadow detail not suffering at all. If it wasn't for the terrible print used, this would gain an extra point - it's not reference quality, but for the movie, it works rather well. Boasting both a Dolby Digital and DTS track (which wasn't mentioned on the box!), this soundtrack is as engaging as it gets for a drama. We don't need fancy surround tricks here, we need to hear what's said clearly and precisely and we do. Dialogue is nicely done, with clean, natural sounding voices. Surrounds are engaging for atmosphere and it does pull you into the movie through the excellent use of music and other ambient sounds. LFE gets a minor workout through the music with some deep bass effects, which when they occur are wonderful and keep the tone and atmosphere somewhat off kilter. It's not technically stunning ala the Matrix, but it does more than an adequate job. There's nothing really to separate the Dolby over the DTS, although the DTS, as usual, is slightly louder with a slightly deeper bass level. A relatively features-lite DVD, we have a 5 minute featurette called “Getting It Made”, which concisely elaborates on how the film got made. Clearly the subject matter was going to cause problems and this is highlighted by a certain Christmas present being received. 1 deleted and 2 extended scenes are present and while I agree with the deleted scene, I think that the extended scenes should have been kept in. Maybe it's just me but I think it explained certain things in more depth, which gives more of an insight into Walters' emotional state. We then have the trailers for this and several other movies. Finally we have the co-writer and directors commentary, featuring Nicole Kassell. I'm not a fan of commentary tracks and I didn't manage to last through this one either, but it's very interesting and touches upon all subjects from casting to the subject matter and research performed. It is the research elements that were particularly interesting to me. Worth a listen, once you've watched the movie. This movie is clearly going to be somewhat disturbing in its subject matter for some people, particularly parents I would think. Don't be put off though; this is an excellent film, with one of the finest, most believable performances I've seen in a long time. Yes, there are at least two scenes that will make you feel uncomfortable, possibly even slightly repulsed, but you can't forget that this is an adult drama, discussing very adult, albeit socially unacceptable, themes. To pass this by would truly be a shame, not just for Bacon but for the fact that, unlike so much that Hollywood dishes out, this will make you think. Isn't it worth it just for that?