The Woods Are Full of Cuckoos Movie Review 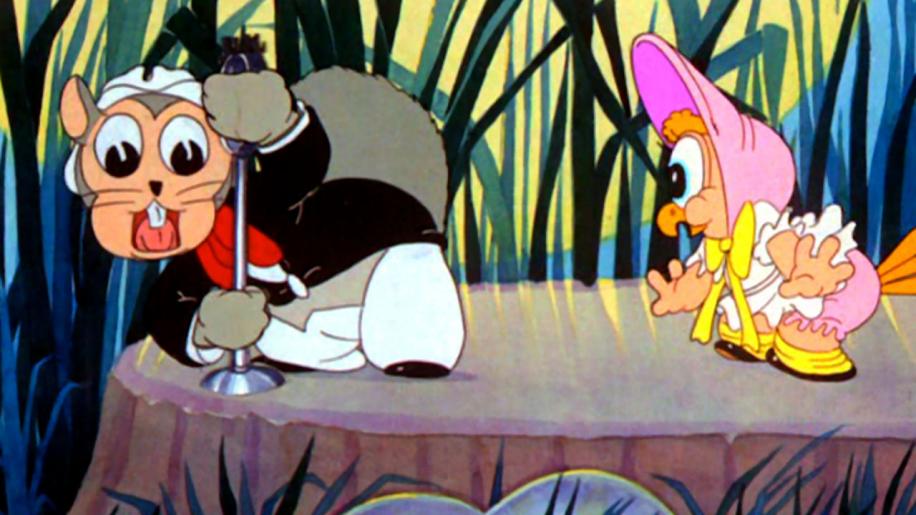 Not many DVD's can be introduced in so few words.. but I doubt there is anyone reading this who doesn't know what I'm talking about - Bugs Bunny is probably one of the most widely recognised icons throughout the world. The Looney Tunes popularity is universal and they have entertained young and old from the 1930's to the present day and there is no reason why this won't continue - especially with collectors sets like this keeping Bugs and his pals in digital glory. This is the third volume of the Looney Tunes Golden Collection and is so jam packed full of classic cartoons and extras that I wonder what went on the previous two sets!This set has 4 discs, beautifully packaged in a gatefold box, complete with a limited edition cell of animation. Each disc hosts 15 shorts plus numerous extras. This volume sees the appearance of Bugs, Porky, Daffy, Pepe Le Pew, Elmer Fudd, Tweety-Pie, Sylvester and more. The set makes a fantastic addition to anyone's collection - the shorts are obviously great and will still entertain children today, but the extras are copious and serious enough that older fans will have plenty to get their teeth into. Each disc contains an introduction by Whoopi Goldberg and interestingly she highlights the fact that whilst these shorts have been digitally re-mastered they have also been reinstated to their original form - complete with racist and sexual stereotypes from the period. As she wisely says, to not include these images would be to deny their existence but now we have the chance to learn from them and hopefully educate our children why we no longer view life this way. I have to admit most of my experience of these cartoons had been on TV so these stereotypes had already been cut and weren't broadcast. Looking at some of the portrayal of the Black or Asian community on this DVD is quite cringe-worthy now, but I applaud their stance on this issue.

The character animation was so good for it's time that even now it stands up against many of it's modern peers. People obsessed with CGI and numbers of pixels should take time to watch these masters at work - with a few pen lines they can conjure up more emotion or expression than the most powerful Silicon workstation.

The Looney Tunes franchise is one of the most successful animation studios of all time and this DVD box-set captures some of that magic, reminding us that these animations were originally created for adults as well as children, to be shown before main features at the cinema. They operate well on multiple levels and this can still be seen when watching this DVD today. Aspects like this are highlighted during the myriad of audio commentaries and documentaries spanned across the discs. I haven't seen the previous volumes in this series but volume 3 is a comprehensive snap-shot of the entire Looney Tunes portfolio and a great set of extras gives those that desire it an insight into all aspects of the history and production of these classic animations.