The Wonderful 101: Wii U Review

Come to rescue the Wii U? 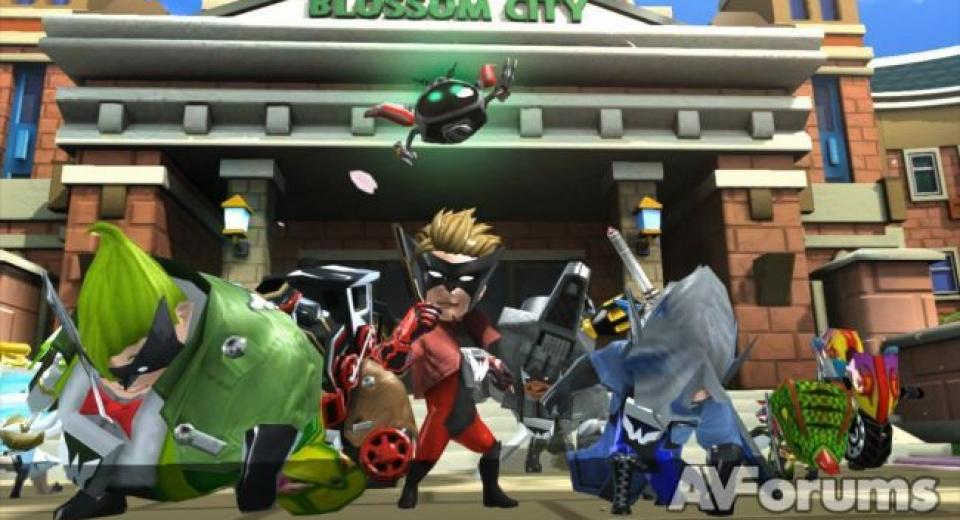 E3 2012 had a few interesting titles, but even at that stage the Wii U support was beginning to look thin on the ground. The Wonderful 101 - originally Project P-100 - looked just the kind of thing to ignite imaginations and set a spark of optimism in consumers for the derided Nintendo console. Coming from Platinum Games it boasts a suitable pedigree that the core crowd can latch onto; with Hideki Kamiya (previously employed at Capcom’s much vaunted Clover Studio) the main creative force behind its inception, enthusiasm was high.

Between then and now, the Wii U has suffered a pummelling, both in terms of sales and reputation; it could do with a shot in the arm, it could do with The Wonderful 101. Capturing all the colour and vibrancy of Viewtiful Joe, it’s a feast for the eyes that retains many of the same visual flourishes. In gameplay terms it’s a slightly harder sell; an isometric view with gameplay based around population gathering and combos, it’s equal parts Pikmin and Okami, a heady blend of ally collection and heat-of-the-moment line drawing. Everything in the game is dialled to eleven; the searing colours, dazzling pyrotechnics, chaotic combat and sheer pace of it all screams arcade appeal. Yet there’s still a story, and as you’d expect from Platinum, it’s fairly unique. At heart, it’s a straightforward superhero tale of a collective of individuals with powers, uniting to battle an alien horde. But with such characters as Kabuki Man and Toilet Bowl Man, the tone is obviously more left-field. The snappy dialogue plays on the post-modern view of the lycra-clad protagonist, with egocentric figures and excessive cartoon villainry.

The humour is initially endearing, the sheer cheesiness is hard to fault and seems a breath of fresh air in a market gone stale with seriousness, a knowing nod here and there indicates that the eye-catching visuals should not confuse you into thinking this is a child’s game; it’s more a big kid’s game. However, the absurdity soon becomes a bit of a one note joke, the overplayed cut-scenes - riffing off bizarrely inane interplay and characters’ insane superhero/supervillain soliloquies - become too predictable, looking infinitely skippable. Humour in videogames is tough, and though it’s commendable to see it attempted as an integral part of a game’s appeal, with some nice references, when it falls flat it begins to seem counterproductive. What’s catchy in a 30 second trailer can get tired fast, and you’ll either love it or ignore it.

But that should be secondary anyway, a good story is sadly not a pre-requisite of a good game. The gameplay is woven around the madness, and the tenuous grip it has on reality makes the design decisions more fitting. You shouldn’t bat an eyelid at anything once the scene has been set with an “anything goes” tone. This may infuriate as much as ingratiate as the lack of tutorials will be bewildering to those not keen on simply discovering how it all fits together; collecting O-Parts as in-game currency and finding a mixer in the menu which you can put incongruous ingredients into are the kind of touches that normal games would go to great lengths to not only explain but to force players to utilise from the start. However, The Wonderful 101 is no ordinary game, it practically revels in the juxtaposition of a friendly aesthetic masking a core gaming experience.

The "Quick Help" menu is always there, but it appears to be only accessible via the stylus (a weird concoction of buttons and stylus menu navigation) and its little infographics cycle through their screens so fast that even these minor pointers can infuriate. If you’re truly stuck, I’d advise dropping the miiverse a message, it comes in handy and is well integrated. The clearest influences of Pikmin and Okami make for an initially disconcerting mix, you collect allies as you proceed, watching over your motley crew from a distanced isometric view. The crowd battle as one, and can form into weapon shapes you draw with the right stick or the stylus. The stylus is obviously easiest, and brings to mind the choice of Move controller or analogue stick with Okami HD on the PlayStation 3, but with practice you should be able to transcend the fiddle of having to hold it whilst gripping the GamePad and opt solely for analogue stick input.

The dual screen nature of the game, offering various options on the GamePad as well as pinpointing the exact location of your mob is equal parts inventive and annoying. Menus can be fiddly to navigate and if you choose to play solely on the GamePad (which is perhaps the easiest way to get a close look at the action if you lack a huge TV) then the point of dual screen views whilst entering buildings is lost. You can toggle through them, including a picture-in-picture mode, but it becomes a bothersome cycle, and for some scenes a view of both inside and out is necessary as you marry up interaction with puzzle objects. On one notable occasion, you need both views, but the picture-in-picture obscures something vital to success.

It’s these prominent early signs of roughness that will undoubtedly affect how people regard The Wonderful 101. As you begin to play, the drawing seems unwieldy and imprecise (exacerbated as your repertoire swells and shapes inevitably have a vaguely similar pattern) and the large number of bodies - obscuring your view of exactly where you are on the screen - will confuse beginners. For all its candy cane visuals and mirthful exuberance, this is a title that requires perseverance. The control scheme - using the face buttons to team attack, join up, jump or morph bodies into an object/weapon - seems simple, but it’s all too easy to become entranced with the latter Unite Morph ability. Turning your allies into a sword, giving you a good range, offers the best chance for progression, but there are difficulty spikes that punish that kind of one-track thinking. Armoured enemies are the first stumbling block, and as you start to face multiple variants in one arena you have to learn attack patterns. Don’t be fooled by the sheep’s clothing of an accessible combo-building button-masher, the wolf underneath is far more devious. Once you’ve gone past the early disappointment of the niggles, the puzzling nature of it all, pushed through a spike or two and discovered simple things like the parry ability, you may just find as pure a dose of adrenalin-fuelled synaesthesia action as videogaming (certainly on the Wii U) can offer. It certainly helps that the soundtrack accompnaying the maelstrom of mini characters is sutibaly rousing. It's just a pity that the GamePad's whiny and underwhelming force feedback is so extensively used.

Discard the ally system that shrieks of Pikmin, or the view that seems to obscure the core character you control due to the hectic on-screen carnage; you need to regard the characters amassed as a whole, like an octopus flinging out tentacles in all directions. Fight as such, attempt to almost unfocus your eyes, taking in the whole field rather than one corner, and once you get to that point, you’ll realise it has more in common with a bullet hell schmup than any Nintendo offering.

There’s a reasonable amount of content to play through, and the depth of levelling, gaining abilities and amassing collectables is a nice draw, but it’s the central gameplay itself that’ll have you coming back once its hooks are in. If you want a bit of non-narrative fun then the “Wonderful Missions” offer something for up to five players - ratcheting the hectic nature to a new level, it’s unsurprisingly less satisfying than the main game, as the sense of connection and being in tune and control of everything is understandably lessened. The arcade thrills of the game are definitely better suited to single-player, but the co-op/adversarial score chasing aspect is still fairly fun, even if it may mean an uneven field thanks to the Wii U’s inability to support more than two GamePads.

The Wonderful 101: Wii U Review

The Wonderful 101 is a bizarre game that is easy to pick up, quick to annoy, difficult to truly master and will be - for many - hard to understand the appeal of. I almost gave up many times. The controls, view and even the humour all have flaws that can be off-putting if not outright infuriating. Struggle through those early hours though and a pure thrill ride of uniquely addictive combat set against a backdrop of cheesy superhero fiction makes itself known in inimitable fashion. Few games offer up that “eureka” feeling when you finally get it.