The Wizard Of Oz DVD Review 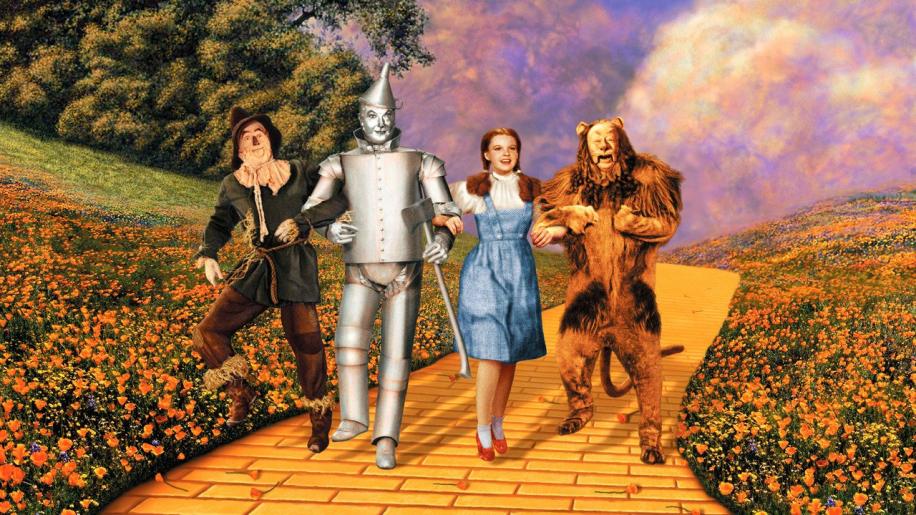 Presented in the original Academy (1.33:1) ratio, Warner should be proud of the restoration work that has gone into this DVD. While the sepia sequences look a touch grainy, the colour section of the film is impeccable. The colours are bright and bold, but still retain that waxy artificiality so typical of films of the period. There's very little in the way of digital artefacts and smearing. It may have been given a Dolby Digital 5.1 remix, but even so, you shouldn't expect a true surround sound experience. The rears are only used for ambience (such as the winds caused by the twister as it approaches), but the front soundspace is particularly strong. Dialogue is clear and precise. When dealing with the Munchkins' high notes during It Really Was No Miracle the mix never sounds strained. The music is sweeping and bold with superb presentation. Not the liveliest 5.1 mix you'll find, but compared to earlier releases it's nothing short of miraculous. The Wizard of Oz has more extras than you can shake a Munchkin at including: a 51 minute retrospective documentary; one deleted dance sequence; five trailers; excerpts from two archival shorts containing behind-the-scenes footage; three deleted scenes (in audio form only) accompanied by stills and home movie footage; ten galleries; six special effects tests; excerpts from three earlier cinematic adaptations (1914 and 1925 silent productions and a 1933 animated version); three 1979 retrospective interviews; excerpts from 1939's Cavalcade of Academy Awards; eight animated extracts from 1967's Off to See the Wizard and audio supplements including various versions of the songs featured in the film, a Good News of 1939 MGM radio show and an MGM promotional radio trailer. Ozstanding.If you like The Wizard of Oz then you must buy this disc. We only wish every classic received such treatment.