A bit too creepy for kids, a bit too silly for adults, it's hard to see who is going to pay £15.99 to rent this 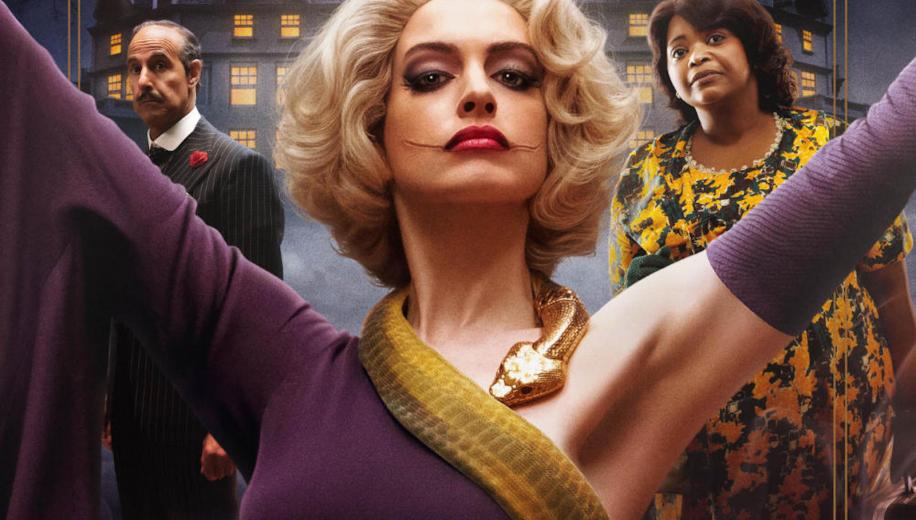 Back to the Future's Robert Zemeckis remakes Roald Dahl's The Witches with Anne Hathaway for HBO Max, releasing it just in time for a Halloween Premium Rental.

The darker edges of Roald Dahl's works have always been enticing, but these are still quintessentially children's tales; colourful worlds, larger-than-life-characters with pointedly descriptive names, and wacky adventures which captivate young minds. Filmmakers have always been interested in pushing the boundaries when it comes to their edginess - like in Burton's psychedelic Charlie and the Chocolate Factory - but thankfully the majority, right up to and including the relatively recent BFG, have still landed on the side of being suitable for kids.

Enter: The Witches, which was first adapted by Nicolas Roeg, in arguably his most mainstream and commercially successful outing, as a surprisingly dark tale based on certainly one of the darker of Dahl's works. Twenty years' later, a reboot was long overdue (per Hollywood's current regurgitating stipulations) and the project attracted the attention of none other than Guillermo Del Toro, who - after a decade in limbo - unfortunately had to step down to just producing duties whilst Zemeckis took the reins. Still, the end result feels very much touched by the hand of Del Toro, with Zemeckis turning in an outlandish all-star extravaganza which also happens to have split-mouthed Blade II-esque demons in it.

After a young boy gets orphaned and taken in by a kindly Grandma, they are targeted by a witch and escape to a hotel only to find a gathering of witches there, led by a Grand High Witch who has a dastardly scheme to turn all of the children in the world into mice so that they may be exterminated once and for all.

The global release of HBO Max's The Witches on premium rental certainly bodes well for other HBO Max releases (presuming their Snyder Cut of Justice League will be released in a single package) and is undoubtedly a lavish, effects-driven, all-star movie which wouldn't have been out of place in the cinema, but that's not to say it will find much interest at home, mainly because of a lack of focus when it comes to who precisely the target audience is.

It's one thing to pitch Mulan at £19.99 in the hope that a family would think it worthwhile viewing for a Friday night - even that's something of a gamble - but The Witches is a very different creature indeed, and not at all suitable for younger children, whilst also hardly substantial enough to be worth a £15.99 rental for adults.

For those with HBO Max, this is clearly an entertaining 'free' yarn; it may not have nailed down its demographic, but it's a fun enough 100-minute romp with witches and talking mice for people to afford it their time. Hell, for free, all those Del Toro nods may just get you through a production which is clearly designed to be watched by younger eyes (the main protagonists are three talking CG mice), but is also highly unsuitable for them (the main antagonists have Chelsea grins and can split their mouths wide open Blade II style to reveal huge 30 Days of Night teeth, whilst stretching their twisted arms out the length of a room like something out of a horror movie).

Anne Hathaway tries her best to remain on-point, with her attempted German-accent, but she really doesn't have a great deal of material to play with, whilst Octavia Spencer's Grandma is an enjoyable non-mouse protagonist, although Chris Rock seems like a terminally bad choice to narrate the whole affair, immediately leaving you little patience with the main child as, well, you know he's going to grow up into Chris Rock.

Reportedly staying closer to the book than Roeg's 1990 adaptation, it probably would have been more sensible for this new production to dial down on the pure horror (it's a questionable PG - very surprising this isn't a 12) and turn in something that parents and their kids could enjoy, and if that wasn't what Zemeckis was shooting for, he should have amped it up all the way, and delivered enough comedy and/or horror to satisfy mature appetites. Your mileage may vary, but there are perhaps only so many CG mouse antics a grown adult can take - perhaps CG child-mice protagonists weren't the best choice if you wanted to shoot for a Ghostbusters-level take on The Witches... but, then again, that was Dahl's children's story...