"And when the humans proved hostile, the Elves built a weapon to destroy them..." 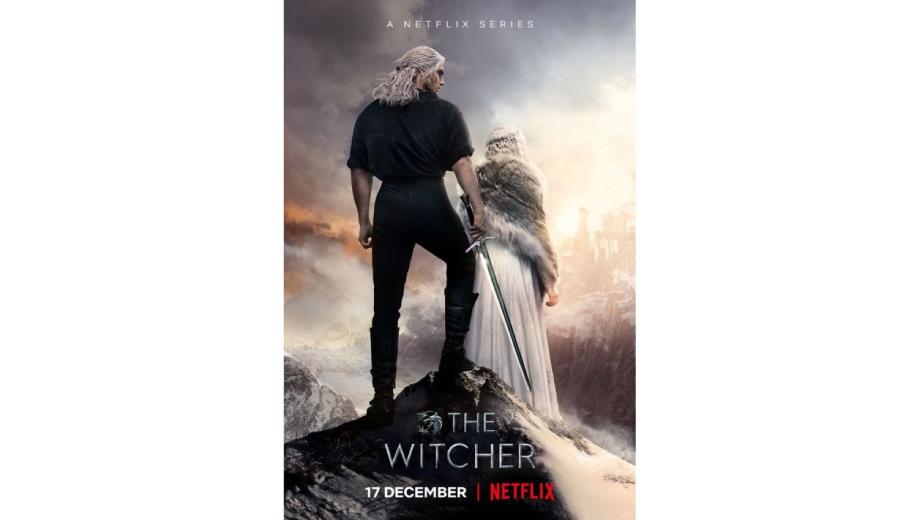 Netflix's adaptation of the massively popular book and videogame series returns for a strong sophomore year, with more swords, sorcery and supernatural SFX.

The first year of Netflix's The Witcher came through in the end, although it wasn't a completely smooth ride, likely losing some of its audience along the way as it built to a conclusion that was basically the start of the main story proper, affording an extended introduction to the characters we were going to be following for the duration, but barely getting started before it ended. The positive news was that fans of the show were looking at an already-greenlit second season, giving some hope as to what was to come. Unfortunately, COVID delays ensued, seeing a long two year wait - with just an animated Netflix event in between - to get to see what was next in store for Geralt and Ciri.

Legendary Witcher Geralt of Rivia and his ward, Princess Ciri, are finally together and undertaking their journey proper with Geralt, haunted by the rumours that the love of his life - Yennefer - died in Sodden, turning to his old Witcher clan to help protect and train Ciri, despite the fact that they have issues of their own: a monster infestation. In the meantime, Yennefer is far from dead, but she is struggling without her powers after she unleashed the fire on Sodden, finding herself on the run with rebels as the landscape turns to a battlescape.

The Witcher looks pretty tremendous in trademark Netflix 4K Dolby Vision, with frequently movie-quality effects and some gorgeous settings (particularly Kaer Morhen). It's a big budget production, and whilst it's hardly wall-to-wall action, the confrontations have scale and impact, and the creatures are innovative and frequently pretty nasty. Black levels are rich and deep and the sorcery powers well represented, whether as shields or flaming swords. If that wasn't enough, that booming Atmos track crafts a welcome atmosphere and gives presence and priority to the dialogue and an expansive vibe to the setpieces.

Season 1 of Witcher was actually based on two of the short stories which were written as prequel tales to the main events, offering more detailed background to the characters. Season 2 continues to pool from the Short Stories collection, but thankfully also gets into the first two books as well, kickstarting the proper journey of Geralt and Ciri. Indeed, it's only really the first episode which is the outstanding short story, a discrete tale that affords a nice way to re-introduce the characters and throw in a little action too.

... atmospheric as all hell

In fact it's a wise decision to get season 2 off to a good start, as the main narrative of The Witcher is initially relatively slow-going, taking a Game of Thrones-esque approach to Yennefer's exploits and the warring factions, whilst Geralt and Ciri remain largely confined to the Witcher home base, with only the threat from within - and the increasing concern that Ciri herself may be connected to the creatures - giving the episodes any momentum.

At just 8 episodes, fans will probably be hoping that there's not another two year gap until the next season - and there's a woeful mid-season misstep where they return to that REALLY irritating bard (and he hasn't improved since Season 1) - but on the whole it's still somewhat strangely comforting to have The Witcher back. This is a book/videogame TV adaptation done right, and even if it's not fully come together - the second season's arc may be more cohesive than the first, but it still similarly bookends everything to an awesome final episode climax - there's much to appreciate in this relatively unusual, high budget Netflix production.

Cavill has really settled into the role and Freya Allan has also grown into the part (looking visibly different now she's no longer a teenager), and there are plenty of nice nods to the games which avid fans will lap up - every time Witcher pops a potion or raises a 'first blow' shield. It's a strangely intoxicating journey, fleetingly compelling, often atmospheric as all hell, and over all too soon, with spurts of imaginative horror-infused action, and certainly a fair amount of intrigue to see where they go next with this sword and sorcery fable.

The Witcher Season 2 is available in 4K Dolby Vision and Dolby Atmos on Netflix now.