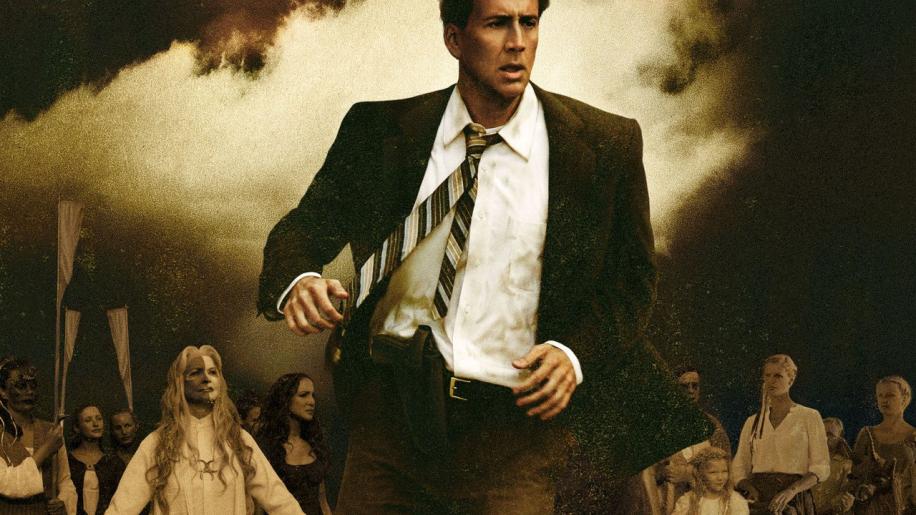 The disc presents an anamorphic widescreen 2.40:1 transfer that shows all the hall marks of its modern times. Colours are bright and bold, having an earthy hue, there are strong reds and oranges. Brightness and contrast are set to give very decent blacks giving a reasonable depth to the picture. Detail is very strong through out, trees and woodlands in the distance still maintain strong edges. There were no discernable compression artefacts, neither was there any edge enhancement, the original print was pristine without any blemishes. In fact the only fly in the ointment (or should that be bee) is a sheen of light film grain that covers most of the picture. Overall it is a very good picture, but doesn't quite have that special something that is needed for reference.

Only the one sound track to choose from, English Dolby Digital 5.1 that doesn't really light up the speakers quite as it should. The track is rather quiet to begin with requiring some volume adjustment to get the best out of it, and for the most part is all rather front heavy. The rears come into play with the score and occasional ambiance, though several effects did take me by surprise, the truck crash at the beginning for one. But scenes that were screaming for effects, such as the bee attack, were left high and dry. Bass too was a little lacking, LF effects were extremely limited, though the rumble of the fire was one to warm the floor. Dialogue was always clear and precise, no his nor distortion and never in any danger from being lost in the background. A decent enough track but don't expect it to light up the speakers.

Apart from the films trailer, there is only one extra an audio commentary from director Neil LaBute, co-stars Leelee Sobieski and Kate Beaha, editor Joel Plotch and costume designer Lynette Meyer. Now both the 'director's cut and the theatrical version have the same speakers commenting, and frustratingly a lot of the talk is word for word repeated, maybe edited that way, though where they do differ is with the alternate ending. The violence was removed due to the rating and the end scene of the theatrical added to provide an ongoing saga, trouble is you have to sit through an awful lot of gumph to get to that.

Edward Woodward was given an option in this script, he wisely declined but was, apparently, surprised by the quality of the script. I'm not so sure I'd go that far, but this version is not quite the travesty I expected. The changes are all unnecessary, and the theatrical cut is not worth the time, but the alternate version does have some merit, even if it leads others to seek out the original. As a DVD set, the package is all rather tame, a reasonable picture and sound have little back up from the extras, and unfortunately the film is unlikely to survive on it's own.