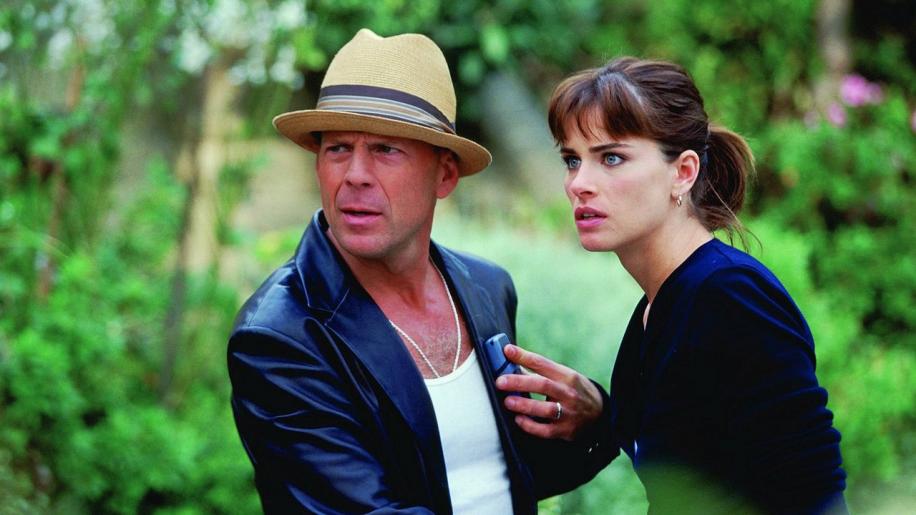 Framed at 1.85:1 and anamorphically enhanced the image on offer here is quite good. The original print shows no signs of damage (as you'd expect with a movie released earlier this year) with the transfer being a little soft but exhibiting good colour balance. There are a few occasions where edge enhancement makes an unwelcome entrance but on the whole it's nothing exceptional but adequate. Presented with a Dolby digital 5.1 English language track (as well as the option of a French audio track and English, French and Spanish subtitles) the sound mix is very front heavy with dialogue being crisp and clear but with little use being made of the rear channels for ambient effects except during moments of gun fire or the odd car explosion. Oh dear. The main menu gives the impression that some time and effort has been put into this release with a humorously animated and scored main menu. Selecting the bonus features option soon puts an end to this optimism. Apart from a theatrical trailer which, oddly, shows several good scenes that are omitted in the finished movie (a shame since it could use all the help it can get) the only feature here is a commentary track. Featuring Director Howard Deutch and screenwriter George Gallo this is not a track to hold your interest. Dominated by Deutch the track has long gaps throughout with too many instances of the director stating the obvious and Gallo almost sounding apologetic at times. Rather woeful. Lacking much of the originality and unpredictability of the first outing, “The Whole Ten Yards” only really works as a piece of farce with the cast, seemingly, running around and hamming it up in order to pad out an ailing script. If (like me) you haven't seen all of the first film, you probably won't have a clue what's happening throughout most of this lesser sequel. If, on the other hand, you liked the (far more) original first movie, then this is probably worth a rental just to catch up with the characters for (hopefully) one more adventure, but I can't recommend it as a keeper.