A fantasy adventure that isn’t just a load of old trollocs. 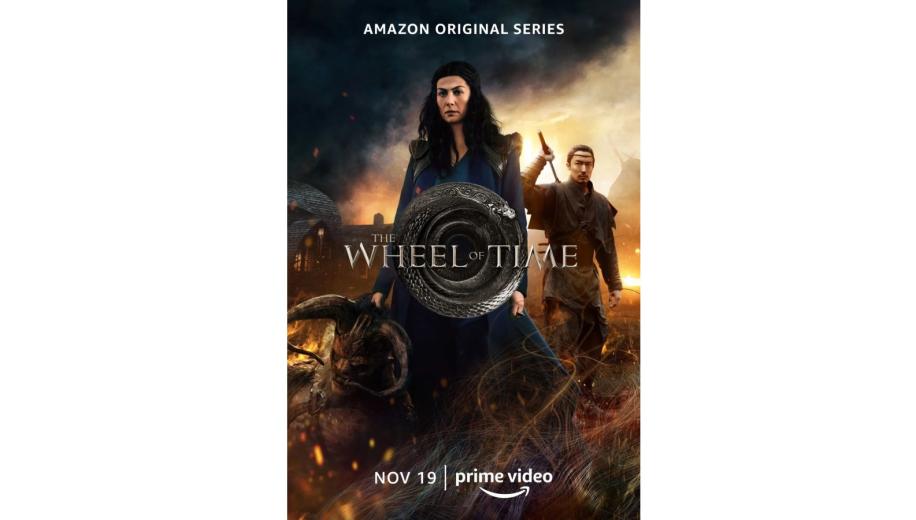 The quest to adapt high fantasy novel series to television has never been an easy one. Many perils face those who attempt it, each of them a killer in their own right: self-serious tone, worn-out character archetypes, necessarily derivative production design, overly convoluted lore, budgetary and technological constraints; many have tried to navigate these dangerous paths. Tried and failed.

You have been tasked with translating the long running series of high fantasy books The Wheel of Time for Amazon. The dark lord Bezos has offered only one instruction, a screeched demand: “Create for me my own Game of Thrones, so that I may grow my evil empire and dominate the streaming kingdoms once and for all!” You recall how he cackled in your face, his billion-dollar spittle flecking your cheek as you nervously wrung your hands.
“But Lord,” you pleaded, “Game of Thrones was historical fantasy and the materials you offer here are high fantasy! It simply cannot be done!”
“You dare question me?” His oddly phallic sceptre rapping on the flagstones sent shivers down your spine. “I will have my own Game of Thrones and either you will provide it or…” He motioned to the emaciated and tortured figure of American Gods and with that you fled the great distribution chamber.

You have but to undertake this quest and only wrong choices face you. Do you choose to lose the darkness and retain the camp? You pass the corpse of Sam Raimi produced adaptation, Legend of the Seeker suggesting that this is not such a great idea. Do you heighten the characters’ emotional beats in order to trim back the scope of the project? Alfred Gough and Miles Millar’s Shannara Chronicles, impaled on its own teen angst, serves as another warning. Perhaps you jettison tricky plot points and the necessity for budget breaking effects altogether? No, the fate of the Sci Fi channel Earthsea adaptation is too grim even to describe. There must be another way to make fantasy work…

Friends Rand, Mat, Perrin and Egwene have their world shattered when a mysterious magic-wielding woman and her bodyguard arrive in their otherwise quiet village, coinciding with a surprise attack from a monstrous horde of trollocs. As the six flee together the friends realise they are set on a path which will lead one of them to their destiny as the reincarnation of the mythical hero and destroyer of The Dark One, The Dragon Reborn.

The series opens with a trio of tonally uneven, visually indistinct episodes which, nevertheless, drag the audience along through a blend of great pacing and suitably inventive magical menace. Relatively little time is spent world-building, which is remarkably refreshing for this type of literary adaptation, rather than feeling mired in its own mythos. The show leaves little choice but to just go with things and hope you pick it up along the way. It’s testament to some snappy writing that, over the first three hours, the basics of what you need to know are mostly revealed and, even higher praise, that it's through the plot rather than through endless expository monologue.

But it’s not all brilliance on the scripting front. Three hours in and the characters remain a little two-dimensional. Granted, there’s some interesting work going on taking the trope of the chosen one and mystery-boxing it between the four teenage characters, but none of them are particularly well developed in this opening run. They all have things to do, and are given suitable motivations to differentiate them and are even sent on separate paths to develop in their own ways, but these are all notes of praise relating to the plotting, more than anything. The way characters speak to each other remains stilted and near-emotionless.

Carrying the heavy weight of this dialogue proves too much for the inexperienced cast. None of whom turn in a particularly bad performance, Marcus Rutherford and Barney Harris as Perrin and Mat respectively are clearly trying to flesh out their characters where they can, with relative success. But, so far, they’re fighting a losing battle as even seasoned professional (and pre-requisite big name) Rosamund Pike struggles when it comes to delivering her fantasy nonsense with conviction.

Where the success of the series currently lies is in its, presumably only lightly adapted, structure. The story moves at great speed offering an engaging blend of moments of charm, magic, adventure, danger and chaste romance within each episode. For the first time in a long time it is a TV show that doesn’t feel the need to pad its runtime with manufactured drama because it knows that, just around the corner, there’s another attack, another mysterious city, another dangerous cult for our fellowship to encounter.

... manages to stay exciting even when it’s not being particularly original

The dangerous cult in question here is The Hand of the Light, the members of which are hell-bent on seeking out “darkfriends”, magic users, witches and torturing confessions out of them. A fantasy inquisition made more fearsome by Abdul Salis performance as Questioner Eamon Valda. Small moments like his shine through what it otherwise a fairly staid production.

That being said, there are highlights to the mostly generic look of the show. The trollocs, Wheel of Time’s answer to Tolkien’s orcs have a variety of excellent designs, enormous vicious boar-men brought to life through a mixture of truly excellent practical effects and less truly excellent digital ones. Their rampage through villages and woods, accompanied by a rider dressed in black (who said there are no new ideas in fantasy?) is appropriately menacing and exciting to watch.

That’s the show’s saving grace in the three-episode season-opener: it manages to stay exciting even when it’s not being particularly original. It rockets along so that the often flat production and so-so dialogue only lingers for a moment before the story moves again. There’s time yet for it to iron out its issues (or develop others) but as a taste of what’s to come, The Wheel of Time is a frothy antidote to the self-seriousness that has engulfed some genre TV in the wake of Thrones.

The dark lord Bezos is appeased… for now.

Episodes 1-3 of The Wheel of Time are available on Amazon Prime Video now, with new episodes released weekly.