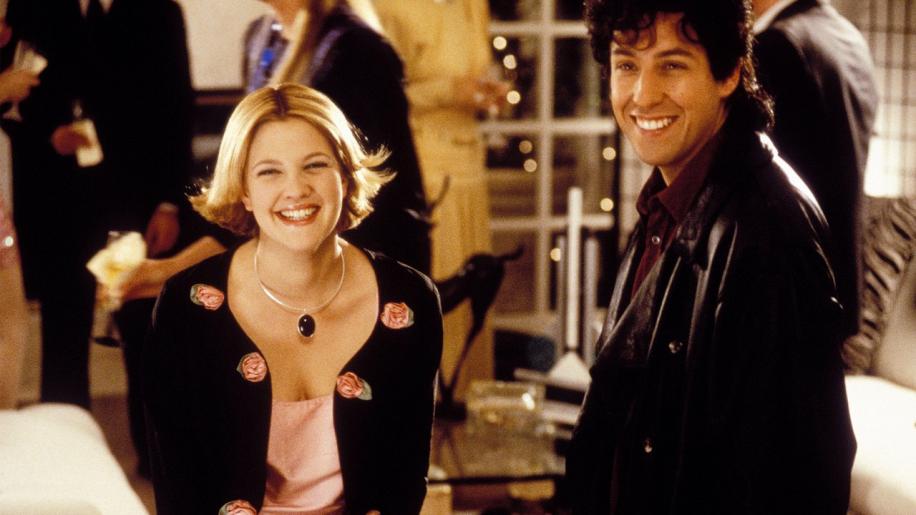 New Line presents The Wedding Singer in an anamorphic 1.85:1 picture, and the results are very impressive indeed. The film looks better than ever, with a very nice transfer that is almost completely free of edge-enhancement and artefacts, while print damage is nigh on non existent. Colour-wise this is a striking transfer, with wonderfully solid blacks, even skin tones and a nice vivid colour palette. A slight complaint would be that occasionally the contrast seems a little dark to cope with the vivid colours in dimly lit scenes, however this really would be being picky. A very satisfying viewing experience Complete with DTS and standard 5.1 mixes, there's certainly a reasonable selection of audio options here. The DTS certainly has the edge in crisp quality, but both tracks follow relative patterns. Sound is beautifully clear and crisp, with a nice balance and really comes into it's own through it's handling of the soundtrack which sounds absolutely fantastic here, being rich and powerful, with nice separation and clarity. Unfortunately the rest of the track never scales the heights of the musical interludes, and too often audio is kept restrained in the centre without any real successful attempts to provide ambiance and effect from the rears. Similarly the LFE channel is kept on the back burner, only springing to life in the cracking musical accompaniments. A good effort, but could have been better. After being re-released in this so-called 'Totally Awesome Edition' by New Line, one could be forgiven for expecting a decent selection of retrospective supplements, some cast and crew involvement, maybe even a commentary. Unfortunately The Wedding Singer slots comfortably into the 'is that it???' school of DVD extras, containing a collection of supplements that would leave you feeling short-changed on a basic initial release, never mind a reissued wacky-named edition such as this.

The first extra (if you can call it that) is the proclamation “more primo footage that ever before”. This is basically five minutes or so of footage inserted into the movie on top of its original theatrical cut. A kind of non-directors cut if you will. There's nothing of particular note here, a few extensions here or there and that's about it. Nothing changes the tone of the movie or elaborates on any themes, and there certainly isn't any real gold that was missing from the original cut. All in all it's pretty anonymous and I can't see any real reason to reinsert it other than to provide a viable excuse to repackage the movie.

Next up is a ten minute featurette hosted by Tim Herlihy focusing upon the Broadway adaptation of the movie. It's curious enough to see the scenes from the play and how they have been adapted from the movie, but it's far too brief to be anything but free advertising to go see the play, and nothing is covered in any depth. A disappointing supplement that in truth has very little connection to the original movie other than the sharing of the concept over two formats.

Following this is a “80s Mix Tapes” feature, which essentially allows you to jump to the scenes where classic eighties tunes are playing on the soundtrack, while simultaneously providing some brief info on the bands (brief biographies, release year, chart position etc). It's an interesting enough concept, but kills little over a minute in the entertainment stakes.

Rounding off (yes that really is it) is a theatrical trailer and some sneak peaks of unrelated movies.

What's even more galling is that they haven't even bothered to include the features present on the earlier release (trivia, karaoke, photo gallery), so essentially you aren't even getting anymore bang for your buck in reality. Here that noise? Yep, it's the distinctive sound of a barrel being scraped.... An enjoyable enough little rom-com which should hold special appeal to those with a predilection to the eighties comedies it so obviously models itself on. Those without the movie that fit the criteria should think about giving this light-hearted romp the benefit of the doubt. If you already possess the original DVD, then you would need to be the world's most dedicated fan to consider the upgrade, as very little has been done with this DVD to justify it's re-release.