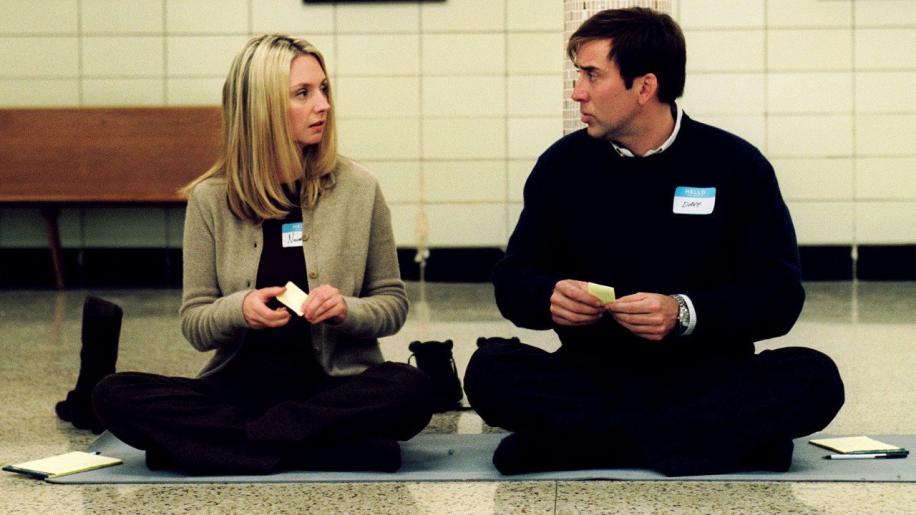 Presented in a 1.85:1 ratio and enhanced for widescreen TV's, this is a fine looking transfer. Verbinski's distinctive palette of icy blues and greys are vividly created here to stunning effect. Colour levels are even, and blacks are rock solid throughout. Skin colours, although muted in accordance with the visual style, are consistent and even. There is no real evidence of print damage, or any noticeable artefacts, and the picture is on the whole sharp and well defined. A minor gripe is the occasional appearance of grain (most noticeable across single-colour backgrounds), but unless you specifically hunt it out, it isn't all that apparent. Presented with a Dolby Digital 5.1 soundtrack, unfortunately the result here is somewhat underwhelming. Whilst it comes as no surprise that a subtle and restrained film such as this isn't blessed with a thunderously involving surround experience, the 5.1 track provided here still falls down with more basic imperfections. Surrounds are rarely given much to do, and the LFE channel remains resolutely restrained throughout. These problems are forgivable, but the main problems lie with the mix, which leaves dialogue somewhat muddy and lacking the precise clarity one expects from a character driven film like this one. Likewise the sound levels seem to vary from scene to scene, where quiet unfocused dialogue suddenly lurches to loud domineering soundtrack requiring occasional tweaking on the volume button. Disappointing. Supplements here are made up of five separate featurettes which all focus specifically on varying factors behind the construction of the film. Each featurette is constructed in the same fashion, and could essentially have formed one long documentary. Whilst this brings coherence and consistency to the extras, it does also tend to introduce a touch of repetition and similitude which makes watching the whole whack in one sitting occasionally arduous. For example the one scene in the film where Spritz is hit by a flying milkshake is recycled endlessly and seems to appear about four or five times through the course of the bonus features. Each featurette is composed with clips from the film, behind-the-scenes footage, and interviews with cast and crew members. Extended Outlook: The Script (10:06) unsurprisingly focuses on writer Steve Conrad and he provides a genial and interesting interview on his influences and experiences which he has put to use in the plot of the film. Forecast: Becoming a Weatherman (5:45) is a less essential piece, concentrating on the actual real-life weathermen and their jobs. It's a watchable, but ultimately superfluous and somewhat unnecessary addition. Things pick up again with Atmospheric Pressure: The Style and Palette (9:23) which looks at the relationship between director Gore Verbinski and DP Phedon Papmichael and their efforts in creating the distinctive visual style of the film. Following this is the discs most worthwhile addition Relative Humidity: The Characters (19:44). This is an insightful and informative look at the rich and detailed characters of the movie and contains decent interviews with Gore Verbinski, Nicolas Cage and Michael Caine amongst others. The final featurette comes in the shape of Trade Winds: The Collaboration (15:40), which analyses the editing and stylistic choices made in the construction of the movie. Rounding off the additional features is the theatrical trailer. Overall this is a reasonably generous selection, if not an outstanding one. It would have been nice to perhaps have an audio commentary to offer some more personal insight into the film, and the repetitive style of the assorted featurettes does make it hard going at times. There is a good deal of information from a broad range of subjects within the supplements however, and ample evidence that some effort has been made in constructing the additional features. A world away from an archetypal Hollywood treatment of this subject matter, the unconventional approach of this slow burner may be a shock to some. Original and distinctive, this superb slice of offbeat comedic melancholy is a near classic. Highly recommended.