Are you ready to make the tough choices? 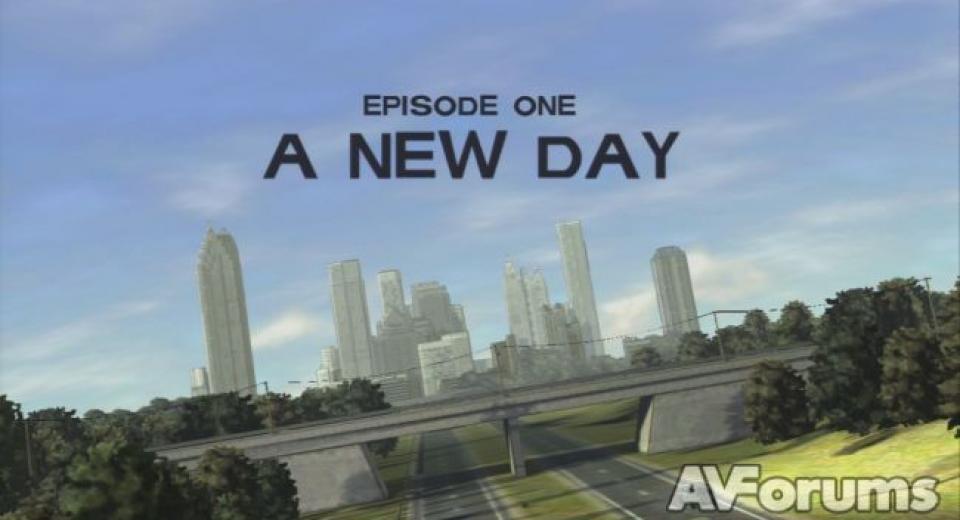 Zombies are everywhere. Not just in The Walking Dead creator Robert Kirkman's version of Atlanta, but in terms of media saturation they are everywhere. Movies, films, books, comics and games all seem to be obsessed with the living dead. The Walking Dead franchise has long been lauded since its first issue of the graphic novel in 2003. Delivering its brutal gore and uncompromising examination of the human condition under the worst possible circumstances. The 2010 TV adaptation entrenched it in the zeitgeist and now Telltale games have been engaged to conquer the next medium for this unrelenting franchise. The cynics amongst us would be forgiven for expecting to add another first person shooter to the pile; however Telltale's involvement points to an altogether more appropriate direction. Most zombie games ala Resident Evil or Left 4 Dead require a quick trigger finger and even quicker reflexes; not so here. Telltale's heritage can be traced back to LucasArts where many of its staff worked on point and click classics such as Day of the Tentacle and Secret of Monkey Island; titles which were praised for their dialogue and puzzle solving.

Fans of The Walking Dead will acknowledge these traits are much more useful when attempting to recreate Kirkman's dark vision. Zombies may well be the catalyst for everything that happens in the The Walking Dead but the emphasis is squarely on the characters and how they interact with each other. You control a new character in the universe named Lee Everett whose day goes from bad to worse as he is forced to navigate the unfolding apocalypse. This is the first time in the universe that we have been given a glimpse (albeit a very brief one) at the world prior to the apocalypse and the game takes advantage of this by detailing the slow deterioration of both the environment and those within it.

Visually the game continues to inherit from its graphic novel source material with hard outlines and exaggerated features helping to convey a range of facial emotions. Those emotions are often backed up by the score with strings creating tension or rumbling tones helping to underscore the sombre mood. Gameplay is largely a point and click affair from the third person perspective, with a shift to a more intimate over the shoulder perspective for when urgent zombie skull remodelling is necessary. The left stick moves Lee while the right stick is used to select people and items in the environment. You'll spend a lot of time combing locations for weapons, supplies and information. By default the game is set to highlight items you can interact with (this can be disabled) allowing you to select an item across the room and Lee will automatically move to it, this is the best way to approach movement in the game as you have no direct control over the camera and the third person movement can be hard to control accurately with Lee seemingly getting caught on every item in his path.

This rigid presentation seems restrictive at first but it allows for some brilliant direction setting up some excellent gameplay moments.  You never have direct control; the action is handled with quick time events triggered when selecting the relevant action points with the right stick. This leads to a much more measured pace of action; you're rarely presented with more than one target yet the presentation is such that a single zombie can be just as frightening when you are caught up in the frantic moments of survival. When your'e not making the undead, well, dead again, you have ample opportunity to speak to the other characters and get their perspective on the events, many conversations will simply fill out the back story but some conversation choices will inform the direction the plot takes, those familiar with Mass Effect conversation choices will be at home with the mechanic. Characters may take notice of some of your dialogue choices which will inform their behaviour towards you whilst other more serious choices will see you forging alliances and making some very hard life and death decisions which are made even more pressing by the decreasing response timer denying you the opportunity to mull over each option in detail. This is where The Walking Dead excels. Telltale have managed to encapsulate the tone of the graphic novel very well, i would frequently get just as flustered by a conversation choice as i would by the threat of becoming someone's (or  something's) next meal. The dialogue and character interactions deal with the same adult themes handled in the graphic novel and TV Show and although you might not be in direct control you are made to feel as much a part of the story as the writers. How would you deal with a freshly bitten survivor? Who would you trust?Who will you save? These issues are all presented to the player with various degrees of urgency keeping the player engrossed up until the trailer for the next episode.

The episodic nature of the product means all of the content can be easily completed in a single sitting, while there is some replay ability in choosing different options and seeing where the branching paths lead most will be content with a single play through. At 400 points The Walking Dead is an impulse buy you wont regret and the experience is easily worth the price tag on the virtual box.

Telltale Games has found a perfect match in The Walking Dead franchise, whilst most TV/Film adaptations struggle to accurately represent the source material, The Walking Dead's dialogue heavy narrative punctuated with brief moments of panic capture the ethos of the universe accurately. Fans of the franchise will find the alternative perspective on the apocalypse interesting as new and old characters try to survive. Newcomers may not be familiar with the fiction however relating to the human plight is universal and the characterization coupled with the choices and their consequences make this an excellent way to get into one of the best videogame adaptations of an existing franchise to date.