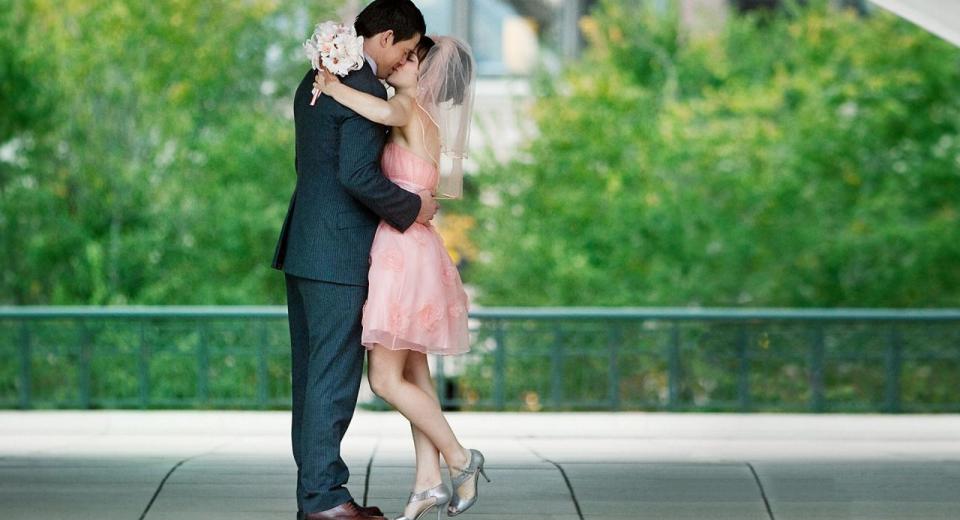 The Vow comes to Region Free UK Blu-ray complete with an impressive 1080p video presentation in the movie’s original theatrical aspect ratio of 2.4:1 widescreen, the kind we have only come to expect from Sony, particularly when it comes to releases of new films. Clarity is excellent throughout, both in terms of fine object detail and scene-setting longer shots. Facial observation is keen, allowing for nice texturing and realistic skin depiction, and clothing weaves, hair depth and set details are well represented throughout. There’s no sign of any overt DNR application, nor any banding, crush, edge enhancement or print damage. The colour scheme is broad and vibrant, full of a whole array of rich tones, all stunningly rendered here, right up to and including strong, deep black levels. Overall it’s just shy of picture perfect, a lack of 3D pop possibly preventing it achieving a top score, but leaving it unquestionably demo quality nonetheless. Excellent. On the aural from the accompanying DTS-HD Master Audio 5.1 track is just as impressive, offering up a potent, engaging mix that keenly balances the ever-important dialogue, which drives this drama, and the accompanying score, which is well-chosen and, whilst not particularly memorable, also thankfully far from invasive. Dialogue comes across clearly and coherently, largely dominating the fronts and centre channels for the most part of the proceedings. Effects are far from bombastic – but this isn’t that kind of movie – with only a couple of crashes and thumps to liven things up, the rest contingent upon fine observation of more ambient noises, perpetually giving the surrounds something to do, and creating a welcome atmosphere that pervades the production. There are a couple of moments where this is particularly noticeable – including the myriad parties and events – and overall this is a similarly demo quality offering that does a great job with the material. Although we’ve come to expect it from new releases (particularly ones that pull in quite so much at the Box Office), it’s nice to see that Sony don’t disappoint on the extras front either, covering all the bases with a whole selection of worthy accompaniments that will likely engage any fan of the main feature.

Audio Commentary with Director Michael Sucsy allows us some nice insight into the real story behind the film; the changes made to adapt the tale, and the rationalisation behind them. We get to hear some nice technical details about the shoot; the locations chosen and the difficulties encountered (particularly shooting in the snow), as well as having the usual cast round-up, which includes an introduction to pretty-much all the players, key or otherwise. A nice listen, fans will probably want to check this out, even though it isn’t quite as revealing as you would like it to be.

‘Til Death Do They Part runs at just over 8 minutes and has the cast and crew providing interview snippets about the production. With its focus mostly being the true story that inspired the film, we cover some of the same territory as the Commentary, although there is a broader look into the shoot and the cast chosen for the roles.

Profiles of Love: Paige and Leo is a little longer, almost hitting 10 minutes and focussing specifically on the two lead characters, and the actors chosen to play them, once again featuring cast and crew interviews – as well as plenty of final film clips – to highlight why they were chosen, what brought them to the roles and their personal take on the core premise to the movie.

Trying to Remember is also 10 minutes long and looks specifically at the amnesia side of things, looking at how trauma can affect memory, and the problems that it can cause in long-term relationship. Offering up both some brief medical background, as well as relating the concepts to the movie’s story, this is one of the more interesting featurettes.

Here we get almost 6 minutes of Deleted Scenes, amounting to four scenes, some of which may have added a little bit to the main characters, particularly Tatum’s, although perhaps at the expense of an already fairly substantial (for a romcom) runtime. There’s a nice flashback moment, a scene which explains where Leo’s new ‘friend’ came from, and a couple of sequences where Leo goes seeking advice. Those who enjoyed the movie, and liked the characters, will want to check these out.

The disc is rounded off by the usual “making mistakes and cracking up on set” montage of bloopers, which at least shows the cast having fun during the production.

There are also a few Trailers to round off the disc. Blending 50 First Dates with The Notebook to reasonably good effect, The Vow rises above the masses in the ever-burgeoning romantic dramedy genre and, whilst it is not as good as either of those superb films, it is considerably better than I expected after reading numerous negative reviews. Sure, it does not make the most of its promising premise, but after the opening tragedy it manages to keep up the heartache and drama from a good two thirds of the runtime before getting derailed by Hollywood contrivance; and it does so without overtly playing on your heartstrings, but instead by largely sticking to the reality of it all – what would you do if your beloved wife completely forgot you, and consequently forgot that she ever had feelings for you? Even the ending isn’t too bad, but it is enough to remind you that Hollywood doesn’t like straying too far from its tried-and-tested romantic-comedy-drama formula. A shame, because, but for that, this could have been a great entry in the genre. Thankfully, though, it’s still a good one, and worth reconsidering if you initially dismissed it as just another saccharine-sweet ball of pure cliché.

On Region Free UK Blu-ray we get excellent video and impressive audio, as well as a welcome selection of extras that actually offer up some substance beneath all the usual fluff. Fans of the film should definitely consider this a must-have purchase; newcomers shouldn’t be so quick to dismiss it, even if it does come in a painfully pink Blu-ray case.