One 3-word title short of a post-2000 Seagal flick 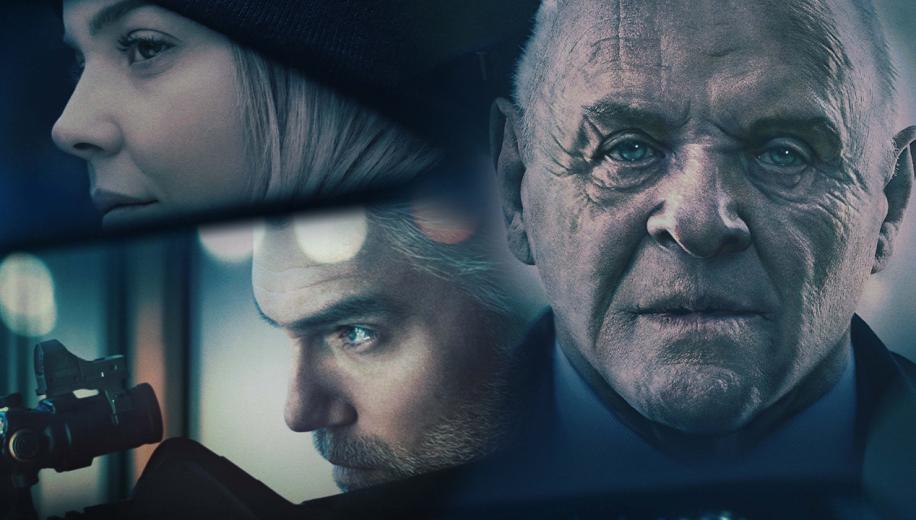 Obviously completely coincidentally released just days after the utterly unplanned and unscheduled Oscars ceremony, this straight to video mess wastes Anthony Hopkins AND Star Trek: Strange New Worlds' Anson Mount, in what would have been better as a Seagal / Van Damme flick.

The real chef's kiss would have surely been releasing The Virtuoso and The Father on the same day, just to hammer home the extreme opposite ends of the spectrum in the kinds of productions veteran heavyweight actor Anthony Hopkins still gets involved in. Credit to the guy, he's easily the best thing about the production, still holding his head up high and pulling off the least likely and arguably most out of place monologue (out of place, because it's actually quite good) in the entire feature. Nonetheless, beyond his brief and largely wasted screentime, this is straight-to-video Seagal/Van Damme territory all the way, a shockingly bad effort whose 'twist' concept supposedly informs the entire narrative but mostly just undoes it.

A hell of an ensemble, which belies the truth about this trash

The self-proclaimed "The Virtuoso" is a master assassin who likes to narrate his own actions, often veering from the kind of monotone voiceover you'd expect if you accidentally hit the "Audio Description Track" for the visually impaired, to a kind of creepy "It puts the lotion in the bottle" observation which, needless to say, works wonders on endearing you to the character. Supposedly the narration is done by Anson Mount, but since he's affecting a nondescript monotone cadence it really could have been anybody (not Seagal, there's not enough Southern drawl), and the only reason you know it's Mount is because he talks like that in real dialogue.

Sorry, bit of a digression there. He's a master assassin who talks A LOT about his preparation for these kills, and his reasons behind certain actions. He's a "Virtuoso", some might say. Mostly those 'some' appear to be just him, and it's lucky he'd already appointed himself with the title before narrating this latest turn of events which just seems to be a litany of what-not-to-do-if-you're-an-assassin learning points. He narrates the precise timing required to shoot out a tyre on a car and make it crash, and is an amazing enough to pull off the shot, but really, what's the point when it doesn't veer the way he'd so perfectly planned and the whole thing goes out the window in one big fireball? Surely that just makes all this narration... ridiculous?

Anyways, The Virtuoso's latest mission - as given to him by a remarkably hands-on handler who likes to get personal and monologue about the atrocities he found himself committing in the war - is to go to a town and find his target. To do this, he's got to figure out what everybody's agenda is in this town, then confront them to see if they're the target. Needless to say, everybody is a suspect, but without a preternatural or psychological twist in the vein of Identity, none of it makes a jot of sense anyway. Oh, but there's a dog. So, points for that.

The Virtuoso comes to the UK as a digital purchase available from all major services, presented in widescreen HD, and it's hardly a looker, although it was never really expected to be. Shot through in cool blue/grey filters for the exteriors and browns for the interiors, it's got a typical low DTV budget style to it, hardly objectionable but nothing worth writing home about.

The Virtuoso has a tremendous cast of what-the-hell-are-they-doing-here actors in it. We've got Hopkins headlining, even if he's only got about 15 minutes of screentime, Anson Mount narrating his insane actions, and Abbie Cornish cooking burgers - she's in that Solace/Geostorm era of her career, and it's not a high point. But then we get Eddie Marsan being, well, Eddie Marsan. And Game of Thrones' Richard Brake. And bloody David Morse. What are you doing David Morse? You're not even being peddled on the cover as a name to pull punters in to taking a chance on this piece of trash. Tut. Tut. Tut.

Mount was great in Hell on Wheels, a standout in Discovery - to the point where most are looking forward to his spin-off Strange New Worlds far more than another season of Disco - and is clearly an engaging actor. So how the hell did he manage to make this such a boring lead performance? Literally, it's like the only thing he learned for the role is how to affect a monotone Audio Descriptive Track voice for the narration. It makes Harrison Ford's famously impassive voiceover in Blade Runner sound positively energised. And it's hard to know whether it makes it worse, or more unintentionally entertaining, when the narration merely serves to highlight just how incompetent this assassin is: "The dose is a perfectly measured balance of precise ingredients. It should mimic a heart attack leaving him desperate to talk. But now he's having a heart attack. And now he's dead. He must have had a heart condition already." Oh. Well. Then.

Hopkins is the unintentionally hilarious choice though to round out the cast, spending most of his time in pointless scenes where he wears ridiculous sunglasses and rearranges his mobile burner phones or checks his gun cabinet - for no other reason other than to pad out the runtime - but more than prepared to commit to a fabulous monologue about the horrors of war. It's so good you wonder whether he improv'd it himself, but it grinds the whole film to a halt and makes you wonder whether someone, somewhere had very different ideas for what this feature should turn out as.

The reality is that it's just another bit of Seagal/Van Damme DTV trash in sheep's clothing. At least those two has-beens would have likely surprised audiences with a story that was actually a cut above what they get up to at the moment (certainly for Seagal that's the case) but all these guys - Mount, Hopkins, Morse, Cornish, and Marsan - make for a hell of an ensemble, which belies the truth about this trash. Damn, and that ending. Wow, well, as stated, it's got a dog in it, so points for that. "The Virtuoso"? In the immortal words of Inspector Harold Francis Callahan, the only reply could possibly be: you're a legend in your own mind.

The Virtuoso is available to purchase as a digital release from all major platforms from 30th April 2021.
﻿