Sex, lies and the 1%? A recipe for weeknight TV gold. 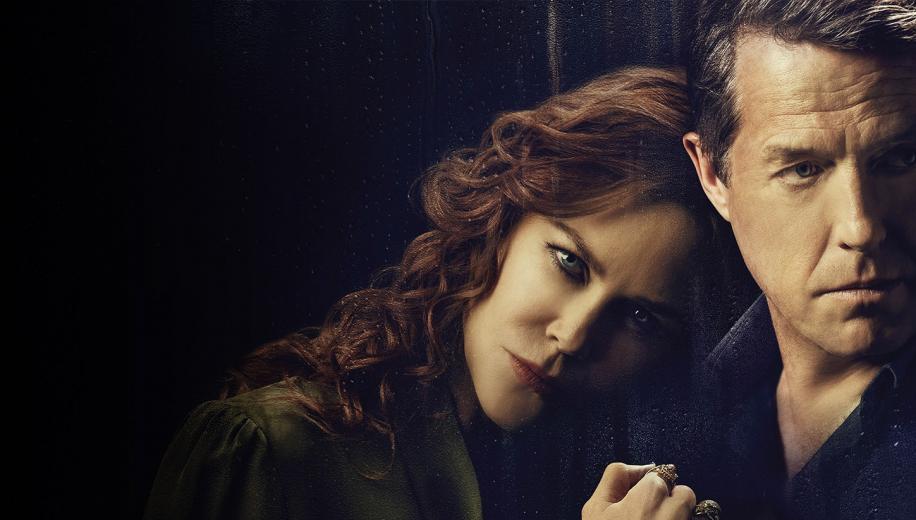 After the extreme success of Big Little Lies (well, the first season anyway), it was only a matter of time before some of BLL’s key players reunited to bring us another look at the sordid and murderous lives of society’s elite.

Enter The Undoing, starring Nicole Kidman, written by David E. Kelley and set amongst the glittering skyscrapers of New York (remember when people could bustle up and down the Big Apple’s streets? Sigh). It’s clear from the first few minutes that this show poses the hypothetical “what if rich people told lies and were sort of out of touch, and it all came crashing down?” Just in case you weren’t sure, the arty title sequence shows us a bubble literally being burst.

There’s a lot of potential in this first episode, and The Undoing looks like it’s all set to be a big autumn hit. Sex, murder, New York, Hugh Grant… what’s not to like?

We begin with a young boy visiting his mother in her art studio only to stumble onto something horrible. Then, as TV shows these days are wont to do, The Undoing cuts back to Two Days Earlier. This is where we meet Grace (Kidman), a therapist living on the Upper West Side with her witty doctor husband Jonathan (Hugh Grant) and son Henry (Noah Jupe), who’s trying to pester his dad into letting him get a dog.

Grace is part of the committee of mothers planning a fundraiser for Henry’s ritzy Reardon School, where she’s clearly held in high regard. This is a cohort of pleasantly aloof women who make sarcastic barbs while sipping champagne and we notice a couple of them in particular – Sally (Janel Moloney), and Sylvia (Lily Rabe). They’re all whispering about “her” and “she” when Grace arrives, and soon Elena (Matilda de Angelis) enters, and it’s clear this is who they were talking about. She’s young, and not WASPy, and just in case we didn’t notice she’s a bit out of place, she soon starts breastfeeding her fussing baby at the table. The committee are none too pleased, and stare on with polite venom. Later, amiable Grace defends Elena to Sylvia and Jonathan – she’s nice. Make note.

Thus we’ve entered the world of The Undoing – Grace is a saint, Elena doesn’t belong, and everyone else in this world is rich. Case in point – at the fundraiser, Sally actually auctions off a glass of water at a reasonable starting bid of $1,000. Rich city folk – they’re just like us! A lot of things happen at the fundraiser that are clearly going to be important later on, including an appearance from Grace’s father (Donald Sutherland), Jonathan being paged away to the hospital, and a host of interactions between Elena and Grace that make clear there’s something fishy going on.

This first episode is a bit of a slow burner, going out of its way to introduce us to Grace and Jonathan’s happy, healthy sex life and cushy lifestyle. There’s definitely an element of familiarity – we’ve seen these sorts of people doing these sorts of things before, ad nauseum (did I mention BLL?), though The Undoing is directed by Susanne Bier (The Night Manager), so it’s gorgeous to look at and includes lots of little interesting glances and asides that might mean everything or nothing. Either way, it’s prestige television that feels like it’s worth getting the popcorn out for, even if it moves a bit too slowly at times and feels a little too on the nose at others.

We get to see lots of Grant’s trademark charm (Paddington 2 fans, look away now) before the mask maybe starts to slip and Grace’s world falls apart. Elena is found murdered (by her son, remember that opening scene?), and before long the police come knocking. There’s a lot of potential in this first episode, and The Undoing looks like it’s all set to be a big autumn hit. Sex, murder, New York, Hugh Grant… what’s not to like?

By the end of this premiere episode we’re left with an abundance of sex, lies, murder, and money. Finally, maybe 2020 is looking up.

By the end of episode one we find ourselves in the same boat as Grace. Not knowing where Jonathan is, what he’s hiding, why he’s hiding it, or what happened to Elena. What we do know is that there’s a very exciting cast that’s going to take us along for this sleek, shiny, 1%ers ride. Kidman and Grant are obviously the top billing here, and will no doubt do what they’re best at; Kidman taking the reverse role from BLL (this time she’s giving the therapy!) and Grant being funny and cutting and charming and English.

Those police who turn up towards the end of the episode and start asking questions? Well there’s the friendly-seeming O’Rourke (Michael Devine) and the more abrupt and suspicious Mendoza, who’s played by Emmy winner Edgar Ramírez, so they’re clearly going to be paying Grace a couple more visits in future episodes. Presumably we’re going to see more of de Angelis as Elena (this show screams “I love flashbacks”) and delve more into her life and how she ended up brushing shoulders with these elites. Rabe is also great as Sylvia, who’s at once catty and mean but relatable and funny. She also has the killer line “It’s always the f------ husband!”, which is just too perfect.

So, by the end of this premiere episode we’re left with an abundance of sex, lies, murder, and money. Finally, maybe 2020 is looking up…