"This is a mature film for grown-ups!" 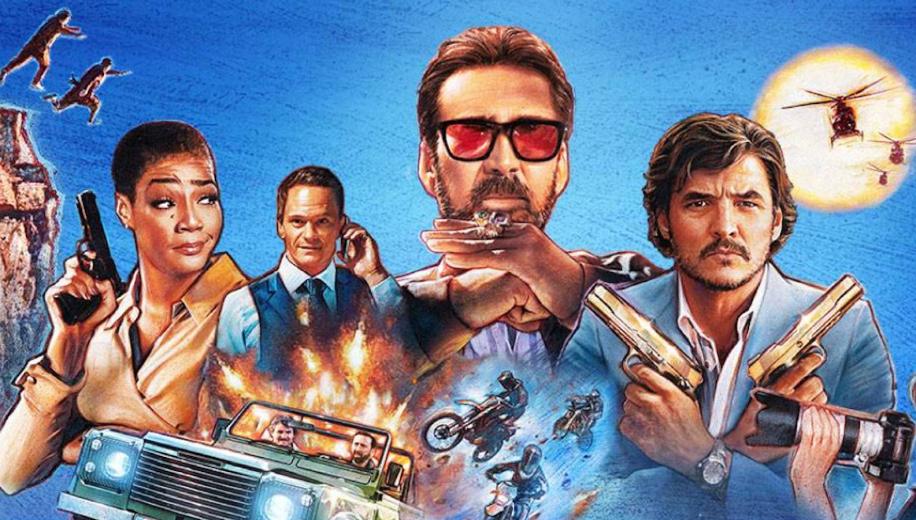 A couple of weeks ago, Nicolas Cage took part in an AMA (Ask Me Anything) for Reddit in order to promote his upcoming - now newly released – movie, The Unbearable Weight of Massive Talent. During the AMA, a fan asked him which role he found the most challenging to play. His illuminating answer was, “Nick Cage in Massive Talent […] because I had the added component to trying to protect a person called Nick Cage and also facilitated the director’s absurdist vision of so-called Nick Cage and it was a highwire act everyday.” Appropriately, this perfectly self-aware response encapsulates the movie he’s describing, both in its successes and its shortcomings.

(He went on to say that Pig and Bringing Out the Dead are his “two best movies as a whole.” So we’re dealing with a man here who is not just reflective of his work but objectively right.)

Actor Nick Cage, in deep debt and struggling with personal and professional life when a promising new project falls through, agrees to earn a little extra cash on the side by attending the private birthday party of one mega-rich super-fan, Javi Gutierrez. Despite instantly hitting it off, this film buff’s wet dream becomes infinitely more complicated when the CIA approach Cage to spy on this new best friend, an internationally wanted crime lord.

... the little absurd touches Gormican and Etten include are likely keep the movie firmly on your good side.

First and foremost, Massive Talent is very clear about what it wants to do. Firstly, it wants to cash in, creatively, on the meme-able power of Nicolas Cage. The film is an avalanche of references to Cage’s most famous movies, while mostly steering clear of harking back to either any of his more nuanced performances or any of his real embarrassments. The cherry picking of Cage’s greatest hits is obviously necessary - who wants an easter egg about Bangkok Dangerous? – but it does have the cumulative effect of pushing the film further away from its other goal: to use the collective cultural understanding of Nicolas Cage the movie star to build ‘Nick Cage’, a caricature of an actor being asked to work as a CIA plant. In its rush to cultivate the latter, it starts to drift away from the credibility of the former. With Cage talking sensibly about protecting his real personality so that he can play an absurd version of himself, director Tom Gormican (who co-wrote the script with Kevin Etten) is seemingly trying to make that as easy as possible for him by leaning hard into only the goofiest elements of his career. But the more that happens, the less like a believable Nick Cage the character on screen becomes and the more the level of fun waivers.

That’s really the film’s main issue and, to its credit, it readily admits it even playing around with the blatant ludicrousness of events. It rambles enjoyably from celebrity send-up to heartfelt romantic comedy to gnarly crime action flick. Almost from the moment Cage shows up at Javi’s luxurious compound, the two hit it off. Even after the CIA reveal Javi’s real occupation, we’re treated to a series of sweet, sincere bonding moments between the two of them, mostly hinging on getting high and talking about movies. In one of their less lucid moments, the two begin to brainstorm a movie and the script has a cute time criticising itself. “I hate movies where two people just stand around talking.” Javi expounds in the middle of scene consisting solely of the two characters standing around talking about what makes a good film. It’s a good joke, and one which the film goes back to a few times with increasing ridiculousness.

The film is funny. Your mileage will always vary when it comes to comedy, and there are plenty of moments which feel forced or fall flat, usually when it’s getting carried away with simply referencing things instead of actually including a joke, but the recovery from these moments and the frequency with which it hits jokes out the park are genuinely admirable. It wouldn’t be surprising to find your attention wandering more than once, but something about the little absurd touches Gormican and Etten include are likely keep the movie firmly on your good side.

Where the comedy is concerned, Cage should obviously be up to the task but, probably due to the nature off the role, he frequently tips over into cartoonishness with his narcissistic buffoonery. A lot of the real sparkle comes from co-star Pedro Pascal as Javi. Despite getting off to a shaky start, the more time he spends bouncing off Cage, the funnier he becomes. When the best friends/bromance/romance(?) stuff hits, he is an absolute joy.

... there’s still fun to be had, but it feels second hand and none of the movie’s acknowledgement of that makes that any less pronounced.

The film almost has something to say about both the commodification of movie stars and the way in which it’s all too easy for independent movie makers to have their passion project Hollywoodised for improved saleability. Unfortunately, it stops far short of passing any kind of comment on those processes other than, “sometimes that’s funny.” The thing is, hanging a hat on your screenplay’s dumbest tendencies doesn’t make those tendencies any less dumb and as the third act rolls around, things become increasingly cliched or overwrought. With events beginning to mimic a typical Nicolas Cage action movie, there’s still fun to be had, but it feels second hand and none of the movie’s acknowledgement of that makes that any less pronounced.

Arguably, the movie is a variation on the ground broken by JCVD, the movie where Jean Claude Van Damme, playing a fictionalised version of himself, winds up entangled in a crime caper. A movie by fans of Van Damme for fans of Van Damme. But funnily enough, the overall feel here is of a movie made by die-hard Cage fans for casual Cage fans. The die-hard stuff is its absolute strength and its funniest material. Interactions with an imaginary, hyper-airbrushed twin must be a subtle nod to the underseen Charlie Kaufman movie, Adaptation, and one moment in particular is a gorgeous, glorious highlight of the movie. But ultimately, it’s more interested in firing off as many references to Cage’s golden era of action as it can - The Rock, Con Air, Face/Off. Does that make it more accessible? Sure. Does a film about an actor famous for portraying on-screen mania in obscure weird movies need to be accessible? I’m not so sure.