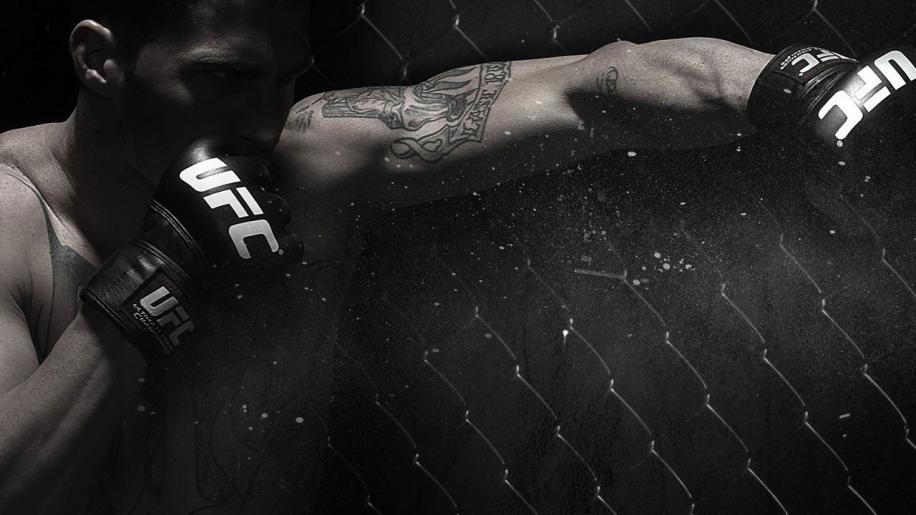 Only a fullscreen transfer, but I didn't expect anything else. The picture is vivid, with blue and green shirts leaping out from the screen. Excursions out into the desert are equally good; sharp contrasts between the men and parched ground are handled with aplomb. Detail, too, is very impressive. You could really see the strands of strangely blond hair on Josh Koscheck's head on the face to face interviews. I could not see any although a reasonably cheap DVD player (~£100) did have problems with the plain blue swathes of colour that made up the octagon. Nothing special, but then it needn't be. The sound is there purely for transfer of information, not to add atmosphere or to act as an adjunct to the onscreen action. What sound there is clear, free from hiss and is produced very well indeed. Even the outdoor portions are free from distortion, though a musical introduction in the finals produced some headaches for the sound man, I guess. Still, that can't be held against the series: the sound is perfectly adequate for the job at hand. The last episode of the series is the finals of the ultimate fighter series, both middle and light heavyweight, along with a “real” UFC lineup. Now, normally a there is a build up to the Ultimate Fighter series which goes through the training regime and what thoughts are going through the combatant's heads. However, there clearly wasn't enough time to do this with the final episode as each match could last for 15 mins each, making up the hour (including breaks) an episode is made from. So it is that the preliminary build-ups are moved to the fighter profiles section on the extras disc.

How many times have you watched a sporting event and thought “I bet him and him would be a good match?” well, there are a selection of runner up bouts on disc as extras that should satisfy this need.

Training tips follow a brief time with the fighters and their coaches looking to detail the rigorous training they all had to go through. This is the same for the Conditioning extra, too. There is probably a great deal on offer to those that are into Mixed Martial Arts in these extras, however, I am hardly qualified to offer intelligent insight if there is. A reality TV series with punch. Sorry, couldn't resist. Still the fact remains that this is a very good piece of sporting TV that I feel may be missed by most. If anything, this set should be watched for the light heavyweight final alone.