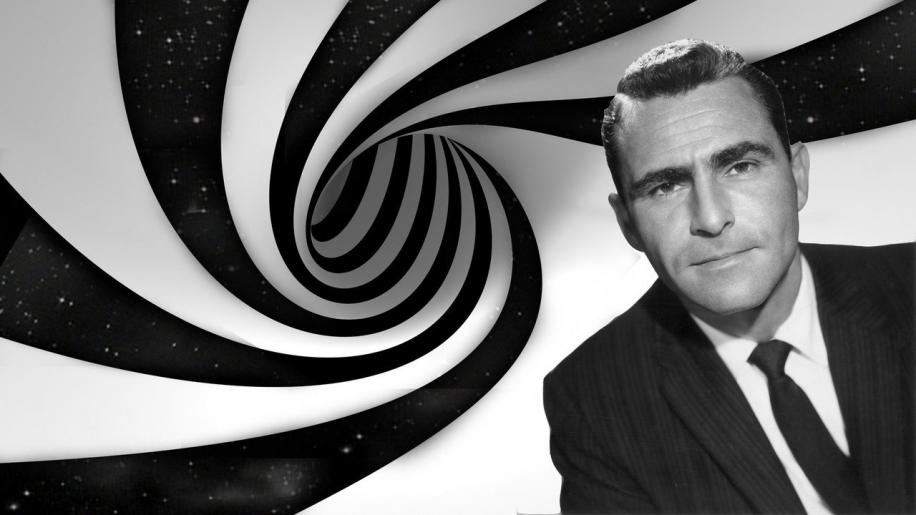 Twilight Zone is presented in its original televised format - a black and white 1.33:1 aspect ratio non-anamorphically enhanced fullscreen transfer. Although over forty years old, it still looks quite good, mainly because the black and white format has retained much of the detail and clarity of the original material. With little noticeable grain, obviously no signs of digital artifacting and negligible softness, this truly does look fantastic for its age. The greyscale tones are also superb, making the characters come alive and giving the show a noir feel that adds to the mysterious content. Blacks are solid and the image generally exhibits few print defects, again unusual for its age. Twilight Zone has probably never looked this good. As with the video presentation, the audio is also limited by the fact that the material was originally given just basic mono tracks. Although there is nothing here that really warrants a new mix being created, it is a shame nonetheless that everything is audibly restricted to just the one channel. The dialogue is generally clear, with a few effects here and there but a lot of room given to the various musical pieces, not least the haunting opening score. As I've stated, at least a remixed stereo version would have been nice but avid fans might argue that it should be seen and heard in its original format, so they will be happy that that is what has been provided here. There are no end of extras to round off this collection, including Audio Commentaries on 7 selected episodes. Bill Mumy puts his voice to In Praise of Pip, Mickey Rooney offers an insight into The Last Night of a Jockey, June Foray talks about working with Telly Savalas for Living Doll, Mariette Hartley discusses The Long Morrow, Marc Scott Zicree's Twilight Zone know-it-all talks interestingly about not only the episode Number 12 Looks Just Like You, but also about the whole show in general, Alan Sues discusses The Masks and the ever-dependable Martin Landau chats over The Jeopardy Room. Since many of the contributors are reflecting on their work many decades after the fact, the information is often anecdotal and nostalgic, making them quite interesting offerings.

We get Video Interviews with several key cast and crew members, each tagged onto the relevant episode that they participated in. Billy Mumy talks about In Praise of Pip, Richard Matheson and Marc Scott Zicree discuss Night Call, Spur of the Moment, Steel and Nightmare at 20,000 Feet, June Foray talks about Living Doll, Michael Forest and Earl Hamner, Jr. talk about Black Leather Jackets, Hamner himself goes solo for Ring-a-ding Girl and The Bewitchin' Pool, but teams up with Nancy Malone for Stopover in a Quiet Town and with Marc Scott Zicree for You Drive. Finally Terry Becker discusses I am the Night - Colour Me Black. The interviews all tend to last between five and ten minutes in length and have been done fairly recently, with the relevant contributors regaling their participation in the respective episodes and their opinion of their co-stars, the show's creator Rod Serling and the show itself.

There are Isolated Scores for 9 episodes - Ninety Years without Slumbering and Living Doll by Bernard Herrmann, An Occurrence at Owl Creek Bridge by Henri Lanoe, Come Wander with Me by Jeff Alexander, The Bewitchin' Pool, In Praise of Pip and Spur of the Moment by Rene Garriguenc, A Kind of Stopwatch and Steel by Van Cleave. Bernard Herrman, who did the score for many more episodes than are highlighted here, clearly stands out as the man behind the most distinctive soundtracks, but Van Cleave's offerings are also quite suitable for the haunting work.

We get Radio Drama versions of 6 episodes - Richard Kind does one for Sounds and Silences, Richard Grieco does The 7th is Made Up of Phantoms, Kathy Garver does The Long Morrow, Lou Diamond Phillips does A King of Stopwatch, Tim Kazurinsky does Living Doll and Chris MacDonald does Mr. Garrity and the Graves. Played nominally to just one random still taken from the relevant episode, these audio versions tend to be slightly longer than their video counterparts (normally nearly forty-five minutes in length) but they are still nevertheless gripping. You truly get a feel for Rod Sterling's compellingly woven tales and the original messages he was trying to get across, despite the lack of images to paint the picture for you.

Conversations with Rod Serling is split into two parts and has Serling sitting back on his sofa and discussing his work, talking about the underlying obligations he has as a writer, how he wants to make audiences feel nostalgia, irrespective of age and what he wanted to get across through his myriad tales. He is certainly an artist who can captivate an audience and taking a moment out to listen to his (often) wise words is well worth your time.

We get twelve minutes of audio excerpts from the Rod Serling Lecture at Sherwood Oaks Experimental College, played to stills of him and his work. He discusses Twilight Zone, trying to sell it to the studios, the merits of other shows of the time and how (just like these days) many of the best shows were cancelled for all the wrong reasons. Once again it is nice to hear from the guy, even if it is just an aural presentation.

There are eleven minutes of Highlights from the Museum of Television and Radio Seminar, where cast and crew members William Self, Lamont Johnson, Bert Granet, Buck Houghton, George Clayton Johnson, Earl Hamner, Cliff Robertson, Marc Scott Zicree, Del Reisman, Richard Matheson, Carol Serling, Bill Mumy and Martin Landau - all quite elderly now - are recorded in live interview, chatting about working with Rod Serling, working on the Twilight Zone itself and their memories from the production. Quite anecdotal in content, it will be of interest to Twilight Zone fans to hear from so many key contributors and find out what they have to say, even if they don't all get to say much because of the relatively short runtime. (Oddly, at the end of the highlights, 24's Kiefer Sutherland pops up to promote the Museum itself)

The Season 5 Photo Gallery is a four minute slideshow with slides changing about every three seconds (so there are quite a few). We get plenty of shots from key episodes in the seasons, along with some promotional stills. The Season 5 Billboards section is actually devoted to all of the advertising fluff that surrounded the series - featuring sponsorship by Pall Mall cigarettes and Lilt hair products.

The George Clayton Johnson Home Movies run for a little over two minutes and are in colour, but generally of poor quality. Johnson talks over the footage, but more often than not drifts onto the subject of Rod and the production itself because the shots are merely of people smoking, drinking and generally relaxing.

The Alfred Hitchcock Promo has the big man himself advertising both the Twilight Zone and his own series, with him even making a couple of sarcastic wisecracks along the way. Worth a couple of minutes of your time to see Hitchcock is action once more.

The Submitted for your Approval Documentary gets a whole disc to itself and is basically a Biographical Documentary on Rod Serling himself. Lasting nearly an hour and a half, it is devoted to the history of this writer, producer and narrator and spends much of its time looking at his childhood, the difficulties he had being a successful writer, how he got into the TV industry, his massive work on the Twilight Zone and generally what made him tick. Featuring clips from many of the episodes he created (including plenty of those from previous seasons) and audio excerpts from the master himself, this is a documentary well worth watching if you are a fan of the man and his work. Twilight Zone is a true classic, a TV series that has lasted the generations with its cunningly observed mystery stories that focus on the indomitable human spirit. Each fable has a lesson to be learnt and an Orwellian edge that makes the drama timeless. The episodes have probably been presented here in the best way that they have or ever will be seen and there is a magnificent wealth of bonus material for fans of the franchise. The fifth and final season of the great Twilight Zone comes highly recommended.