The Trip To Bountiful DVD Review 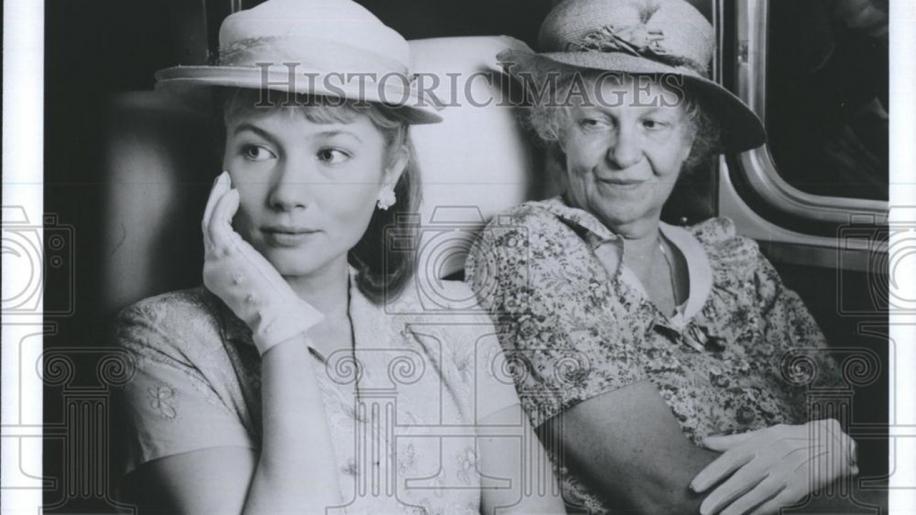 Keeping in mind that this movie is 20 years old, I was not impressed with the transfer, almost believing I was viewing a video rather than a DVD. The print, while reasonable, wasn't the most pristine with slight scratches and marks clearly present although I have seen far worse. Artefacts are at a minimum but not completely absent and edge enhancement is clearly present as is colour bleed, particularly on some of the more vivid reds. The picture itself has a soft quality to it, never being particularly sharp which is probably why it felt as though I was watching a video. Skin tones are natural, while other colours seem slightly tame, but I feel that was more to do with the style in keeping with the 1940's. Overall I've seen worse, but I wasn't impressed with the transfer. The first thing that immediately struck me about this soundtrack was the quietness of it, having to increase the volume by 15-20db from my normal listening volume. Once increased, the soundtrack was reasonably clear with dialogue being crisp, which is of particular merit as this is a dialogue heavy movie. Sound effects are kept to a minimum, but when present are handled reasonably, with reasonable separation and panning. The soundtrack is not, however, one you would use to demo your system. Functional would be the best description for it. The only extra present is a 25 minute documentary called “Returning to Bountiful” which contains interviews with the writer, director and cast. It's interesting to hear the actors and writer elaborate on their thoughts for the story, including it's history but other that that it's arguably more interesting than the feature. As stated, I really didn't know what to expect with this movie and I persevered with it until the end, hoping that something would occur to make this an actual drama but it never came. Maybe I expected something more riveting, but I feel that it was hinting at several possible scenarios which never came. If you don't like movies with violence, horror, special effects and so on, then this may hold some appeal but don't expect any real depth.