The Trail of the Lonesome Pine DVD Review 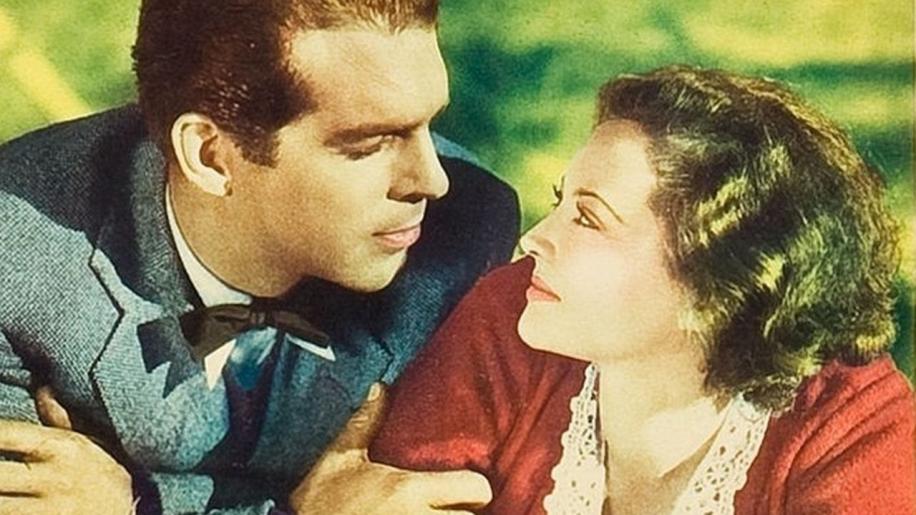 At first, this 1.37:1 image looked absolutely horrible. The early three-strip Technicolor - understandably, I might add - produced a very blurred and ghosted effect during the opening titles that was actually uncomfortable to look at. That bad 3D impression that I've mentioned before for when the three strips have become misaligned - the BD of Quo Vadis exhibited this as well - is just one of those unavoidable things that can happen with such vintage titles, I suppose. I don't, for one second, presume that the remastering engineers have chosen to ignore it and remain convinced that they have probably done the best that they can with the existing elements.

But, blissfully, this hallucinogenic state of affairs does not persist, and Lonesome Pine actually settles into a vibrant, sharp and vivid image almost immediately afterwards. In fact, that 3D reference is wholly pertinent as Lonesome Pine is actually an incredibly three-dimensional movie. To be honest, there are many occasions when it looks as though Hathaway had actually been filming the thing for just such an effect. Tracking shots through the woods, gun-barrels poking into our faces, trees being felled right towards us and a fantastic use of deep-focus camera-work that literally pronounces characters and objects with a startlingly overt sense of depth and visual spatiality. There are some great scenes when characters are simply seen strolling through the trees, a couple of branches even pop down in front of us, and two sequences when Fonda does his macho stride towards inevitable confrontations that sing out with depth and integrity. The colours are, of course, thick and rich. Greens are vivid and the red and orange hues of fires deliciously cartoonic and bold. Pale blues don't exactly shine, although it is nice to see that the dog's eyes are allowed to glimmer. Skies are surreal paths and swathes of pink, russet and azure, and the gleam of sunlight across the lake is also nicely captured. The palette definitely has that painted-on appeal that early Technicolor revelled in.

The image also holds a lot of detail. It is easy to assume to that a movie from 1936 will not be as revealing as much more modern fare and it is true that age, film stock limitations and restoration work may well have taken their toll, but Lonesome Pine does, in fact, offer a very pleasing level of close-up information - faces, wood-grain in the cabins, foliage and terrain etc all come through well. There are certainly occasions when the image can lapse into a more blurred or softer appearance, but this is down to the source print and nothing to do with the transfer. Black levels are often more than adequate and shadow-play can be reasonably effective.

Damage-wise, the film has plenty, despite its very robust and hearty visual appeal. There are only a couple of frame-jumps that I spotted, but scene changes can often be accompanied by slight contrast and colour shimmies. There is a ghostly line that vertically bisects the picture that I'm not sure is just something to do with the initial filming technique, or simply some form of print aberration. Either way, I had no trouble forgetting that it was there. Flecks and speckles, rips and splotches are definitely in evidence too, but I personally believe these are some of the most unusual and attractive spots of wear and tear that you will have seen. Lightning flashes of almost laser-sharp red zigzag across the image from time to time, and there is a very curious looking black disc that pops up quite often in the top right corner of the screen that is haloed by some very arresting green spikes. Digitally, the film has received some noise reduction - there is very little grain on show - and edges have been quite glaringly enhanced during some shots, though there are still many sequences that are untouched. Now, seriously, these rogue elements do not ruin or hamper enjoyment of what is actually a very colourful, vigorous and clean image that possesses many great elements that more than compensate for the ravages of time. The film's original mono track is reproduced here with nothing fancy thrown into the mix. The score from Freidhofer and Carbonara is loud and rambunctious. Gunshots are lent equally prominent voices as are the occasional dynamite explosions from the work-crew. But the thing that certainly gives away the movie's vintage is the transfer of the voices. Whilst they are always clear and intelligible, they are prone to the limitations of age. When they quiet, they can often warble, and when they are raised, they can come across as shrill and clipped. Buddy, the young Tolliver boy, only has a raised voice and this can really screech across the ceiling. My advice would be to remove all dogs and cats from the vicinity whenever he is on-screen. And then there is one particular scene when June unleashes a high-pitched torrent of emotional angst that genuinely strains against the confines of the mix.

Expectedly, the track also has some background hiss and there are times of snap and crackle, though there is nothing here that would distract from the film. One scene transition, though, does feature a loud pop or two that unfortunately affects the first couple of words during an opening line of dialogue, but this is the worst that it gets. Overall, this track gets the job done - no more and certainly no less. Audio-wise, Lonesome Pine earns itself a 6 out of 10 - it is almost certainly the best that it has sounded for a long time, but it can't quite turn the clock back all the way. Nothing, I'm afraid, had been added to this release of the film. An interesting movie that is nothing if not ambitious, The Trail Of The Lonesome Pine is of historical importance with its early adoption of Technicolor and the advances that both W. Howard Greene and Robert C. Bruce brought. I would really like to see this again on Blu-ray one day, what with that luscious Disney-style palette and all that terrific, primary-boosted three-dimensionality.

The film, itself, is witty, violent, moving and delightful in equal measure. Its old-fashioned style adds heaps of charm to what is actually quite vigorous storytelling, and the quaint, passionate view of the wilderness and those who reside there is sublime and enticing. Fonda's icy detachment works well for his character and MacMurray is typically excellent as the human catalyst for the duelling clans' inevitable change. Romance is never far away and even if it feels somewhat clumsily developed, it is only because the situation, itself, is so awkward. Hathaway explores the possibilities of what a motion picture can do, and it is high time that somebody took a fresh look at his glowing achievement.

Although it is a shame that the disc carries no extra features, this is another winner from Eureka, folks. Lovers of vintage movies should certainly seek this out.