"Your face, my thane, is as a book where men may read strange matters" 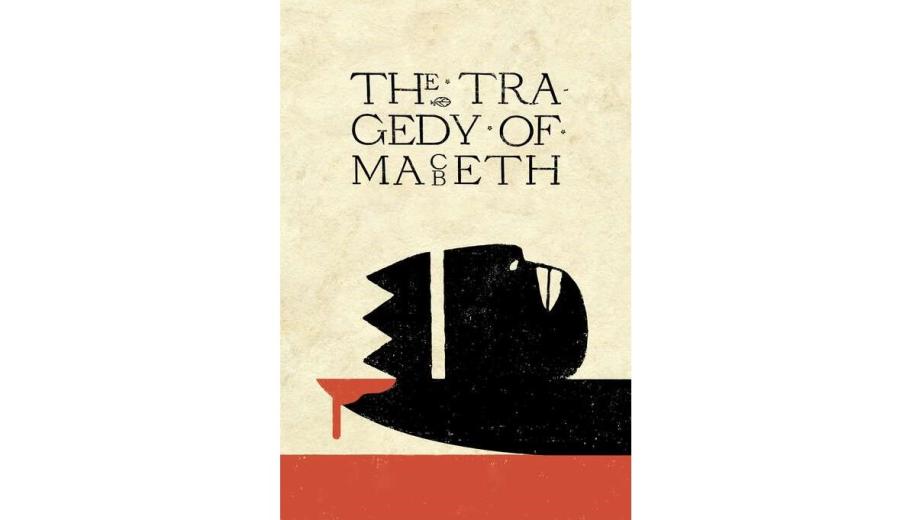 For a filmmaker, adapting Shakespeare must be both the greatest blessing and most dire curse. A blessing because what you are working with is a plot so widely known that interpretation of the words is so far past scrutiny as to be academic (pun very much intended), leaving you open to put your own unique directorial stamp on the material; a true showcase of your own personal vision for the story. But there too is the curse, because what can you do with a play now 400 years old that hasn’t been done a hundred times or more?

Of those who choose to move beyond the literal historical drama, many directors have chosen to update the material, transforming lead characters into gangsters, military commanders, basketball players even, bringing the subject matter into their respective presents. With The Tragedy of Macbeth director, Joel Coen moves in the opposite direction, mining cinema’s history for his inspiration as he brings us, not a contemporary take on a timeless story, but a piece inspired by the German expressionism of the 1920s.

Macbeth, presently the Thane of Glamis, has acquitted himself heroically in battle against Norway. News of his martial deeds reaches and suitably impresses Duncan, King of Scotland, who resolves to raise Macbeth’s station upon his return, handing him the title of the traitorous and disgraced Thane of Cawdor. But Macbeth already knows this. Not long after the battle, his encounter with three weird sisters revealed a prophecy to him: that not only will he rule Cawdor, but all of Scotland.

... demonstrates just how great a master of his craft Washington is.

In delivering an expressionistic adaptation, Joel Coen has given himself a whole box of toys to play with to match the sinister atmosphere of the play. Elements that have all been seen before in past adaptations but never to such chilling and disorienting effect. Vignetted in 4:3, early on, it becomes obvious that chiaroscuro, and brutalist angles are two of the strongest of these elements, mimicking the effects that Fritz Lang and F. W. Murnau pioneered a century ago. In addition to these historic techniques, long-time Coen collaborator, cinematographer Bruno Delbonnel uses tricks of the light, reflection and fog to create some truly eerie moments, particularly with the immensely talented Kathryn Hunter as the three witches.

Coen and Delbonnel’s copious use of fog doesn’t just serve to heighten the unreality of the events, it also serves another, more personal purpose. That of isolating the characters. Even when together outside, the mist envelopes everything and everyone so that even as Macbeth and Banquo, closest of friends, talk together, they speak though a translucent barrier between them. This is only one of the ways the film keeps its characters from connecting with each other. Separated by water, stone, shadow or height, almost never are the players allowed to truly share a moment of equality.

This isolation is played to skilful effect by Denzel Washington as Macbeth who handles the monologues more famous even than him from heart-wrenching conflict, to blazing madness. The subtlety which he brings to the part demonstrates just how great a master of his craft Washington is. Never has the line “Your face[…]is as a book where men may read strange matters” been truer on screen. He unravels early and unusually quickly making his interpretation of the character a seemingly fragile one, at least until his physical strength is demonstrated.

And demonstrated it is, partly through surprisingly grim and bone-crunching battle, but mainly through the power conveyed in Macbeth’s portentous footsteps. Each one a resounding thud like the beating of fate’s drum. All credit goes to the sound design here, as each knock, each step, each drop of water reverberates explosively through the film, creating a foreboding sense of oppression. And it’s not just the proliferation of percussive sounds that sets the tone. The wind howls through the landscape at a volume verging on uncomfortably high, a fantastic amplifier of the chaos within Macbeth’s mind.

The power of the film doesn’t wax and wane but rather increases in potency...

The rest of the cast acquit themselves well, though some miscasting troubles the picture. The often capable, equally often hammy Harry Melling struggles to convince as Malcolm. Alex Hassell strays maybe a little too far into theatricality as Ross. Most surprisingly of all as the weakest, and probably most traditional, piece of casting is Frances McDormand as Lady Macbeth. Never less than proficient in her role, she perhaps suffers as the least daring interpretation of a key character in the film. It also doesn’t help that the chemistry between her and Washington is strained at best. Each believable in their role, but never really as a single conspiratorial marital unit.

How to play Lady Macbeth is one of the major decisions in adapting Macbeth to stage or screen. And where all else here eschews the traditional, her performance is one seen before. It’s unfortunate because the other litmus test of adapting the play, how to play the comic relief Porter, is balanced almost perfectly. One of the few occasions where Coen moves around some lines in order to both wisely truncate the bawdy incongruousness of the porter’s speech and to have him actually addressing other characters, rather than the audience direct. Of course, it helps that the talented Stephen Root is responsible for portraying him to maximum pathetic effect.

Where Coen really goes off piste, however, is with the character development of Ross. Never more than a second fiddle in previous filmed versions, here he’s carefully reframed to be as much of a schemer as either of the Macbeths. A devious double agent who plays Malcolm and Macbeth against each other so that he might make his own niche of power, albeit not a kingly one. It’s an unusual move but one which is hammered into place, sometimes awkwardly but mostly acceptably.

Despite its minor misteps, Joel Coen has done the seemingly impossible and created a version of Macbeth as vital and as interesting as Polanski’s, though vastly different. The power of the film doesn’t wax and wane but rather increases in potency so that, despite an opening filled with visual oddity and existential dread, the final images of the film are among its strongest, each frame a visual artwork in its own right. The Tragedy of Macbeth reaches back over the decades of cinema and centuries of history to produce something vital and new.