The Third Day is primarily atmosphere over everything, and it’s got atmosphere in spades 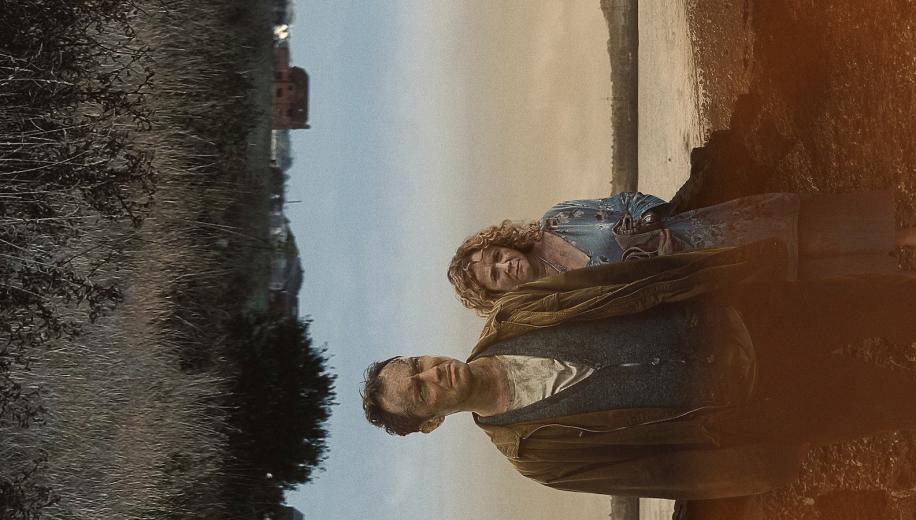 There’s really only so much you can say about Sky Atlantic’s The Third Day, which started this week, without giving too much away.

It’s relatively safe to say that the thriller from Dennis Kelly (Utopia – which is incidentally being rebooted on Amazon later this month) is set on the island of Osea and is predominantly concerned with Sam (Jude Law), who’s having a bit of a time. The series is made up of sections set in each season.

In Summer, Sam, who is having a long, drawn-out breakdown after going through a few particularly traumatic events, finds himself having to come to this mysteriously sinister island to try and heal. He figures he may as well stay the night (naïve), and soon bonds with another visitor to the island, Jess (Katherine Waterston).

“This seems familiar,” Sam ponders when he first arrives in Osea. Sure enough, it does; there’s more than a whiff of Midsommar and The Wicker Man about Osea and The Third Day. There’s the shifty, dark and generally odd locals who talk in riddles and refer obscurely to unseen threats. There’s the general feeling of palpable unease. There’s the looming onset of a festival, which at first glance seems to involve sacrifice and fish heads as hats. This isn’t your typical seaside break.

Dennis Kelly’s command of the horror genre is masterful, and the series is imbued with atmosphere and dread in a gloriously troubling way. He knows when less is more, and he knows when a flash of gore will hit the hardest. He knows when to let atmosphere guide the narrative, and when to insert plot devices (like when Sam decides to do acid with Jess) to move things along. There are a few moments that are a bit much, and it’s difficult to shake the familiarity of the setting and themes. Then again, there’s really only so many ways to show ‘mysterious island, unfriendly locals, foreboding festival’, so perhaps that’s understandable.

Even when things are a little clumsy, the oddity of the whole thing brings it back around. There are some lovely little details and seductive performances throughout, and even when you don’t have a clue what’s going on it’s still gripping. A case in point – Autumn will, pandemic permitting, be a live television event in October.

The opening segments of The Third Day do a surprisingly clean job of interweaving elements of horror, psychological thriller, drama and comedy. There are moments where you’re never quite sure what you’re watching. This is ambitious television that’s not ashamed to show it. Marc Munden’s direction across Summer is atmospheric and odd, playing up Sam’s disconnected mental state. Philippa Lowthorpe directs Winter in shimmering, icy, wintry tones. Even if what’s happening is horrific, the scene always looks beautiful.

Law is excellent as Sam, a man who thought he had already lost everything and now finds there’s much more still at stake. It’s the kind of unabashed, let-it-all-out performance that really shows off his serious acting chops, and his wide-eyed stares never seem too pantomime or overdone. He’s joined in the cast by the always-brilliant Paddy Considine and Emily Watson as the island’s hotel owners, and the sublime Naomie Harris as the mysterious island outsider Helen, who very determinedly arrives during Winter.

Kelly’s command of the horror genre is masterful, and the series is imbued with atmosphere and dread in a gloriously troubling way

As Summer draws to a close, so does Sam’s story. The payoff of his story is perhaps a little muted, partially because three full episodes of no holds barred foreshadowing is heavy stuff. Winter is a slightly different proposition, and approaches the mysteries of Osea slightly differently and will – presumably – be tied together with the forthcoming Autumn ‘event’.

It’s an almost impossible show to quantify – not least because not all the episodes have been shown to us yet. The story’s not complete, but it’s possible that having the ‘whole story’ won’t actually satisfy anything; The Third Day is primarily atmosphere over everything, and it’s got atmosphere in spades.

If you’re someone who likes cut-and-dried plotlines, satisfying finales and straightforward narratives, this probably isn’t the one for you. Some lovely looking cinematography, a couple of fantastic performances and a marathon dedication to style make this a wild ride that’s very unsettling and impressively ambitious – whether you think it pulls it off or not.