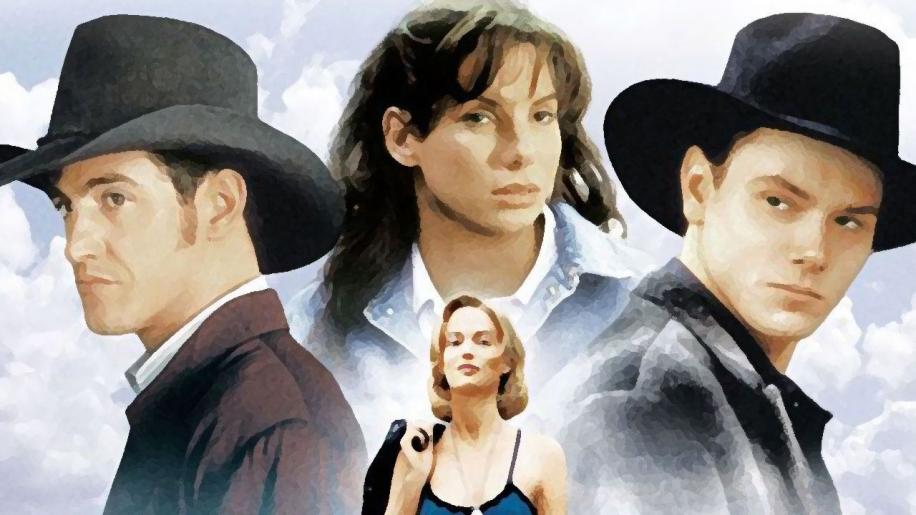 Arriving in an anamorphic 1.85:1 print, Paramount have come unstuck in the picture department, providing little more than a serviceable transfer, with some noticeable flaws. It's far from a overwhelmingly poor result, just a decidedly average one. To its credit the film is over a decade old now, although saying that the image quality is more akin to what we would expect from something produced in the mid-80s. The print quality is reasonable if lightly damaged, although it is occasionally uneven, lurching in colour level and noticeable grain from shot to shot. On the whole, grain isn't too bad, although it is apparent throughout, more so in some scenes than others. Digital artefacts are visible now and again, and occasionally do look quite apparent for brief spells. Shimmering is also a brief problem in certain scenes, although edge enhancements aren't as bad as they could have been. Overall we have quite a soft, undefined image, although nothing that impinges drastically on the viewing experience. On the plus side, Bogdanovich's astute use of a distinctive icy blue colour scheme comes off nicely here, and the darker shots are still well realised and clear. Despite the occasional aberrations in consistency skin tones are pleasing enough, and the blacks are solid. Hit and miss. Presented in Dolby Digital 5.1, the track is unfortunately somewhat of a missed opportunity. What it does, it does well for the most part, with clear audio and a reasonably crisp quality to the proceedings. As a surround mix however it falls well short of reference, with very little involvement from the rear speakers whatsoever for the vast majority of the movie. Being a production with a number of musical numbers you would expect the track to excel, but unfortunately here too is a mixed bag. The songs when they arrive do sound very good indeed, with a great full and rich quality to them, although again there is a disappointing lack of participation from the surrounds. What really hampers the audio however is the jarring and clumsy transitions from dialogue to the musical numbers and certain soundtrack scoring in the film. The track jumps noticeably from a more subtle and restrained audio straight into a much louder and more robust sound the second any music comes in. It's far from seamless, a little clumsy, and may require judicious use of the volume control. An adequate track, but no more. This disc comes with a relatively modest collection of extras, but I'm happy to announce that those here are most certainly worthwhile. Heading the list is an audio commentary with the director Peter Bogdanovich. Now Bogdanovich has a very distinctive (some less kind would say monotonous) and somewhat droning vocal style that makes you feel like you should be watching a game of snooker and not a Nashville based musical drama. Cursed with such an uninspiring vocal tone, lesser men may have turned the commentary into an endurance test, but credit to Bogdanovich as he maintains absolute interest from the get go. After being an integral part of the movie scene for nigh on half a decade in numerous capacities, the man clearly knows his proverbial onions. A well-schooled orator, his contributions are incisive, informative and wholly engrossing. Following this is the discs flagship featurette 'The Thing Called Love: A Look Back', which runs at 22minutes. Despite its brevity, this is a very good retrospective look at the film, and credit must be made to the producers who have assembled all the key players (and archival contributions from Phoenix) for interviews and reflections on the making of the film. Comprising clips, stills, and individual interviews, the featurette is broken into four sections discussing the songs, the actual filming, the experience of shooting, and the importance of the ending. Mostly led by the ever engaging Bogdanovich, this is a real treat for fans of the movie. Next up are two additional featurettes 'The Look of the Film' and 'Our Friend River'. Both run in at approximately 8 minutes in length and are compiled in the same format as the previous retrospective look back. The former deals with the distinctive visual style of the movie, whilst the latter comprises archive interviews with Phoenix and also contributions about the man from other members of the cast and crew. Rounding off the disc we have the obligatory theatrical trailer for the movie. An interesting and diverting ensemble piece from Bogdanovich which doesn't quite meet its own aspirations. A worthy discovery for aficionados of the Nashville sound of which there is plenty here, or fans of Phoenix, who gives a attention grabbing performance in one of his final roles, although perhaps not for all the right reasons.