“I dunno what the hell’s in there... but it’s weird and pissed off…” 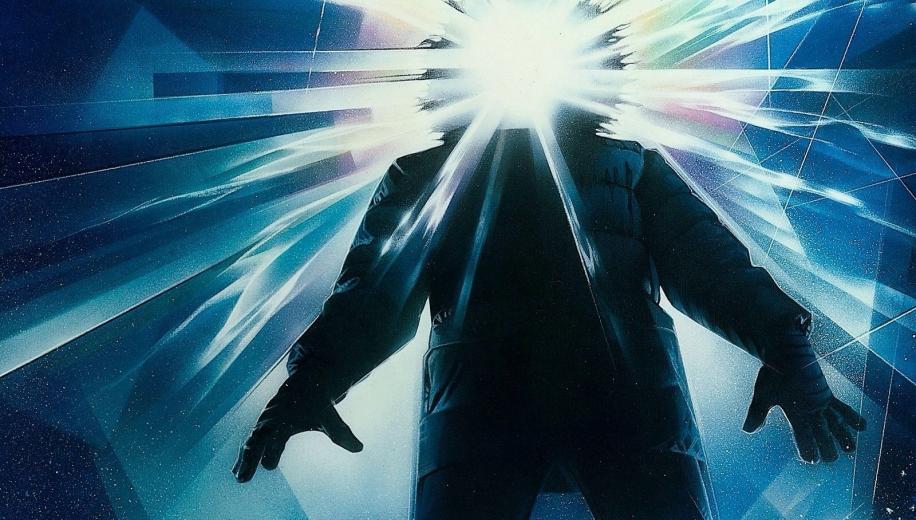 John Carpenter’s unquestionable classic on yet another disc release that may well be the best it's looked, even if it's not the best it has sounded…

Does any more really need to be said about John Carpenter’s The Thing? I mean, really?

Do we really need to mention yet again, its history and its dismal box office in a summer that is undeniably the greatest period of cinema releases ever, one that sees most of those releases still talked about reverentially nearly forty years later?

Do we really need to talk about the film also coming at the tail end of one of the greatest director's runs in cinema history (Assault on Precinct 13, Halloween, The Fog, Escape from New York, this), whilst at the same time representing somewhat of a departure for a filmmaker used to doing most things himself (writing, composing, etc)?

Does the incredibly taut script, honed by almost laser precision into a simple propulsive mystery narrative that at once enables thinly drawn characters on paper, its almost impossibly insane special make-up effects work and breathtakingly visceral and tension-filled set pieces to all shine without detracting away from its clinical and hugely nihilistic simplicity need, ironically, any more words being spent on it?

Does the cast, a mixture of classic Hollywood leading men and wonderfully grizzled character actors, who all inhabit their roles, making each one unique and memorable, even with very little screentime for most, need discussing any further?

Does the majestic Rob Bottin and his unparalleled use of special and make-up effects that to this day, surrounded by all the technology that the entire industry and decades of advancement can muster, kicks them all into dust need talking about any more?

Does Morricone’s haunting, terrifying, hugely atmospheric impression of a John Carpenter score doing an impression of an Ennio Morricone score and the fact that, amusingly, Carpenter was initially disappointed in it and wrote most of his own music really warrant any more waffle?

... an absolute masterpiece of a film

And finally, does the fact that its plot holes, of which the internet seems to have hundreds of sites dedicated to their fevered discussion, are embraced and celebrated rather than derided or criticised, and the fact that it gets away with doing terrible things to cinema’s last absolute untouchable – the dog – really need any further chatter?

John Carpenter’s The Thing is an absolute masterpiece of a film, the best remake of all time and really, nothing more needs to be said…

The Thing was shot on 35mm film and has utilised a recent full restoration from the original camera negative, done by Arrow for their previous release, to produce a new 4K DI from which this UHD is sourced.

Due to the love for this film, every previous release has been greeted with plenty of discussion and plenty of controversy. There was the case of ping-pong gate and the all-round waxy travesty of the first release from Universal back in 2008, then competing Shout and Arrow versions from new remasters in 2016 and 2017 respectively, one oft complained about being over-sharpened, the other some say is overly bright. To say it’s had history is somewhat of an understatement!

So where does this new edition stand in relation to those previous releases, specifically the Arrow release which this reviewer still owns, picture wise?

The first thing to notice is the richer, darker colour scheme of the image – slightly darker than the Arrow version, the vibrancy in these colours from the WCG employed, especially the dashes of colour dotted throughout the film, help give the image more depth and texture. Fine detail is considerably sharper and more noticeable, without ever feeling artificially so – the first clear examples include the establishing shot of the camp at 6:22 as the Norwegian helicopter flies over it when every mast is clearly delineated against the sky on the 4K disc, less so on the Arrow version; similarly at 8:26, the Norwegian with the gun screaming after the dog has razor sharp clothing lines on the 4K, a much softer version of which is on the Arrow disc; as MacReady arrives at the Norwegian camp by helicopter at 16:39, the crisp lines of the burnt clothing at the bottom of the screen on the 4K disc are nowhere to be found on the Arrow disc; and the list goes on…

A dash of subtle yet very effective HDR gives a life to the highlights, especially on the glistening of the various iterations of the Thing itself, but more so the depth in the many areas of shadow that are so important to the film. Grain is incredibly fine, noticeably finer than on the Arrow release. And yet there are some instances of grain management seen – nothing so egregious as to give the image a waxy sheen, but MacReady playing against the chess computer bathed in that sickly green glow looks to have a very smooth face indeed. These instances are very few and very far between though and, on the whole, the picture has a really solid and organic look to it.

Finally, the compression on the disc appears to be really strong – boasting a healthy bitrate of between 40-60mbps (even peaking into the 100s mbps), meaning no artefacts or macro blocking were seen at all.

This is a stellar image, even with the significant number of shots that look slightly out of focus around the edges thanks to Carpenter’s use of anamorphic lenses, and certainly the best The Thing has looked in direct comparison to at least two of the film’s previous HD releases (the reviewer hasn’t seen the US Shout releases to compare against) by a long way.

This disc has a new English DTS:X object-based mix and is the only English language track included, omitting any of the previous 2.0, 4.1 or 5.1 mixes found on previous releases.

Immediately making its overheads present with the helicopter dog chase, the track is solid. Solid in that it makes good use of the full speaker array – LFE is hefty when needed (check out the many explosions across the film), with some decent use of surround sound for spot effects as well as ambience. Dialogue is always clear and on the surface it’s a pretty good track…

... while it may be the definitive release visually, it's sadly not from an audio perspective

... however, in direct comparison to some of the audio tracks on the previous Arrow release, and in particular the 4.1 track, things sound a little odd. Tinkering has been done with the levels in the mix between all the elements and some of the new DTS:X track sounds odd – as Fuchs’ body is found in the snow, MacReady and Windows are shouting to each other in near silence on the DTS:X track, the background sound of the storm, the reason for their shouting, present on the 4.1 track oddly missing. Similarly, as MacReady and Childs get ready to hunker down for winter at the film’s conclusion, the slow pulse of the score is almost buried by the sound effects and dialogue in the newer track, a much better and even mix of all three elements is seen on the older track.

So, while in isolation, the new track is perfectly fine and has some fun moments in the verticality of it, in comparison to the older tracks it sounds odd in places and in some cases a little lacking. All of which could have been forgiven if these older tracks had been included but their omission means while it may be the definitive release visually, it's sadly not from an audio perspective.

The 4K UHD blu-ray contains legacy extras that are easily the pick of the all the extras gathered across all the film’s releases: the John Carpenter/Kurt Russell audio commentary (often regarded as one of the best there is), The Terror Takes Shape feature length making-of (again, an excellent watch, despite its advancing years) and a series of outtakes.

All other extras seen on previous releases – including the Shout and Arrow releases – are not included here so those with those discs will most likely want to keep hold of them for those.

However, given the LE includes the 2011 prequel (on the previously released Universal disc) and a CD soundtrack of the superb score (let’s just ignore the inclusion of the 2008 Blu-ray of the film shall we?), as well as a lovely booklet that includes script extracts, concept drawings and storyboards, and in a massively interesting and unexpected move, box art that matches Studiocanal’s previous 4K Carpenter releases, this version certainly has more than enough supplemental features for most people.

Note that the standard edition includes the 4K disc and the 2008 Blu-ray of the film only.

... the overall package is still an easy recommend

This new 4K edition offers up the very best video presentation seen to date and while the audio issues may be problematic for some, the overall package is still an easy recommend for all but the most fastidious of Thing-heads.

The Thing is released by Universal in the UK on 4K UHD standard and limited edition on the 20th September.