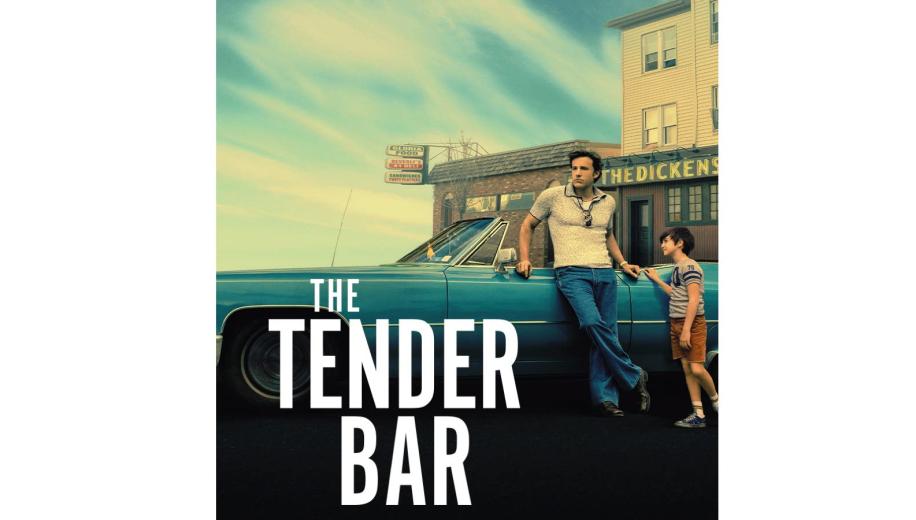 George Clooney's eighth directorial effort lands on Amazon and starts well with Ben Affleck on fine form, but can it stick the landing?

Clooney's an accomplished actor and a solid director, but he's never reached the directorial heights of his first couple of features - Confessions of a Dangerous Mind and Good Night, and Good Luck. He does solid work, with his last feature The Midnight Sky going to Netflix and proving one of its stronger efforts, and now this coming to Amazon. It's serviceable work, painting a warm biographical portrait - based on the memoir of J.R. Moehringer - and eliciting impressive supporting work from Ben Affleck, but it struggles to escape being slight, trying to evade it at every turn.

... struggles to escape being slight, trying to evade it at every turn

J.R. is a young boy raised by his single mother at his granddad's house, filling the void of a missing father figure with the strong guidance of his loyal bartender uncle, and steeling himself to learn his way to a future, despite carrying the burden of unresolved business in his past.

The Tender Bar lands as an Amazon Prime movie in 4K Ultra HD with HDR, and it's a very rich, rewarding period piece, drenched in subtle but pervasive sepia tones and dominant wood browns and yellows. Sure, it's hardly a 4K knockout, and in some ways it is more reassuring than anything else to see it gifted a 4K/HDR tag, and there are glorious moments - not least the fine lines on that Cadillac.

Clooney certainly gets the mood right, setting the period stage, both visually and aurally, courtesy of a selection of truly excellent song track choices, really immersing you in the environment and richly bringing to life this family of misfits - from grouchy but lovable granddad Christopher Lloyd (another choice extended cameo following last year's Nobody) to neurotic mum Lily Rabe (mainstay on American Horror Story), with Affleck's Uncle Charlie stealing the whole damn show, what with his charming but piecemeal words of advice and his Goodfellas-esque chewy drawl and expressions. He's the uncle everybody would want, and the film takes the time to establish this family and the relationship between the kid and this warmly supportive father-figure, especially when juxtaposed with the alternative. It's slight, sure, but heartfelt groundwork.

... a flawed but harmless effort

The trouble comes with the passing of years, shifting to an older ward courtesy of Taylor Sheridan who tries his best to carry the film without Affleck, but largely fails - perhaps not his fault, but more being lumbered with a thoroughly unconvincing love story that plagues the middle of the movie and is supposedly of some coming-of-age importance, but feels artificial as all hell. It's a wrong turn, which in another movie may have been more forgivable, but in a movie that was already this slight, it's pretty fatal. All that goodwill, all that charm, it dissipates, and you're left wondering what Clooney was thinking about making the movie in the first place, which is a real shame because he could have lost 15 minutes and turned in a warm 90 minute drama that hit all the right notes, didn't put a foot wrong and stuck the ending - which the film, thankfully does.

Affleck gives it some legs (doubling down on his impressive work in Finding the Way Back), coming in at the end to save the day, and The Tender Bar - for those with patience - is a fondly, mostly, immersive experience, showcasing some nice style, scoring and period flourishes. When Affleck's not on screen, however, it falters, and really it doesn't have a strong enough story to survive such missteps. A flawed but harmless effort which may still leave you with a slight smile and a warm feeling inside, let's hope Clooney has another memorable work in his directorial oeuvre to pull his average back up.

The Tender Bar is available on Amazon from 7th January 2022 in 4K UHD with HDR.