The Dirty Dozen by way of Guardians of the Galaxy. 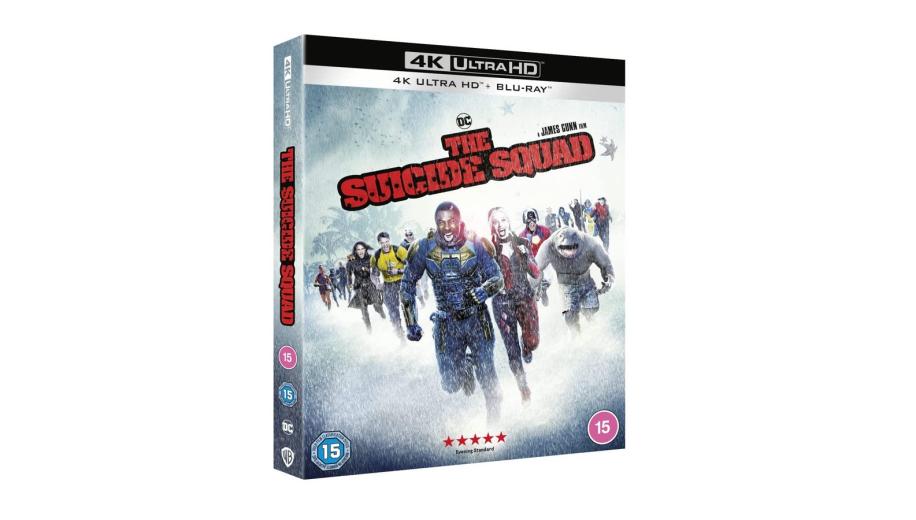 The Suicide Squad film we should have had first time around, James Gunn's sharply witty, deliciously stylish and - above all else - utterly fun sequel/reboot continues DC's inconsistent trend for delivering surprise gems.

Wasting zero time in establishing the M.O. for this far more appropriately disposable Dirty Dozen of the superhero realm, Gunn's THE Suicide Squad lands with a bang, wiping out a slew of familiar faces whilst briefly reminding us of the basic premise - a bunch of distinctly expendable super villains who are given a chance at a reduced sentence if they embark upon missions where they are more than likely going to die. After being reintroduced to a few returning characters - some of whom are disposed of almost as soon as they return - we hit the main mission, which involves a largely new squad heading off to save the world, or die trying.

Gunn's got 132 minutes to play with here, but his The Suicide Squad moves at a rollercoaster pace, and is wonderfully disarming in its playful sense of humour and colourful characterisation. It really is everything you could possibly want from a Suicide Squad movie, which comes as even more of a pleasant surprise after the last disappointing effort - and doubly so when you find that Harley Quinn, who was hardly served well in either the first Suicide Squad or her solo-ish vehicle Birds of Prey, is finally done justice too.

... the casting is top notch, just a succession of winning choices really

The casting is top notch, just a succession of winning choices really. Idris Elba - replacing Will Smith's Deadshot with a hastily rewritten story for his unlikely Superman antagonist, Bloodsport - has an absolute blast as the straight man of the piece, frequently lost for words at the idiocy he's surrounded by. And he's surrounded by some delightful maniacs too, sharing some nice chemistry with Margot Robbie's Harley, but really riffing off a wondrously blunt John Cena who goes full Drax in a knowing role a million miles away from his blunderously dull part in Fast 9 (the shoot-off between Bloodsport and Cena's Peacemaker in the village is, alone, worth the price of admission). Stallone's King Shark is also absolutely hilarious, chomping his way through some of the best lines in the entire film.

Joel Kinnaman's Rick Flag is far more tolerable this time around, and only marginally redundant, but the other big standout is Robbie, who has always played the definitive Harley Quinn, but has never been lucky enough to be in a movie that made good use of the character. Until now. Quinn gets her own extended sub-plot that is a magnificent bit of mad love, really embracing the wild but romantic lunacy of the character - it's a half-hour sidetrack that puts the entirety of Birds of Prey to shame.

And that's really what The Suicide Squad achieves, at the end of the day, standing out amidst DC's very mixed bag of productions as a very bloody, and very bloody good fun entry that is arguably also a little big of Gunn Unleashed magic, without the constrictions of Disney, and that is most definitely THE Suicide Squad.

Detail is fabulous, with the rather mature superhero production afforded a more ostensibly grimy, dirty sheen than its predecessor, but never allowing those stylistic flourishes to affect the integrity of the underlying image. Slo-mo parades through the rain are magazine-cover-worthy, with the droplets of rain visible, the hair and clothing drenched, the colours vibrant and popping against the juxtaposition of a dreary backdrop, and minute details visible across the image. Longer shots of massive destruction still maintain impressive CG work, and tangible, pervasive damage, whilst gifting it an epic feel (in spite of the seemingly tangential nature of these tales - they may be set apart from the larger DC universe, but Gunn makes it clear here that they're no less important, or less epic).

HDR, WCG and Dolby Vision (or HDR10+ if you have it) bring some rich and vibrant tones to the seemingly dull landscape, with grimy city streets, or rain drenched jungles - or even nighttime beach assaults - lit up by colourful costumes (Harley's red dress in particular) and eye-popping pyrotechnics. Again, it's a gritty, dirty flick, but Gunn's ability to still enhance it with some wonderful comic book vibrance is admirable, giving us wondrously visual moments like Harley's "Oldboy" moment, or even the reveal of the Big Bad itself. It's a glorious image, almost impossible to fault, and an underdog contender for demo material.

The Suicide Squad's 4K Ultra HD Blu-ray goes for full-throttle 3D High Definition object-based immersive audio in the form of Dolby Atmos and, much like the video - although arguably less surprisingly so - is utterly demo, and up there with the best of 2021.

Dialogue comes across with clarity throughout, given priority and prominence across the frontal array, but it's the effects that bring forth both the discrete dynamic work, and also the LFE input, with thunderous gunfire as well as nuanced tech creating a diverse aural space - and that's even before you throw in a giant city-smashing Kaiju. Zombie hordes, legions of gun-toting bad guys, a one-upmanship raid on a rebel village, or even that opening - squad-depleting - beachfront assault, all provide exceptional moments of audio mayhem, whilst the score is suitably punchy and engaging throughout. It really is a blisteringly excellent ride.

Warner's 4K release of The Suicide Squad affords a bevy of extra features which tick all of the right boxes but for, perhaps, the fact that they're still not being included on the damn 4K disc itself, which only wields the Audio Commentary and a single solitary feature.

The remaining, plentiful, extras beyond the Commentary, include a barrage of BTS Featurettes, Scene Breakdowns, Gag Reels, Deleted Scenes and Trailers.

Five years later than expected, and coming about largely due to Disney's temporary mistreatment of director James Gun, but we finally got a decent Suicide Squad movie. It's perhaps with unsurprising irony - given the similar trajectory of Snyder's Justice League - that it would utterly flop, partly due to the pandemic and perhaps partly due to the slightly too on-the-nose titling (it's funny and everything, but ultimately bad marketing when you're trading so closely to the same title as a film which really isn't regarded very well). But hopefully the Studios know that, which is why we're due at least one HBO Max spin-off and, with any luck, more Gunn DC projects in the future.

Warner's UK release of The Suicide Squad is great too, with exceptional native 4K Dolby Vision and reference Dolby Atmos, as well as a bevy of extra features. Don't be put off by the first movie, Gunn sets things straight here - this really is the Dirty Dozen by way of Guardians of the Galaxy movie that everybody was hoping from him.

The Suicide Squad comes to 4K Ultra HD Blu-ray courtesy of Warner in the UK, released on 8th November 2021.